In Conversation with Akwasi Bediako Afrane

Becoming a Prosthesis to TRONS

By refashioning discarded electronic gadgets into “TRONS,” Akwasi Bediako Afrane gets to the bottom of consumer culture within capitalist society.

In the artist’s work electronic gadgets no longer serve as prosthetic apparatuses but are transformed into anti-machines, where user and gadget switch positions. C& took the chance to speak with the Kumasi-based artist, who is a finalist of this year’s Henrike Grohs Award, about his creative process, his influences, and his most recent work, TRONS Factory.

Contemporary And (C&): You refashion discarded electronic gadgets into new machines. Could you tell us about the context in which you are creating this work?

Akwasi Bediako Afrane: With their proliferation, electronic gadgets have become essential “must-have” prostheses for most humans. As consumers, we accumulate and discard more and more of these technological products in the name of “upgrades.” By refashioning discarded gizmos into TRONS and re-presenting them in an unhinged state of being in relation to the capitalist system, they are offered as a lens through which to critique consumer culture. These TRONS come into existence through a process of augmentation by which I become prosthesis to these gadgets, bringing into question a very important discourse about the paradoxical space of human and machine interaction in a way that disrupts the humanist credo. 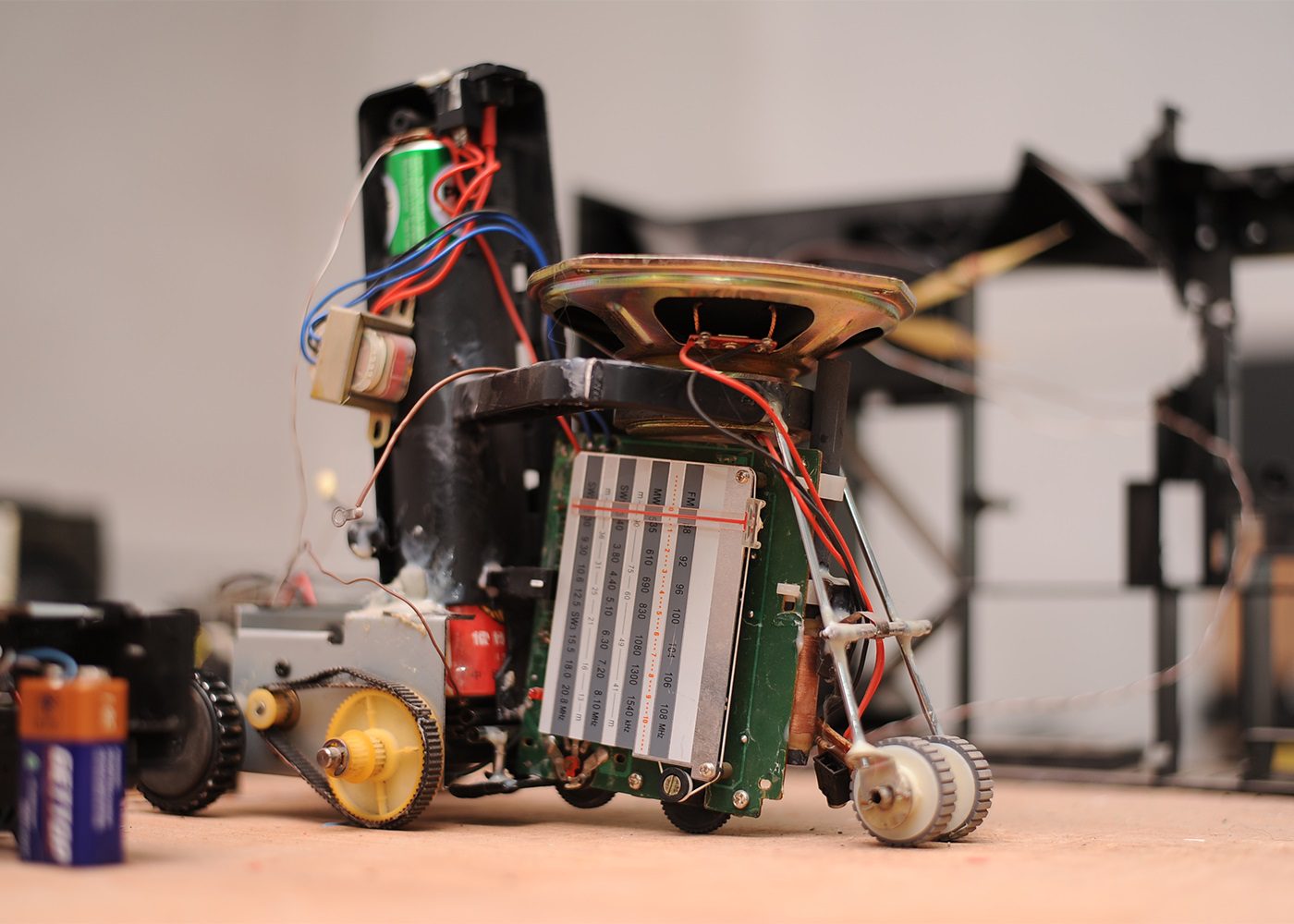 C&: You are also interested in the histories of discarded electronic gadgets, specifically in their relationship to humans. To what extent could your work be understood as continuing or disrupting the anonymous, participatory, or imaginary experiences former users would have had with those devices?

ABA: My projects introduce TRONS as familiar yet alienated or futuristic gizmos. The very idea of TRONS is a disruption of accustomed experiences, although visceral traces of what was shared between prior users and their gadgets may remain after transformation into TRONS. These gadgets continuously transition until they are discarded (). At the stage of becoming TRONS (through studio processes), their state of being is disrupted inversely, and their normal life as machines that serve as prosthetic apparatuses is altered. Here, they trade places with their new proprietor (myself) as I become prosthesis for their functions. In this state, these gizmos seize to be machines in traditional sense and become anti-Machines, para-machines, meta-machines, and trans-machines. 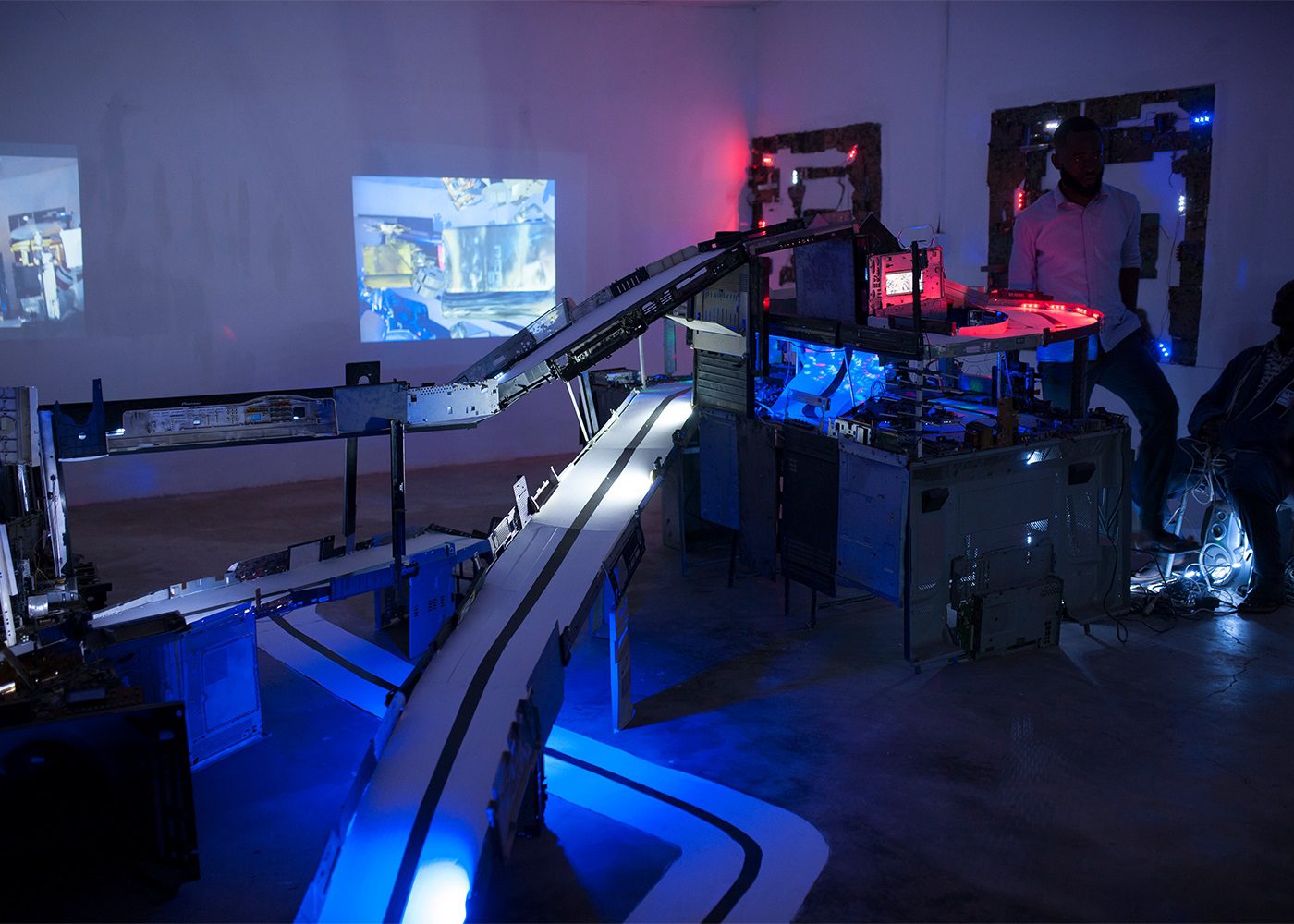 C&: What has been a strong influence on you as an artist and your concept of art making?

ABA: I believe the strongest influence can be credited to my community, where as a child, the very act of mischievousness birthed creativity, manifesting in creations such as tin-can vehicles, spark-plug guns, garden-chafer-box planes, and many other objects. These experiences shaped my interest in the act of creation, while my present artists’ communities in Kumasi have been great in shaping my thoughts and practice through communal interactions. 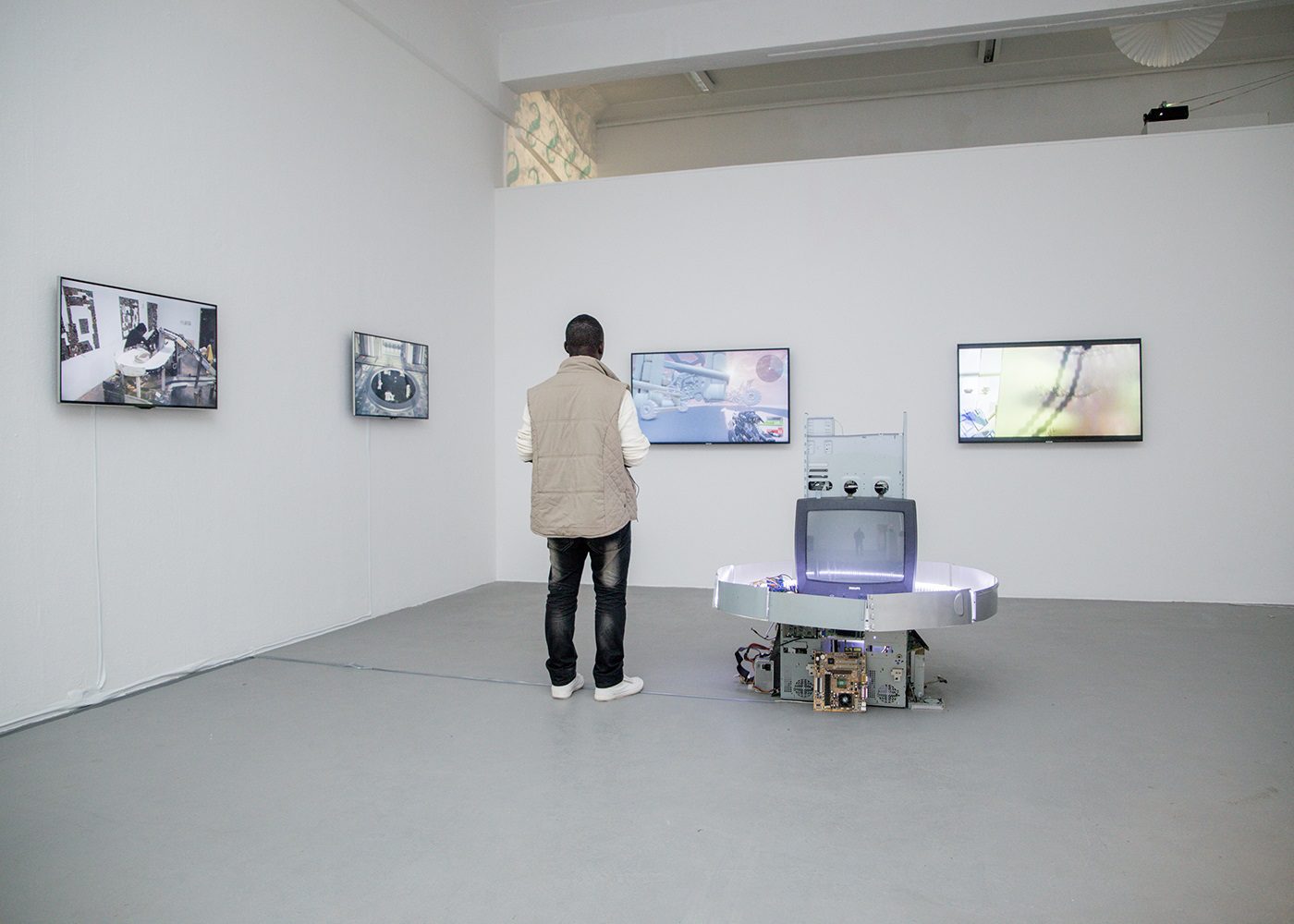 C&: Can you tell us about your most recent project?

ABA: Yes. TRONS Factory. This project is geared towards the idea of interactivity and the dissemination of my ideas to audience through the gaming virtual platforms. This experimental gaming project utilizes Epic’s Unreal Engine. I focus on open-world environment mostly explored within adventure games and borrow from this culture to create games that will virtually take audience through my thought processes, studio environment and exhibitions.

Akwasi Bediako Afrane (b. 1990) is a Ghanaian artist living and working in Kumasi, Ghana. His works explore the idea of augmentation and extensions between technological gadgets and humans. He works with discarded electronic gadgets which he refers to as “amputees”. He refashions and repurposes these amputees into machines and micro-organisms he describes as “TRONS”. These TRONS become potential platforms and media for reflection, engagement and interactions. His TRONS, stripped bare of their familiar housing become mechanical gizmos subsumed with the consciousness of previous owners of these gadgets and himself.