Art Practice is a Bodily Function

Dallas-born Brooklyn-based filmmaker Terence Nance doesn’t self-subscribe to any descriptions but, he tells Misa Dayson, is more of an Afrosurrealist than Afrofuturist

I recently had the pleasure of meeting with filmmaker and visual artist, Terence Nance, who first garnered attention for his 2012 critically acclaimed debut feature film, An Oversimplification of Her Beauty. On a cold January day, before Nance headed to the Sundance Film Festival to screen his newest work, Swimming in Your Skin Again, we enjoyed lunch at a Haitian restaurant in Brooklyn while discussing artistic impulses, cultural labeling and politics.

Misa Dayson: For an audience who might not be familiar with your work and your films, how would you describe yourself as an artist?

Terence Nance: I make stuff that is trying to follow my impulses in a really pure way. I try to create from my subconscious without filtering through my conscious or any ideas about propriety, identity or culture. For me, at the end of the day, the most important thing is the sanctity and the rhythm of a process. That includes the day-to-day process of waking up, meditating, hugging my wife, seeing stuff, watching people. Trying to build a sustainable process of being is the first step in my process of making anything. Usually that comes out in film-related work, things that use motion picture and sound.

MD: So your process doesn’t necessarily start from a specific idea? It’s more about moving through your day, seeing what comes up from just existing in the present moment, and guiding yourself toward what story wants to be told?

TN: I do have a concrete concept. I would say that .05% percent of what comes up in my mind actually gets made and gets out of my mind (laughs). There is obviously some sort of filtering process. But for me that is the biggest struggle, that’s where most of the time gets wasted. I also try to avoid questions like: “How much will this cost?”, “Will people like it?” or “Will people be offended by it?” and “Will it be hard for me to make?” I try to strip away all of that and the creative process becomes more about being, like a bodily function. Like breathing, inhaling and exhaling, eating, metabolizing or defecating. For me, culturally and personally, I think that’s what a contemporary art practice is: a bodily function. It’s just something that must happen. So what I end up making, hopefully, is the thing that just needs to come out. 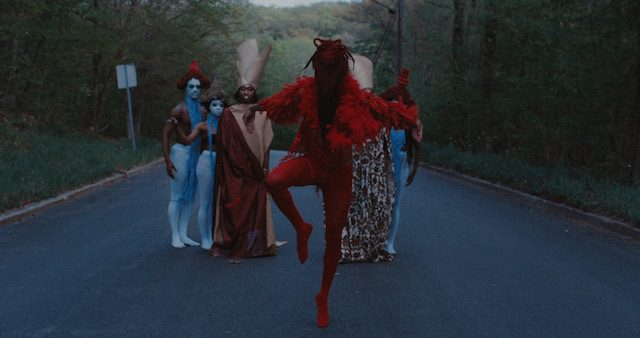 Terence Nance, You and I and You, 2015. Video still. Courtesy of the artist

MD: How did you know you wanted to be a filmmaker?

TN: I didn’t really have that moment. I still don’t really identify as a filmmaker per se. I identify as an artist generally. My mom is an actress and directs plays. My dad is a photographer. I think I was always around the tools. I just didn’t know what a director or producer was until well after I had finished my first short film. After that I was making a feature film and still didn’t know what to call myself. So, I never had that moment. I just think about what I want to make next.

MD: Some people define you as an Afrofuturist artist. Do you identify with that term?

TN: I don’t self-subscribe to anything. Like Miles Davis said: “I just make the shit up and let ya’ll figure out what to call it” (laughs). But if I was just another viewer watching my work, I’d probably use the word Afrosurrealist before Afrofuturist.

I think Afrofuturism is a brand. It sounds really cool and it’s a good descriptor for, sort of a genre now, of understanding that everybody’s Black (laughs). We obviously have a presence in the past. That presence has to be carried forward in representations of the future as sort of an assertion of our marginalization; an assertion that is in reaction to our marginalization. I don’t really think of railing against it so much. So, I think of Afrofuturism as a concept, as a brand, is on some level about railing against, fighting against, that process of marginalization that is sort of the machination of White supremacy. For me, the brand of Afro-futurism that I think is evolving and more interesting is what Martine [Syms] put in the “Mundane Afrofuturist Manifesto.” Because the future is then and now, tomorrow, whatever. And that doesn’t necessarily rock with the brand that most people know, but it definitely, I think that’s starting to be—I think because of Martine actually, almost specifically—is starting to be the brand. What she put forth in that document with the work she’s making. 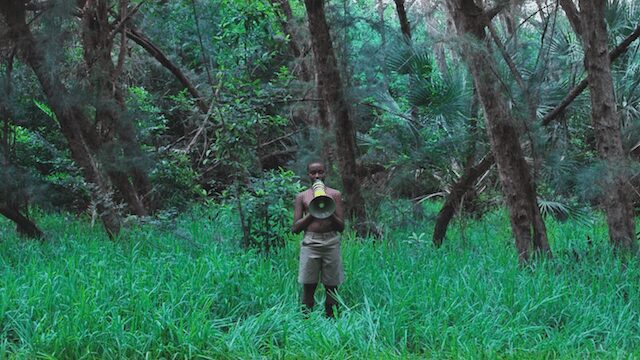 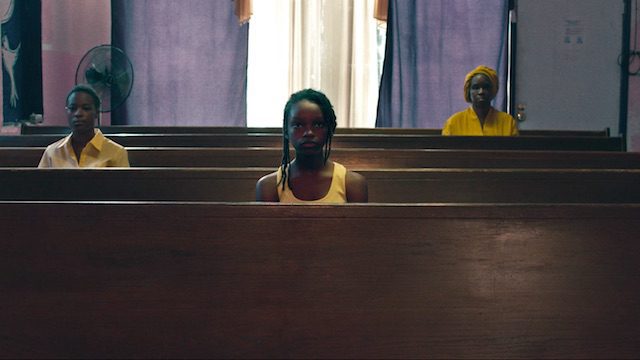 Terence Nance, Swimming in Your Skin Again, 2015. Video stills. Courtesy of the artist

MD: What projects are you working on now?

TN: I am co-directing a film on skin bleaching creams with Chanelle Aponte Pearson. It basically follows one subject in different regions across the world where people bleach their skin. It’s strictly observational and intercuts between a few stories. It talks about the psychological state that results in somebody deciding to change their skin cosmetically and artificially. It’s culturally specific, not like, “everybody wants to be French-looking.” Its not that simple. So, we try to find as much nuance as we can in the observing of people.

I am also working on a film script. It’s about the absurdity of the political process, the legislative process, the American political theater. About the invisibility of the Black body, the Black female body, and the elderly Black body, in the minds and hearts of Washington, D.C. And really, all political bodies. A lot of stuff is on their minds, but we’re not it. It’s like that last frontier of invisibility.

MD: What is the role of politics in art? Do artists have a responsibility to address what’s happening in the contemporary moment when it comes to Black life?

TN: No. I don’t think any artist has a responsibility to participate in any conversation with their work. I do think that as a Black person, I was raised to feel responsible to feed the culture that birthed me. To make sure it’s around, to make sure that it is moving. That I have a say in where it goes because I was raised that way. I was raised, in general, to know that if you don’t tend to something it’s gonna die (laughs). If you don’t water that plant it’s gonna die. But I don’t think that has anything to do with me being an artist. Sometimes this sort of colors what I do with the responsibility that I feel everybody should have. I think that’s just a human thing. There are probably cultural nihilists who’d say these things don’t mean anything, and that’s valid too. But I was taught that there is stuff that resulted in me being here, and that had value. That stuff is worth keeping around.

Watch Terence Nance’s acclaiming films You and I and You and Frenel here:

Misa Dayson was born and raised in Harlem. She is an author, filmmaker and is currently PhD candidate at the University of California, Los Angeles.