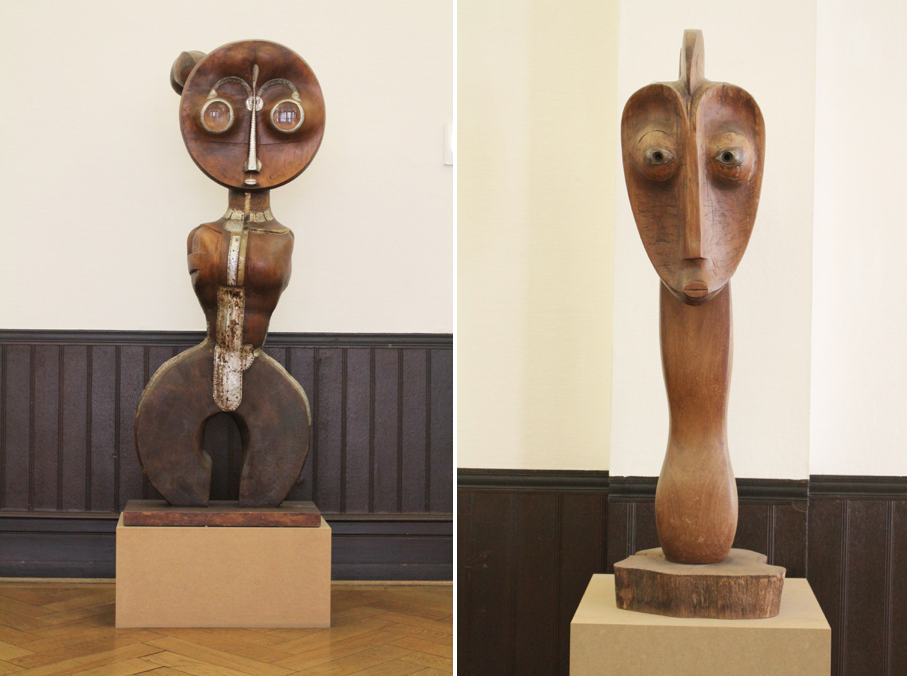 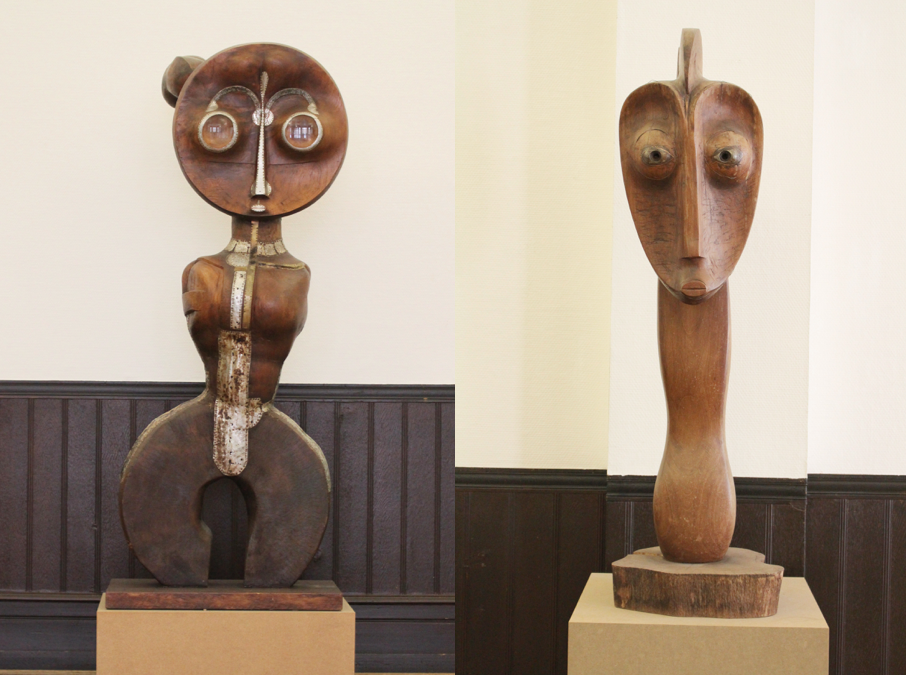 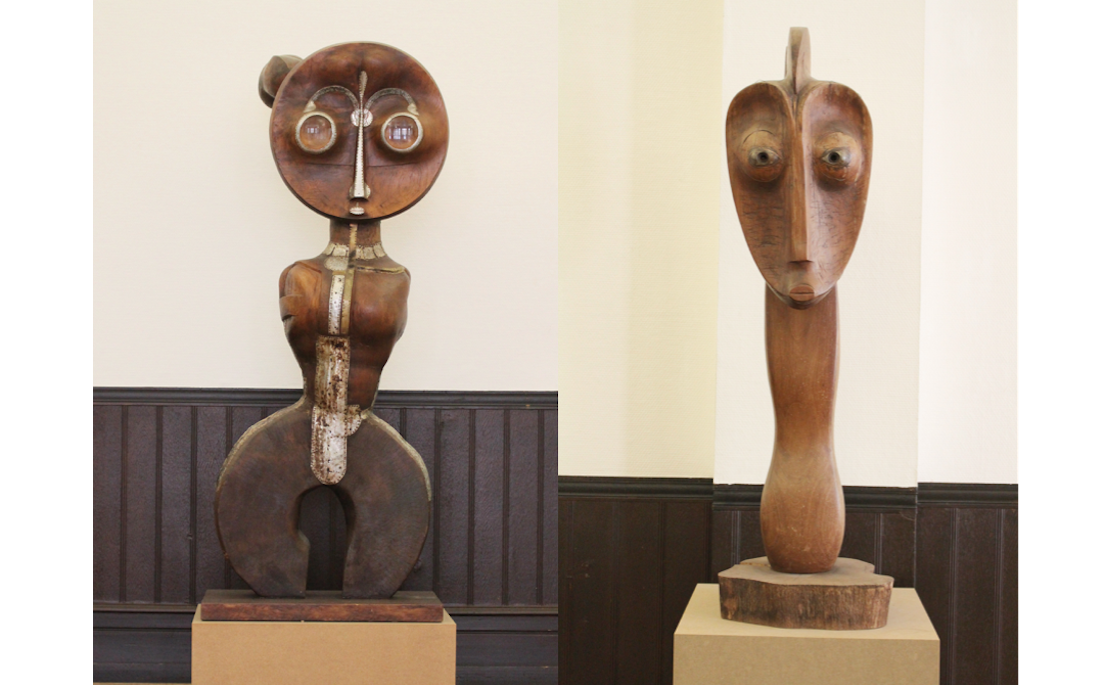 In Conversation with Francis Nnaggenda II

By expediently excluding Ugandan masters from a rich East African heritage, the 2018 Kampala Art Biennial's (KAB18) The Studio subjects Ugandan mastery to pettifogging criticism. The biennial "Masters" selection process may alienate the current Ugandan generation from its historical context and thus escalate the identity crisis within the industry. Two young curators form Uganda spoke to legendary artist Prof. Francis Xavier Nnaggenda. This time Philip Balimunsi discusses with him his love for Africa, the richness of Ugandan culture, and what the British contributed to it after half a century of colonization.

The 1962 Makerere “Negritude” conference positioned post-independent African culture towards a decolonization discourse, which KAB18 renders trivial. Whether or not it was ironically initiated with a hidden political agenda, the Congress for Culture Freedom (CCF) and Black Orpheus through this conference asserted independence and decolonization ideals amidst acknowledgement of colonial legacies. Notwithstanding, the Central Intelligence Agency’s (CIA) covert operations dramatically twisted the fate of the conference, resulting in Rajat Neogy’s arrest by Milton Obote over political suspicions of espionage. Such a gag to creativity by the following regimes worsened freedom of expression, driving countless nationals into exile, among them Prof. Francis Xavier Nnaggenda who would spend part of his academic and professional life between Kenya, Europe, and America. Born in 1936, Professor Nnaggenda is a retired lecturer, former head of department at Margaret Trowell School of Industrial and Fine Arts, and a renowned founding artist of East African modernism with tremendous authority over form and space, backed by conscious and great knowledge of ethnicity and tradition. His versatile practice explores experimentation with a varied range of media and genres, including poetry, painting and sculpture. Works include The Spiritual Messenger (1970), The War Victim (1980), Amakula ga Kabaka (1999), and Mother and Child (2002). This interview attempts to reconcile a Ugandan arts and cultural exhibition memory, reality, and visual learning environments by initiating a homecoming interrogation process into a network of relational experiences that intellectually shape the philosophies of Prof. Nnagenda’s artistic mastery.

C&: Who are your influences?

Francis Nnaggenda: I don’t know! I don’t work to be influenced or influence anyone, but what drives me is the great love for my country and continent. When I am creating my work, I always think about Africa, African experiences, and the sense of belonging. I read a lot about the origin of Africa as a unity, and in my work I represent the entire continent and mankind. Most of all I feel Africa at heart.

FN: Everything depends on your capacity of creativity; remember Albert Einstein went against the norms of science to create new ideas. If I use clay to create form, is that recycling? Because we don’t create clay, yet it’s a medium we use to create new experiences. I use any material to speak the language I believe in and render an experience I intend to tell in a dimension that is very different from the norm.

C&: The 1962 conference aimed at change with emphasis on the negritude debate. Considering your exposure to and experience of Europe and America, how do you navigate conflicting civilizations that Africa grapples with in its decolonization discourse?

FN: Hold on, “sebo!” (Luganda to mean “Mr.”) Exposure is not getting on planes! Exposure “ogenda nayo” (Luganda to mean “you go with it”). My name “Nnaggenda” is a proverb which goes: “Nnaggenda bwagenda gy’agenda, bwadda, adda ne k’aba nako”. It translates to, “When Nnaggenda travels, he returns with what he travelled with in his possession”. When I encounter Western experiences, I compare them with what we possess at home. For example I learn from how Europe and America explore the concept of museums and collection care, which we largely lack in Uganda. However, our heritage is rich with content and globally no experience rivals it.

C&: The English language and culture seems to be an endangering phenomenon that the 1962 “negritude” African conference at Makerere had foreseen even before independence. With the recent widespread addition of Chinese, what is the position of Ugandan culture within a geopolitical discourse?

FN: Oh yes! English has already endangered our culture. None of my children has ever called me “dad,” even in America; they speak Luganda at home.

The many elements and waves Europeans brought to pre-colonial Africa succeeded by destroying African heritage to control and possess us. If the British colonized us for 50 years, what did they leave us with? Roads! These only connected to areas that were of commercial interest to Europeans. English has become a measure of knowledge and social status in Uganda and has diminished Ugandans that are inarticulate, ineloquent and illiterate to a class of inferior and less valued citizens. Formal discrimination has continued to threaten cultural structures, diminishing most less educated elders to levels of “Ffe abawansi” (Luganda to mean “we the lower class”), which has become a common expression in Ugandan social stratification. Foreign languages and cultures have and will continue to destroy the patriotic fibre of Ugandans if eloquence in foreign languages remains a defining factor of our society.

C&: What key ideas would you want the new generation to draw from your practice?

FN: Influence or addiction in our context is very difficult to fight against. It’s like pulling a rubber that has the power of elasticity to pull you back. To pull this rubber beyond the first point, you must have a purpose to resist its pushback force. That resistance is what you need to develop with a collective effort and dialogue to understand each other’s thinking. You need to be humble and simple in order to synchronize with each other, discussing whether the other’s contribution makes sense, or even how to expand it. Determination also matters.