Art Between Censorship And Complicity

The 13th Havana Biennial takes place from 12 April to 12 May 2019 under the title “Construction of the Possible”. The event appears to aim for an opening and a decentralization of the Cuban art scene. But things aren’t always what they seem. An analysis by Aldeide Delgado for Contemporary And (C&) América Latina.

Adler Guerrier, Untitled (Beckoned by the light and passage to an enabling and condotion-shapingland - stationed on Bscayne Bay), 2017. Christian Hernandez David Castillo Gallery.

As part of the promotional campaign for the 500th anniversary of the city of Havana, the 13th Havana Biennial – as a product of international cultural tourism – offers visitors an optimistic experience: a celebratory atmosphere marked by an influx of new ideas, the circulation of people from abroad and a feeling of well-being in a public space “free of conflicts”.

Visitors (curators, critics and collectors) explore the native landscape and seek direct contact with local Cuban artistic production. Meanwhile, the creators assist in the preparation and installation of works, interventions in abandoned buildings, and festive meetings under institutional protection. As Havana celebrates its 500th foundation anniversary, the city maintains the international appeal generated by its political climate, the “spontaneity of the people” and the “richness of its landscapes”. The city is transformed for tourism with the construction of new buildings – all in the midst of a generalized social decline.

By the end of 2017, the devastating effects of Hurricane Irma caused the cancellation of the 12th Havana Biennial, originally scheduled for the final quarter of 2018. The decision to postpone the Biennial provoked considerable reactions within the Cuban art scene. Artist Luis Manuel Otero and art historian Yanelys Núñez organized an alternative biennial, the #00Bienal de La Habana whose execution – against the official resolution – was carried out from independent spaces such as artist studios and houses. The #00 Biennial of Havana kept the spirit of the Biennial alive during a time of crisis and, alongside exhibitions such as the Cuban Arts Festival: From The Island to the World, in Washington D.C. and Ola Cuba, in Lille, France, sustained the discussion of – and with it the international interest in – Cuban art.

In “The tourist as a spectator of contemporary art” (1999), Pedro Cruz Sánchez and María Teresa Marín maintain that exhibitions become large operations of marketing and well-studied advertising campaigns that, at the time of creating the product, also create the social demand for it. The best strategy for the 2019 Havana Biennial would have been to invite Luis Manuel Otero and Yanelys Nuñez to discuss the experiences from the #00Bienal, present the catalogue and analyze what other narratives and management models the alternative biennial fostered. Their participation in the current Biennial would have meant a reconciliation, a hope for – or illusion of – creative freedom. However, under the shade of Decree 349, Otero was detained by the authorities on the 4th and 11th of April 2019 to prevent actions during the Biennial. From his home in Old Havana, the artist is now preparing the Biennial without 349, an alternative biennial where he will exhibit the series Se USA: a tribute to microhistory and a claim to the freedom of opinion.

For the 2019 Biennial and with the purpose of “decentralizing” the Cuban artistic scene (a strategy already put into practice in the #00Bienal under the motto “In each studio, a Biennial”), several artists open their houses to present curatorial and collaborative projects. In his home in the Párraga neighborhood, artist Reynier Leyva Novo inaugurates the exhibition Homeland, Death and Sugar on the issue of slavery. The creative duo consisting of Cara Lewis and Alejandro Figueredo presents the exhibition Common Tunes at a residence in Vedado. In the words of its organizers, this event proposes the ludicrous and the absurd as strategies to narrate the history of simple and everyday events.

For the first time, the Havana Biennial extends its scope to other provinces of the country. In Matanzas, artist María Magdalena Campos-Pons draws attention to the historical, cultural and geographical relevance of her native region. The project Intermittent Rivers brings together more than forty national and international artists including Cullen Washington, Adam Elkins and Carrie Mae Weems.

The title for the 13th Havana Biennial is The Construction of the Possible. The event runs from 12 April to 12 May 2019 and includes 60 collective exhibitions, 36 personal and two-person exhibitions, 85 open studios and 19 interventions in public spaces. The Biennial will also host artists from Africa (Mali, Republic of the Congo, Benin, Kenya, Morocco, Senegal, Nigeria and Egypt), the Middle East (Syria and Iran), Europe (Spain, Finland, Germany, France and Portugal), Asia (Japan, China, India and the Philippines), Latin America (Argentina, Colombia, Chile and Mexico) and the Caribbean (Barbados, Martinique, Haiti, Puerto Rico and the Dominican Republic). 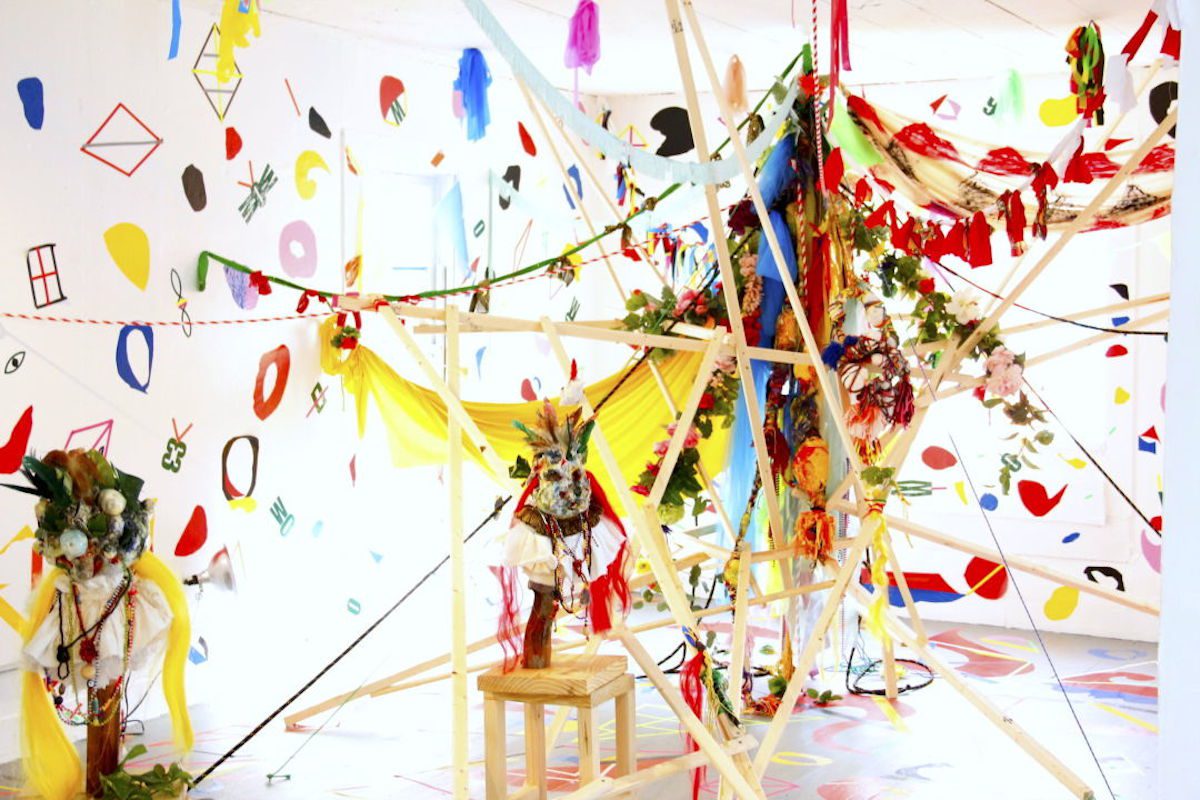 Alongside the main exhibitions is the collective exhibition at the Wifredo Lam Contemporary Art Center, with artists such as David Beltrán (Cuba), Camilo Yañez (Chile), Maya Watanabe (Peru), Abdoulaye Konaté (Mali), Alexia Miranda (El Salvador) and Adler Guerrier (Haiti-USA). The latter departs from the exploration of Haitian heritage in Cuba to reflect on the characteristics of the Caribbean landscape. In the collective exhibition at Casa de México, Charo Oquet (Dominican Republic-United States) offers a similar approach. Her installation Voices from Calibán explores the cultural practices of Afro-Caribbean communities based on the notions of joy, hope and healing.

In number 307 of Calle Malecón one can find Cumanana (Pa’Nicomedes Santa Cruz, Nicolás Guillén and Alanna Lockward), by artist William Córdova (Peru-United States). Córdova’s work is a reflection on the dialogues of the African diaspora in the Caribbean and the Americas, departing from the intersection of the values ​​between Andean architecture and contemporary vernacular architecture. At the Spanish American Cultural Center, Óscar Figueroa (Costa Rica) presents On the Other Side of the Railroads, a set of works rethinking ideas of progress and modernity in Central America.

Aldeide Delgado is an independent historian and curator. During 2018, she was a fellow of the School of Art Criticism (INBA-Siqueiros Project) with the support of the Jumex Foundation and PAC. In 2017, she was awarded the Critical Test Research and Production Grant issued by Teor/ethics. Her interests include gender, racial identity, photography and abstraction in the visual arts. She has been a speaker at The New School, CalArts, Miami Spanish Cultural Center, Casa de las Américas and the 12th Havana Biennial. She is a collaborator of Artishock, Terremoto, C& América Latina and Art Nexus in Miami.