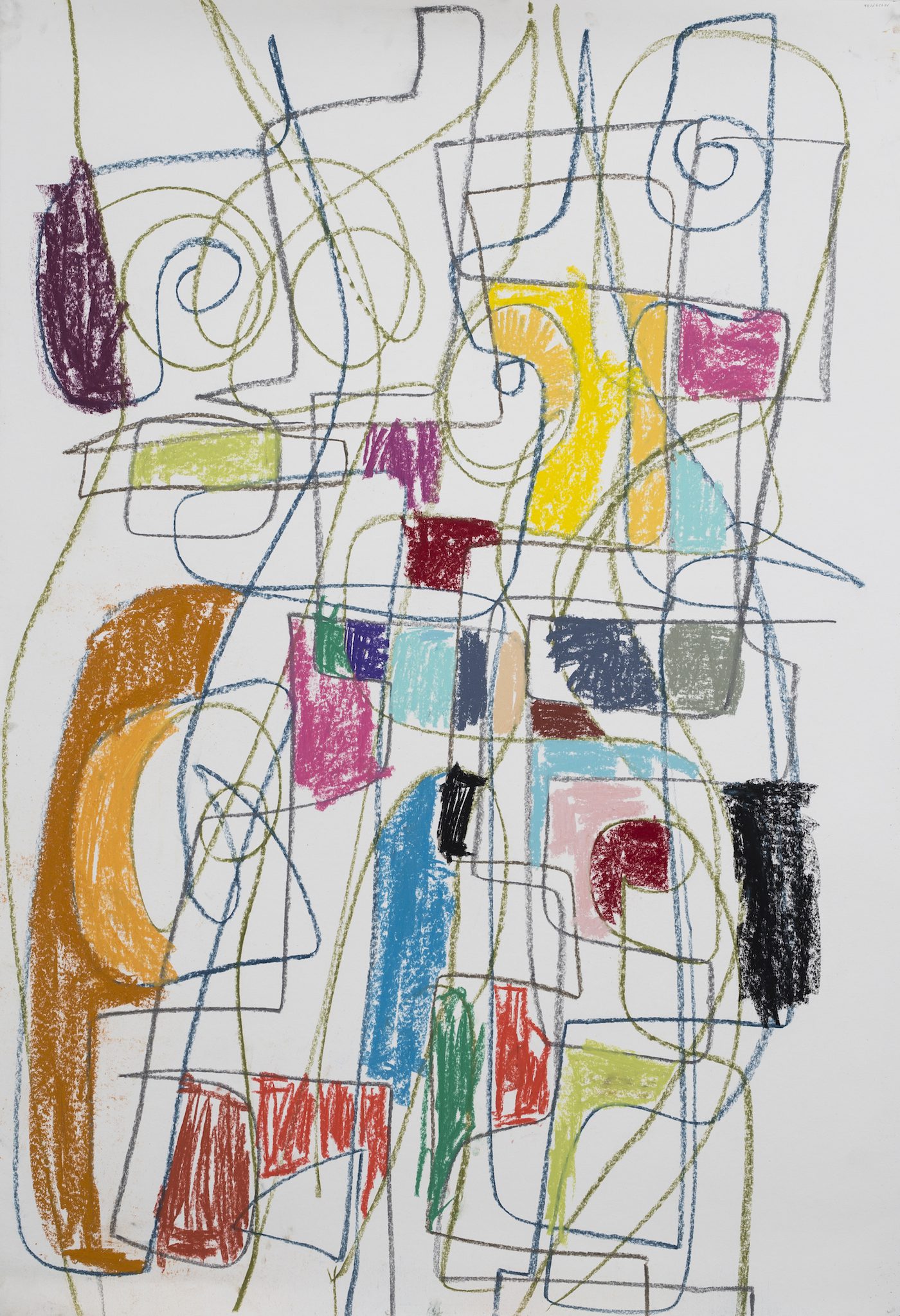 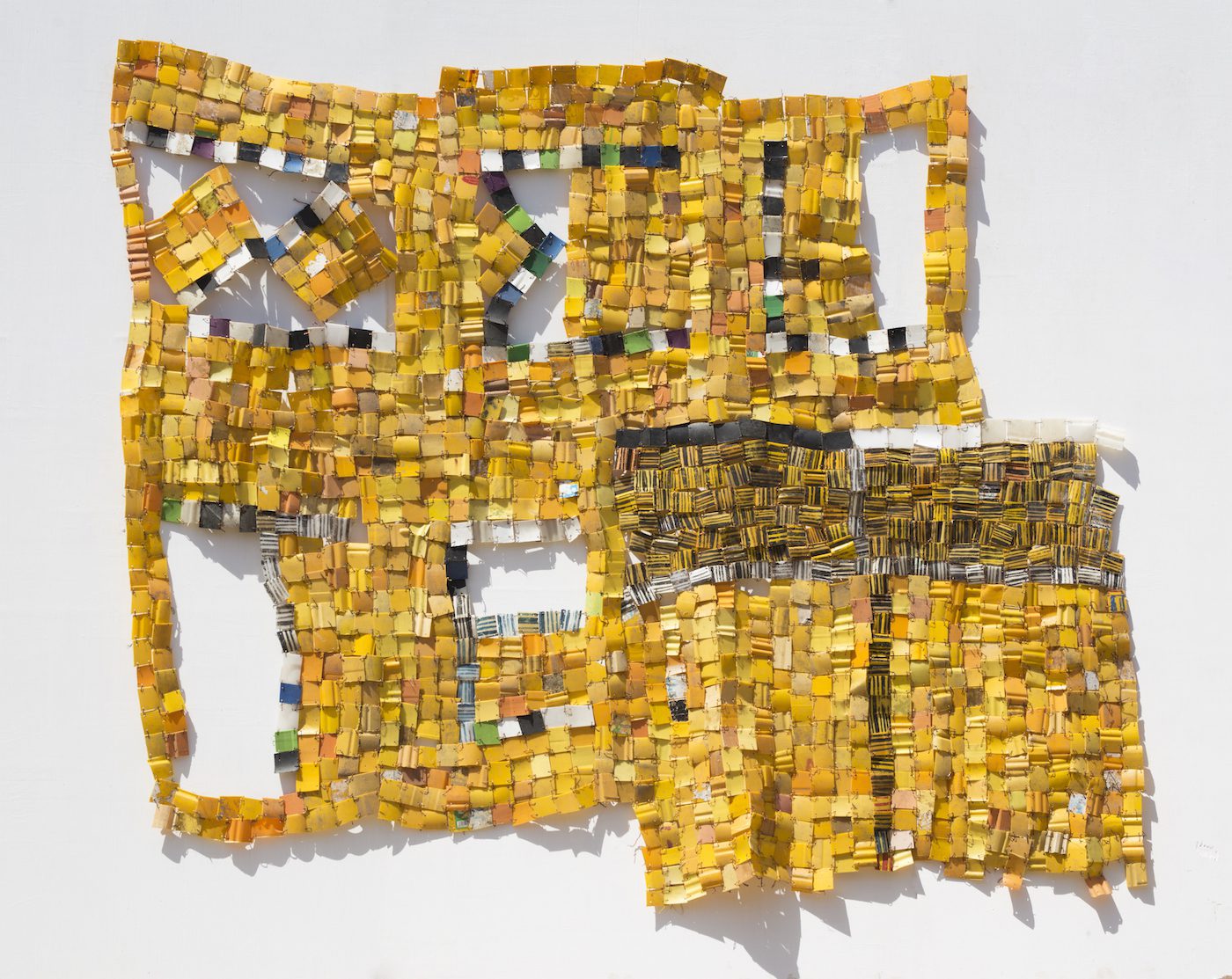 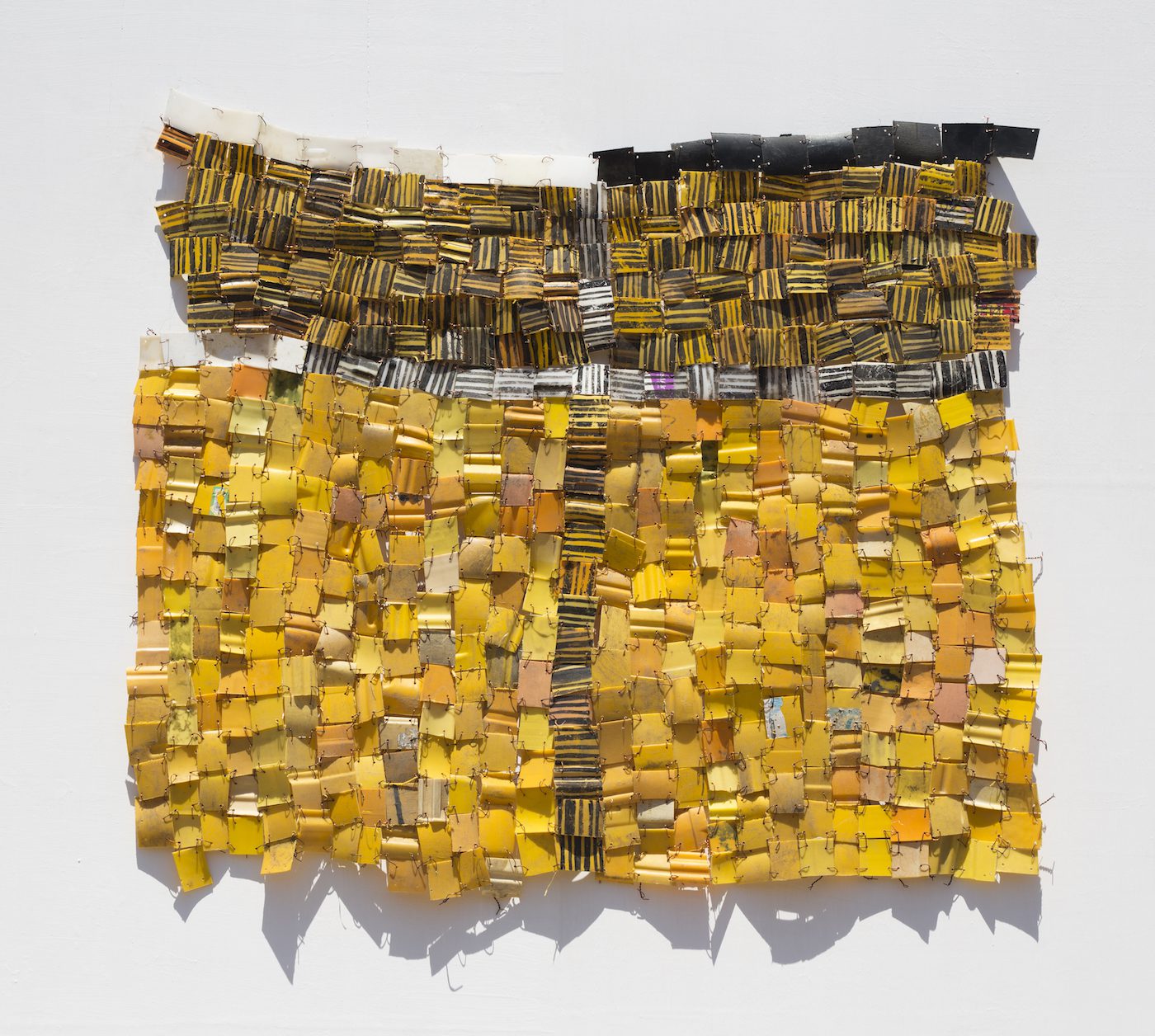 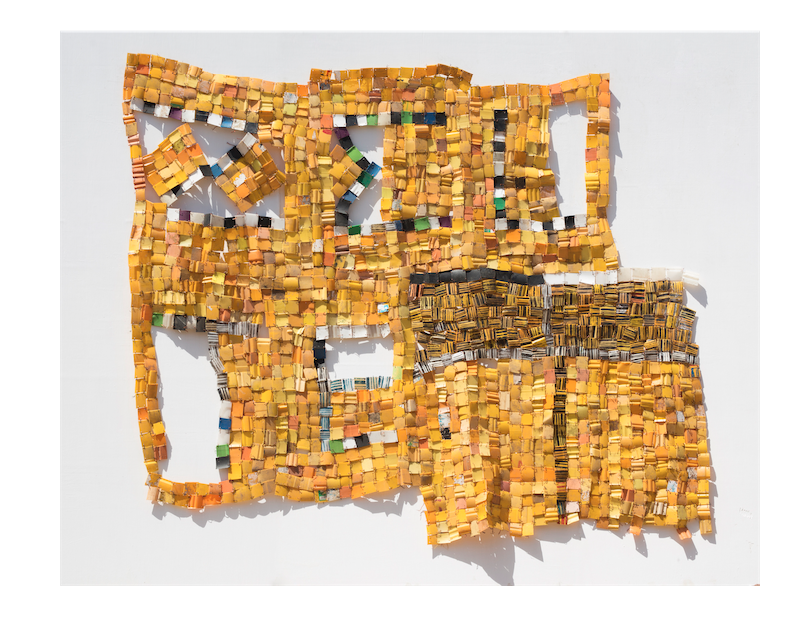 In Conversation with Serge Attukwei Clottey

“Afrogallonism” or the Migration of Plastic

Accra-based multi-media artist Serge Attukwei Clottey is presenting his work at UNTITLED, Miami Beach, from December 5 to 8. Working with assorted found materials, Clottey repurposes waste and assembles collage-installations to acknowledge environmental concerns in Ghana and across the African continent. With C&, the artist discusses the environmental effects of global trade, mass consumption, and the politics of migration in relation to his project “Afrogallonism.”

Contemporary And: How do you define “Afrogallonism”?

Serge Attukwei Clottey: Afrogallonism is a concept that I have been working with for around seventeen years now. Using yellow plastic gallon containers, my work is concerned with migration and interactions between Ghana and the West. The containers were originally used to store cooking oil that the West supplied to Ghana, and once discarded they are generally turned into plastic waste, which is problematic because we do not have many recycling structures here. By using them as an artistic material to cut, drill, and stitch for my sculptures, they migrate via my practice – selling them back to the West as artworks.

C&: Your sculptural installations bring to light questions of migration, sustainability, and consumption. How do you see these systems operating in tandem?

SAC: My idea was about highlighting issues like sanitation, politics, trade, and migration affecting our contemporary societies, with Ghana and Africa as my focal point. Through my “Afrogallonism” project I found out that the yellow gallon containers initially brought to Ghana as oil jerry cans had become water-storage materials in almost every home in my community due to the water shortage. As time went by these gallons would be disposed of carelessly, and this became a huge sanitation problem for us. So I decided to try reducing the problem by collecting these disposed gallons and transforming them into something different that can be reused in our homes.

C&: The history of the objects you work with is central to your practice. How is the historical memory of the “kufuor” gallon transformed once placed in a gallery?

SAC: The gallon represents different things in different spaces, and the materials that I explore are not African materials, they are imported from the West to Africa. But through artistic process I can overcome the limitations of the object and change its value in a different space. If you picture them hanging, as they have, in galleries from California to London, it is not hard to imagine these objects – constructed from Western plastic and imported to developing nations in a poorly planned administrative effort, then discarded and re-issued within a Western art space – changing their value and meaning.

C&: What is the impetus behind your performance collective, GoLokal? How can performance be used to incite social change?

SAC: I think that performance is a great way to safely explore Ghana’s sociopolitical issues. With GoLokal we can raise them with the public, igniting conversation and allowing people to voice opinions without apprehension of speaking out alone. It is a great way to engage people from all corners of the community and start a dialogue on issues that affect all of us.

Serge Attukwei Clottey (b. 1985) is known for work that examines the powerful agency of everyday objects. Working across installation, performance, photography and sculpture, Clottey explores personal and political narratives rooted in histories of trade and migration. Based in Accra and working internationally, Clottey refers to his work as “Afrogallonism”, a concept that confronts the question of material culture through the utilisation of yellow gallon containers. Cutting, drilling, stitching and melting found materials, Clottey’s sculptural installations are bold assemblages that act as a means of inquiry into the languages of form and abstraction.