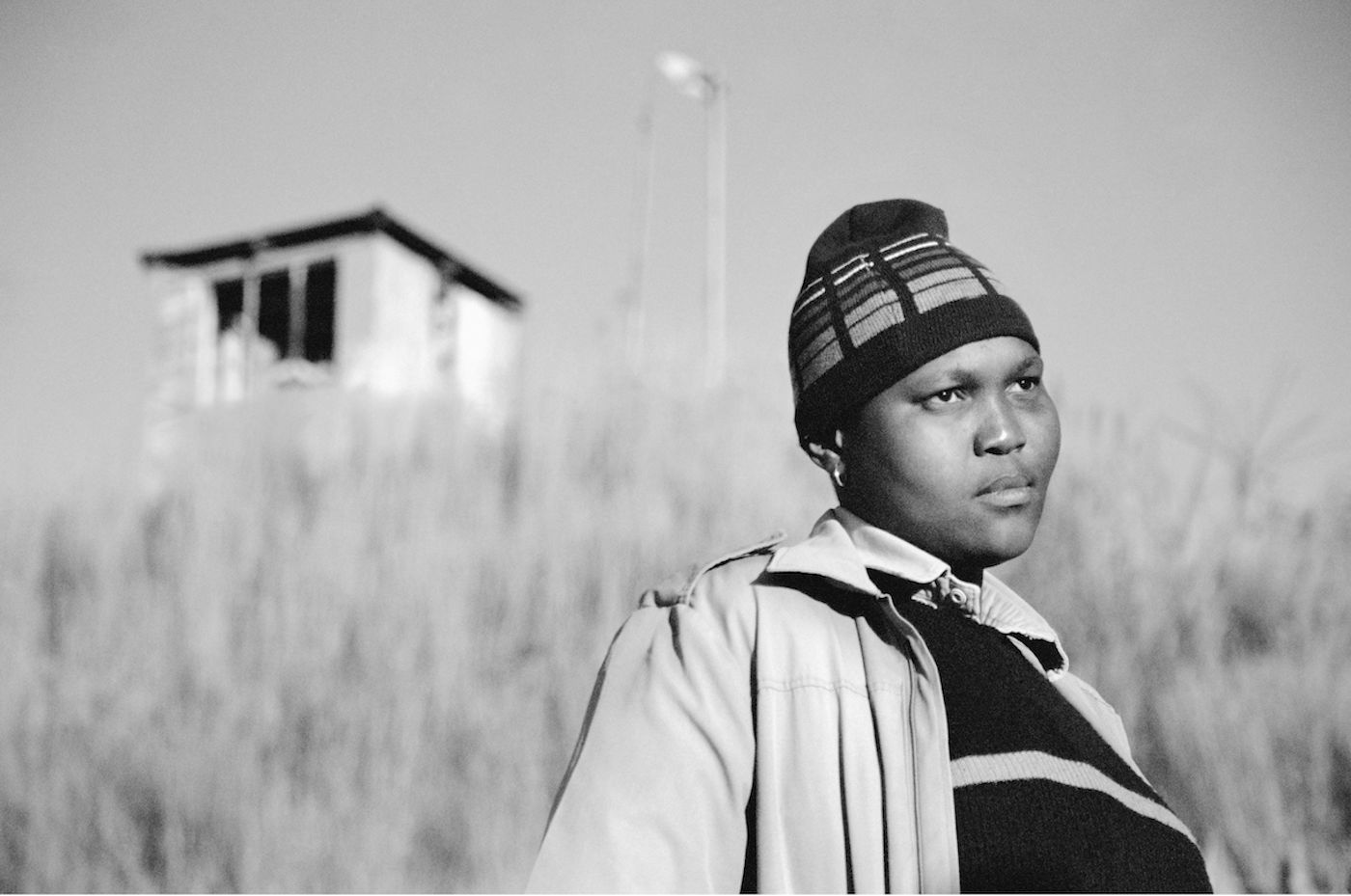 This November, Gropius Bau opens the first major survey in Germany of South African visual activist Zanele Muholi. Muholi came to prominence in the early 2000s with photographs that tell stories of black lesbian, gay, bisexual, trans, queer and intersex lives in South Africa and beyond. Presenting the full breadth of Muholi’s career, the Gropius Bau survey brings together over 200 photographs: from their very first body of work, Only Half the Picture, to their on-going series Somnyama Ngonyama. Addressing sexual politics, racial violence, communal resistance and self-assertion, Muholi’s work depicts individuals bravely and joyously living in the face of prejudice and intolerance. At once a gesture of visibility, empowerment and social activism, Muholi’s photography challenges dominant stereotypes and the heteronormative gaze while speaking to various forms of social, communal and artistic self-empowerment.

During the 1990s, South Africa underwent major social and political change. The country’s 1996 post-apartheid constitution was the first in the world to outlaw discrimination based on sexual orientation; yet, today, the LGBTQIA+ community continues to experience widespread violence and persecution. In their early series Only Half the Picture, Muholi captures the complexity of experiences within the queer community: moments of love and intimacy are placed alongside images that allude to intense, traumatic events in the lives of the participants. Through photographs as well as additional documentation, the exhibition highlights Muholi’s vital role as an activist-organiser engaged in collective action and media advocacy, inspiring younger generations along a path of resistance and persistence.

Stephanie Rosenthal, Director of the Gropius Bau, says: “Muholi’s work is an important part of the Gropius Bau’s programming grounded in expressions of healing and care, diverse artistic communities and socio-political change. Their work shows how healing, empathy and empowerment can persist despite collective trauma, and how photography can be a means for repair and activism alike. Amid the backdrop of post-apartheid change and continued discrimination against the LGBTQIA+ community, Muholi celebrates an intersectional Blackness in the lives of gender non-conforming individuals.”

One keystone of the exhibition is Muholi’s visual archive of portraits, Faces and Phases, a major work which commemorates and celebrates black lesbians, transgender people and gender non-conforming individuals. Each participant looks directly at the camera, challenging the viewer to hold their gaze, while individual testimonies capture stories and memorialize those who have passed away. Over 500 images and testimonies form a living and growing archive of this community in South Africa and further afield.

The exhibition includes several other key series: Brave Beauties celebrates empowered non-binary people and trans women, many of whom have won Miss Gay Beauty pageants. Being is a set of tender images of couples which affirms same-sex love, while challenging prevailing stereotypes and taboos. Photographs such as Melissa Mbambo, Durban likewise attempt to reclaim public spaces for black and queer communities, such as a beach in Durban that was racially segregated during apartheid. Within each of these series, Muholi tells collective as well as individual stories of shared triumphs, kinship and mourning. The images challenge preconceived notions of deviance and victimhood, encouraging viewers to address their own misconceptions and creating a shared sense of understanding and solidarity.

In 2012, Muholi began their acclaimed series of dramatic self-portraits entitled Somnyama Ngonyama (‘Hail the Dark Lioness’ in isiZulu) where the artist adopts different poses, characters and archetypes to address issues of race and representation. From scouring pads and latex gloves to rubber tires and cable ties, everyday materials are transformed into politically loaded props and costumes. The resulting images explore themes of labour, racism, Eurocentrism and sexual politics, often commenting on events in South Africa’s history and Muholi’s experiences as a South African black queer person traveling abroad. By enhancing the contrast in the photographs, Muholi also emphasises their skin tone, reclaiming their blackness with pride and re-asserting its beauty while also speaking to race-based stigmas, paradoxes of invisibility and hypervisibility.

This survey of Zanele Muholi continues the Gropius Bau’s history of staging exhibitions by significant 20th century and contemporary photographers, including Akinbode Akinbiyi in 2020; Lee Miller, Berenice Abbott, Robert Doisneau, and Thomas Struth in 2016; and Diane Arbus in 2012.

Zanele Muholi was born in Umlazi, Durban, and lives in Umbumbulu. They studied at the Market Photo Workshop in Johannesburg, and Ryerson University, Toronto, Canada. Co-founder of the Forum for the Empowerment of Women, and founder of Inkanyiso, a forum for queer and visual media, Muholi is also an honorary professor at the University of the Arts Bremen, Germany. Solo exhibitions of Muholi’s work have been hosted around the world, including at the Goethe-Institut, Johannesburg (2012); Brooklyn Museum, New York (2015); Stedelijk Museum Amsterdam (2017); Autograph ABP, London (2017–) and Museo de Arte moderno de Buenos Aires (2018). Muholi has won numerous awards, including the Lucie Humanitarian Award (2019), the 2019 Best Photography Book Award by the Kraszna-Krausz Foundation for their book, Somnyama Ngonyama: Hail, The Dark Lioness (Aperture), the Rees Visionary Award by Amref Health Africa (2019); a fellowship from the Royal Photographic Society, UK (2018); France’s Chevalier de l’Ordre des Arts et des Lettres (2017); the Mbokodo Award in the category of Visual Arts (2017); the ICP Infinity Award for Documentary and Photojournalism (2016); the Fine Prize for an emerging artist at the Carnegie International (2013); a Prince Claus Award (2013); and both the Casa África award for best female photographer and a Fondation Blachère award at Les Rencontres de Bamako biennial of African photography (2009). Somnyama Ngonyama was shown at the 58th Venice Biennale (2019), while Faces and Phases was shown at dOCUMENTA 13 (2012) and the 55th Venice Biennale (2013) and shortlisted for the Deutsche Börse Photography Prize (2015).

Muholi’s pronouns are they, them, their.