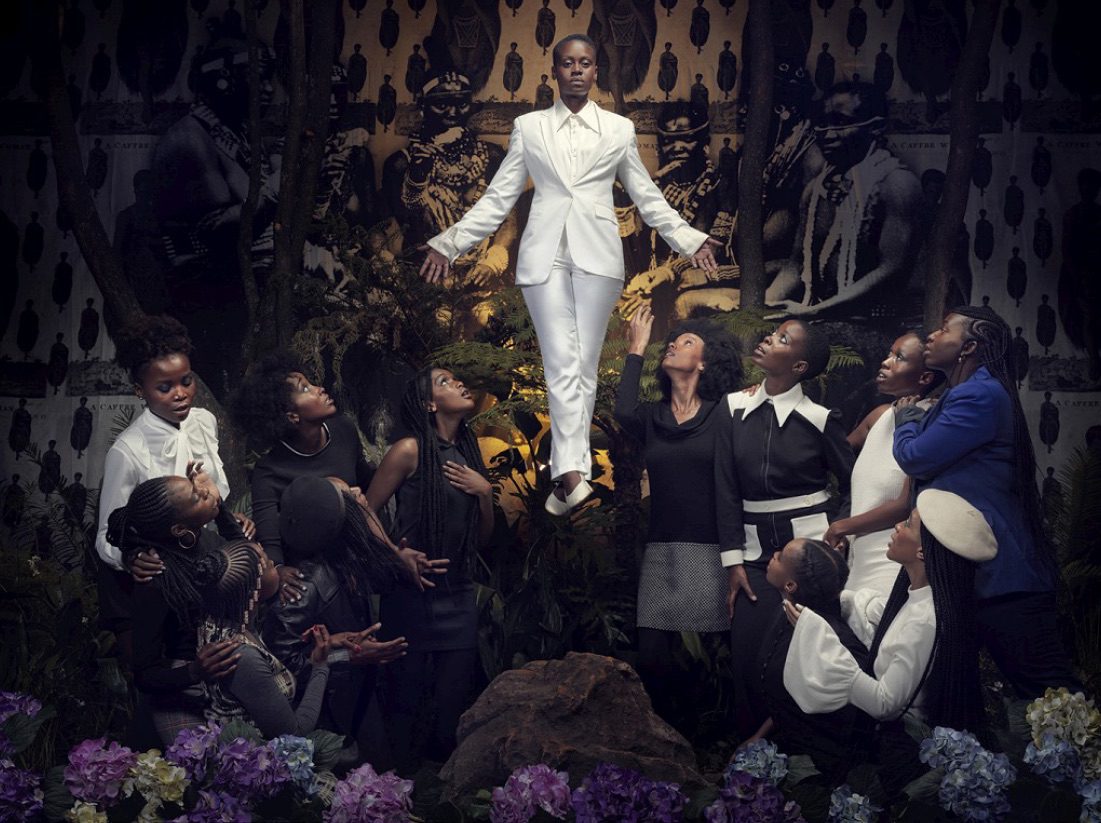 Kudzanai Chiurai, We Live in Silence XVIIII, 2017, photograph Courtesy of the artist and the Goodman Gallery
1/1
1/1

Kudzanai Chiurai, We Live in Silence XVIIII, 2017, photograph Courtesy of the artist and the Goodman Gallery

The exhibition is an invitation to occupy the Ubuntu¹, a space which is still little frequented by our imaginaries and knowledge. Untranslatable in Western languages, the meaning of this term, coming from the Bantu languages of Southern Africa, unites notions of humanity, collectiveness and hospitality and can be interpreted as: “I am because we are”.

This demand for “a humanity of reciprocity”, evoked by the Ubuntu thought, is one of the little-known essential contributions of African philosophies. This notion, in its philosophical and spiritual dimensions, can be considered to be one of the few characteristics of African societies to have survived six hundred years of slavery, colonialism and imperialism of all kinds, which have destabilised societies and undermined traditional means of knowledge transmission. Enrooted in numerous African languages and cultures, the Ubuntu thinking remains active in the conception of the place of the individual in a community, but also in the connections between peoples, structuring an awareness and a vision of the world within an interdependency of relationships.

The exhibition “Ubuntu, A Lucid Dream” aims to bear witness to these current dynamics and brings together contributions by twenty artists or groups of artists whose work chimes with the Ubuntu philosophy of “making humanity together” while attempting to approach it as a resource, a space for invention, or fiction, as well as a mediation with the real world.

The starting point was to bring together artists who are likely to have critical viewpoints and perspectives. They are creators in all the cultures which they inhabit, based on an experience which is often twofold, and sometimes disturbed, of migration or transfer. The exhibition intends to evade geographical enclosures and to consider just one space: the reflexions offered by the artists via subjective narratives and works able to shake up our perceptions as well as our certainties.

¹ Ubuntu comes from the Bantu languages of Southern Africa, its etymology is split between the Zulu word ‘‘Ubuntu’’ and ‘‘Unhu’’ in the Shona language of Zimbabwe, or ‘‘Utu’’ in Swahili, a language spoken in Eastern Africa – the meaning of this term exists in many African languages: ‘‘Unundu’’ for the Kikuyus, ‘‘Bomoto’’ in Lingala, ‘‘Kimuntu’’ in Kikongo…