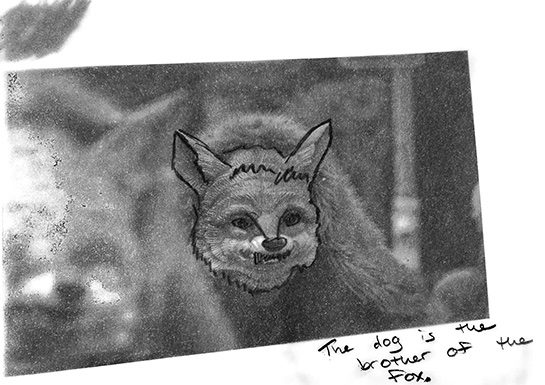 Chisenhale Gallery presents Law of Large Numbers: Our Selves, a new commission and first solo exhibition in a UK institution by Berlin-based artist Rindon Johnson. The first iteration of this commission — Law of Large Numbers: Our Bodies — was presented at SculptureCenter, New York, earlier this year. Johnson’s exhibition is commissioned and produced by Chisenhale Gallery and SculptureCenter.

Moving between physical, object-based works and immersive, virtual space, Johnson’s work cuts through assumed realities and examines how virtual and physical spaces are intimately aligned. His work is couched first in language; in the ways that language fails, contradicts or empowers. Through modes of expression spanning publishing, virtual and augmented reality, to working with materials such as leather, wood and stone to create sculptures and installations, Johnson’s works explore the impact of capitalism, climate and technology on how we see and construct ourselves.

For his commission at Chisenhale Gallery, Johnson works both within the walls of the building, as well as beyond them. The gallery hosts a single channel video projected onto a large screen central to the space. Coeval Proposition #2: Last Year’s Atlantic, or You look really good, you look like you pretended like nothing ever happened, or a Weakening (2021) comprises a continuous live rendering of ocean weather data meticulously collected by Johnson from March 2020 to January 2021. On any given day over the course of the exhibition, the work generates second-for-second figurative visualisations of weather data gathered on the same day in the previous year. The result creates a yearlong portrait of an area of ocean-surface and surrounding sky, seen from various perspectives. Continuously mapping a recent past through computer generated imagery, Johnson transports visitors to a contained yet constantly moving mass of water to observe its changing climate — from undulating waves, to falling rain and clearing skies.

This site, known as North Atlantic ‘cold blob’, or the ‘North Atlantic warming hole’, is coincidently located at the approximate geographical midpoint between Chisenhale Gallery in London and SculptureCenter in New York. The mass of water is a stubborn cool patch that, despite the surrounding water’s rising temperature, stays cold. A direct result of the melting of Greenland’s ice sheet due to climate change, the cooler waters in this area interfere with the Gulf Stream current’s regulation of oceanic and land temperatures from the east coast of North America to the west coast of Europe.

Installed in the Hertford Union Canal, which runs along the back of Chisenhale Gallery is Coeval Proposition #1: Tear down so as to make flat with the Ground or The *Trans America Building DISMANTLE EVERYTHING (2021), a large-scale sculpture referencing the distinctive silhouette of the Transamerica Pyramid in Johnson’s hometown, San Francisco. Floating on a temporary pontoon in the canal, the work is only visible from the towpath of the waterway. The Transamerica Pyramid’s silhouette and name act as starting points to address questions of identity and belonging, such as where one comes from, but also accounting for an ongoing process of identification and disidentification. Johnson’s sculpture disregards the Transamerica Pyramid’s iconic material construction of concrete, steel, glass and white quartz to produce a work that references the building as a reconstructed outline, remade in reclaimed ebonised redwood and steel. Exposed to the elements and affected by the movement of the canal’s waters, the work is both vulnerable and steadfast, simultaneously looking for recognition and obscurity, watched over by a small light embedded in the window of the gallery.

As part of Chisenhale Gallery’s commissioning process, a bespoke series of talks and events is programmed in collaboration with each artist to run throughout the duration of every exhibition. Accompanying the commission is a publication with original writings by Johnson, published by SculptureCenter, Chisenhale Gallery, and Inpatient Press. Connecting Johnson’s rigorous and poetic writing practice with the larger themes of the exhibition, the publication reflects Johnson’s commissioning process, as well as a document of the varied ideas, artistic figures, and approaches that inform his practice.

Image description: Two wild animals appear to be wrapped in blankets. The head of the one to the right has been drawn over in pen to create a mask-like effect that emphasises its canine features. Handwritten text in the lower right-hand corner reads: “The dog is the brother of the fox. »

Law of Large Numbers: Our Selves is commissioned and produced by Chisenhale Gallery and SculptureCenter, New York.