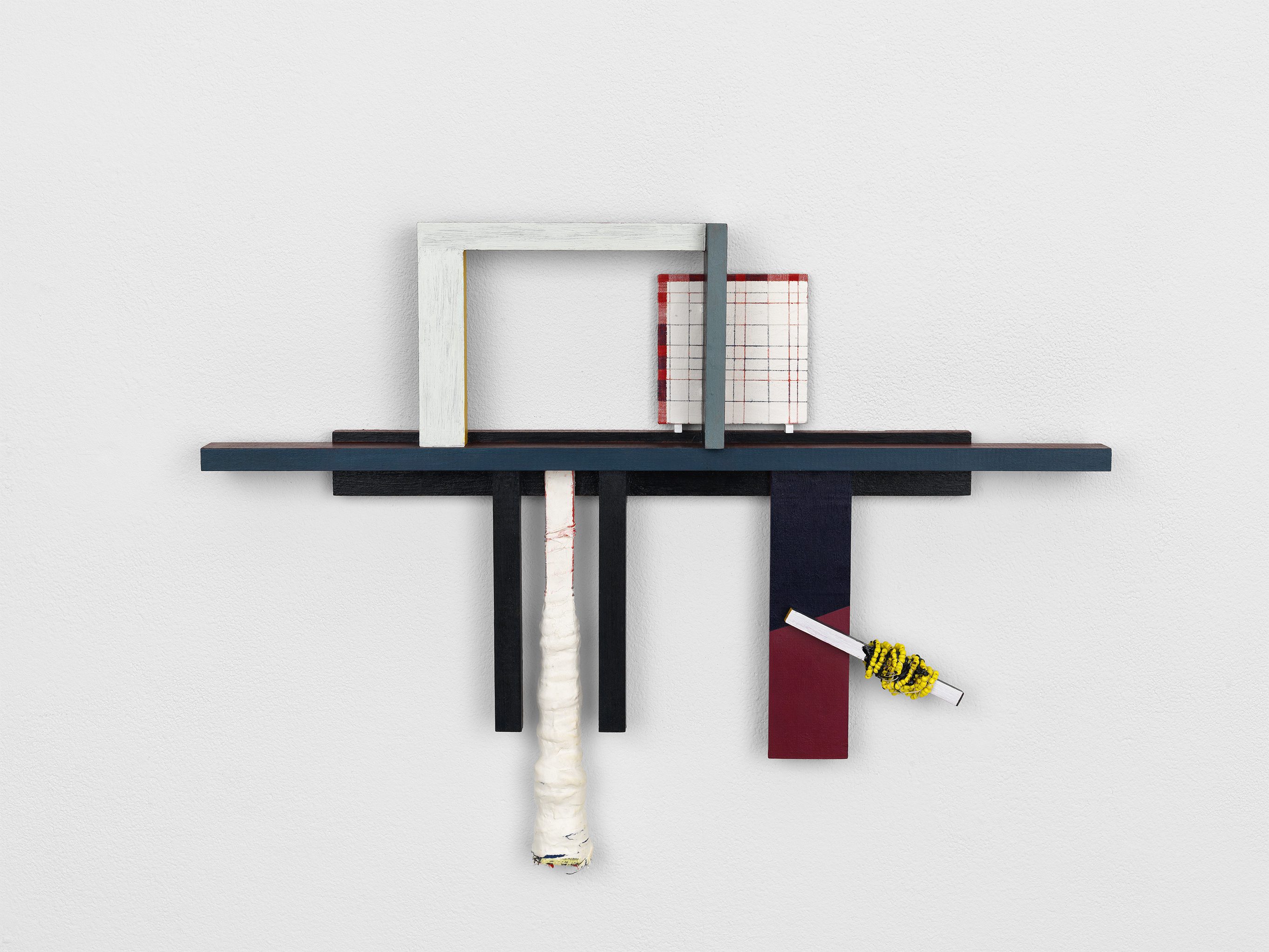 Fridman Gallery announces the first major solo exhibition in the United States of Remy Jungerman, whose works explore the intersection of pattern and symbol in Surinamese-Maroon culture, the larger African Diaspora, Jazz, and 20th Century Modernism.

The exhibition will include the artist’s new body of work, featuring wall-based panels and sculptural assemblages of textiles and clay. Covering bold geometric-patterned fabric used in the (Afro-Surinamese) Winti religion with the white kaolin clay incorporated in many traditions throughout the African diaspora, Jungerman carves grid lines into the clay, at once obscuring and revealing the underlying patterns of the textile. The resulting surfaces are delicate, tactile, and layered, recalling the low-toned rhythms of the Agida (a long narrow drum used in Winti practice), and the switched key releases, silences, hesitations, and harsh percussive touch of Thelonius Monk.

Alongside the exhibition, in the downstairs media room, the gallery will present a film, Visiting Deities (1962), by the Dutch anthropologist Bonno Thoden van Velzen. The film features the Ndjuka, a Maroon tribe from the area where Jungerman was born. He is a descendant, on his mother’s side, of the Maroons who escaped enslavement on Dutch plantations to establish self-governed communities in the Surinamese rainforest.

Jungerman attended the Academy for Higher Arts and Cultural Studies in Paramaribo, Suriname, before moving to Amsterdam where he studied at the Gerrit Rietveld Academy. In 2019, Jungerman co-represented (with Iris Kensmil) The Netherlands in the 58th Venice Biennale. In November 2021, Jungerman will be the subject of a solo exhibition at the Stedelijk Museum.