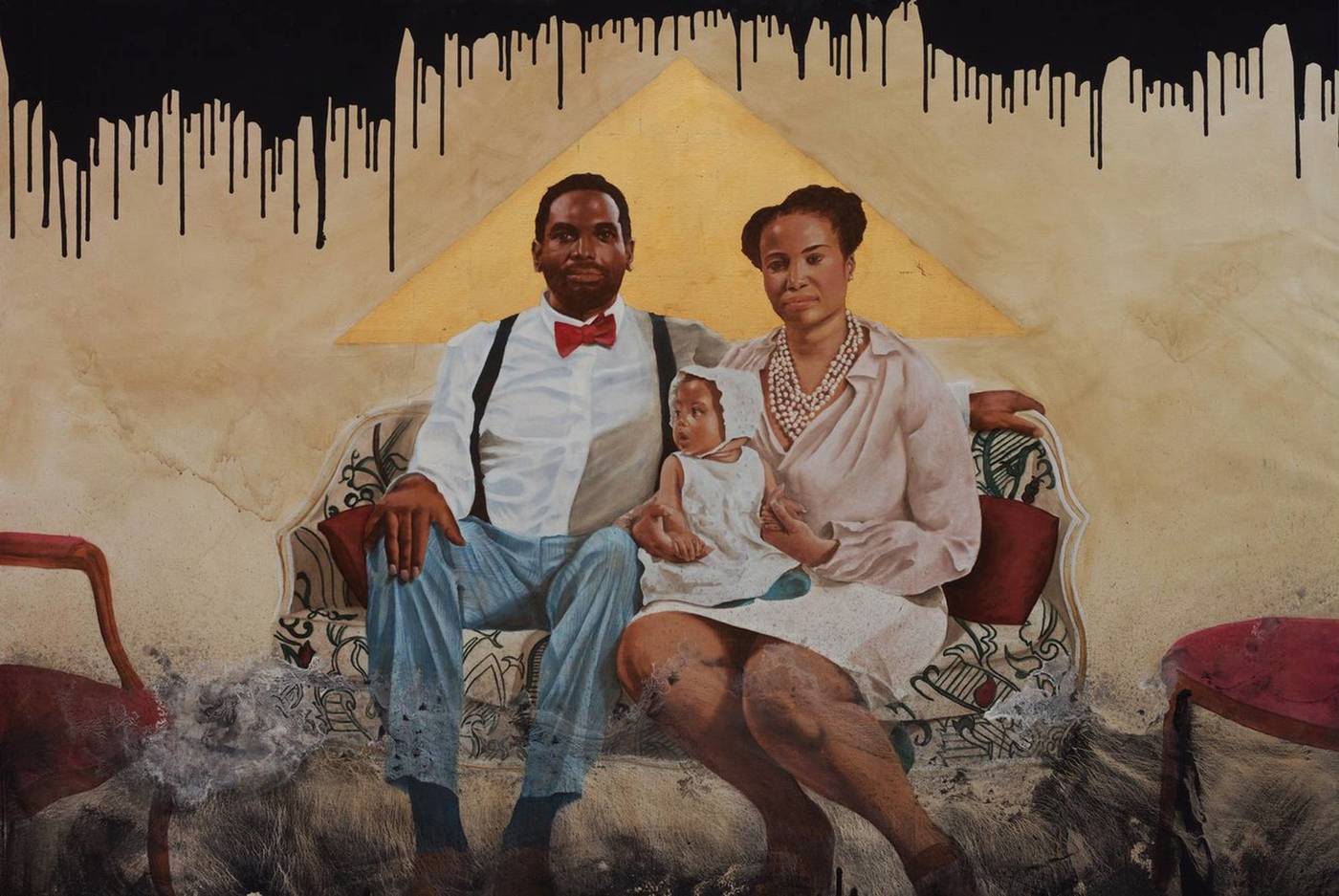 PRIZM Art Fair, now in its eighth year, will present 47 artists and 14 galleries representing countries across the African continent, the Caribbean and Americas, with a film series, curated exhibition and panel discussions exploring the intersections of contemporary art and global African film tradition, taking place from ​December 1 to​ ​21, 2020​.

This year, PRIZM will present the work of ​47 artists ​within ​a curated exhibition ​entitled ​Noir, Noir: Meditations on African Cinema and its Influence on Visual Art​ curated and organized by William Cordova and Mikhaile Solomon​.

Noir, Noir ​is inspired by Senegalese film director, producer and writer Ousmane Sembene who remarked of the importance of cinema, “I think cinema is needed throughout Africa because we are lagging behind in the knowledge of our own history. I think we need to create a culture that is our own.” COVID-19, the murder of Black people by police and continued demonstrations for racial equity have revealed the thinly-veiled transgressions that are ever present in society’s moral fabric—magnifying the need for the kind of cinema Sembene describes.

“African Diasporic communities have attempted repeatedly to blanket themselves from a host of incessant obstacles–systemic injustice, racism, economic disparity, gender inequality–while the goal post of progress stretched farther away with each giant leap made towards it,” says ​Mikhaile Solomon, Founder and Director of PRIZM Art Fair​. The loss of life of thousands of African descendants has heralded a mandatory denouncing of current and past atrocities committed against the global African community.

From this vantage point, PRIZM Art Fair revisits and contemplates the layered rendering of complex communal histories through the lens of African/Diasporic filmmakers past and present, seeking a deeper understanding of global African identity through evaluation of its intersections with contemporary visual art. ​Noir, Noir ​will examine how these films have functioned as harbingers of global African/Diasporic liberation movements. ​Noir, Noir ​references the African avant-garde film tradition as well as contemporary African/Diasporic filmmakers to explore how visual artists have created bodies of work inspired by narratives, aesthetics, cultural notes and social commentaries poetically rendered in the various cinematic modalities.

PRIZM’s programming includes fourteen gallery exhibitors​ ​across the United States, Caribbean and the African continent​, ​representing ​47 artists​ from ​11 countries​, including ​Barbados, Ethiopia, Guyana, Haiti, Jamaica, Martinique, Nigeria, Saint Maarten, South Africa and Trinidad​.​ ​Additionally, PRIZM will feature emerging Miami-based artists who are actively engaged in perpetuating the city’s growth as a cultural hub. These artists also address socio-political and cultural issues pertinent to the people of African descent in Miami and beyond.