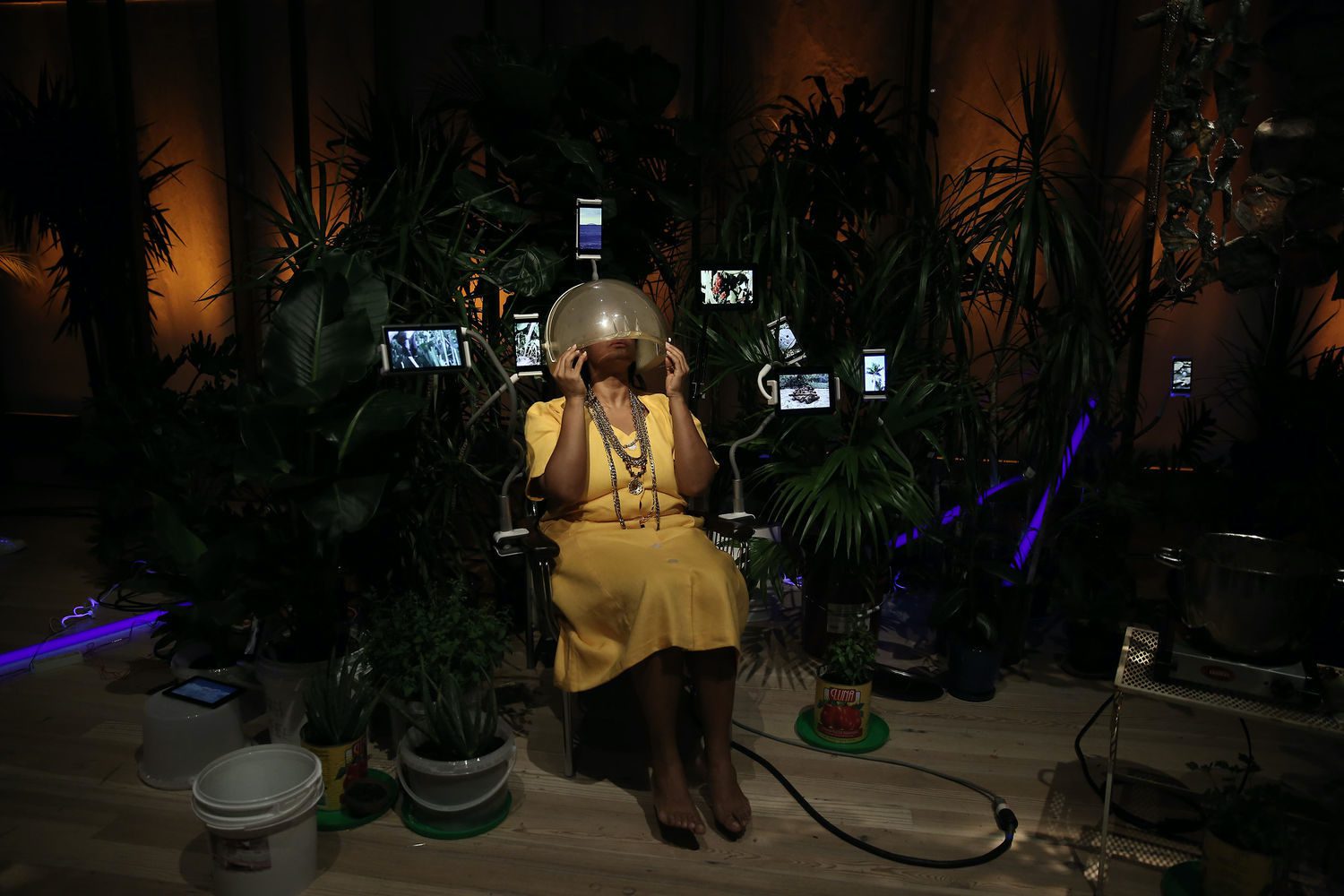 A showcase of work by seven emerging artists and collectives whose work interrogates and disrupts Western modes of humanism.

In 1992 the Jamaican scholar and theorist Sylvia Wynter penned a seminal text titled “‘No Humans Involved’: An Open Letter to My Colleagues.” The title refers to an internal code that was used by the Los Angeles Police Department, usually in relation to cases that disproportionately involved Black and Brown Angelenos who were often identified as sex workers, gang members, or drug traffickers. The code became public knowledge in 1992, shortly after the trial and ultimate acquittal of the four police officers charged with the use of excessive force in the brutal beating of Rodney King. In her open letter, written to her colleagues as a call to action, Wynter argues that academia is partly to blame for this horrific event and its aftermath, which forever changed the cultural and social landscape of Los Angeles, because academic institutions uphold and disseminate problematic constructs of race, gender, class, sexuality, and other categories that continue to overdetermine our lived experience and justify or deny our humanity. She asks, “How did they come to conceive of what it means to be both human and North American in the kinds of terms (i.e. to be White, of Euro American culture and descent, middle-class, college-educated and suburban) within whose logic the jobless and usually school drop-out/push-out category of young Black males can be perceived, and therefore behaved towards, only as the Lack of the human, the Conceptual Other to being North American?”

No Humans Involved is organized by Erin Christovale, associate curator, with Vanessa Arizmendi, curatorial assistant.
A person sits in a beauty salon chair in a dark room with potted palm trees behind her. The person has medium-dark skin, wears a yellow dress with several metal necklaces, is barefoot, and holds the chair’s drying helmet over their face with two hands. Various-sized video monitors peek out rom the plants.

No Humans Involved is made possible by the Andy Warhol Foundation for the Visual Arts. The exhibition is also supported by Joel Lubin, Jeffrey Deitch, and Pamela J. Joyner and Alfred J. Giuffrida.