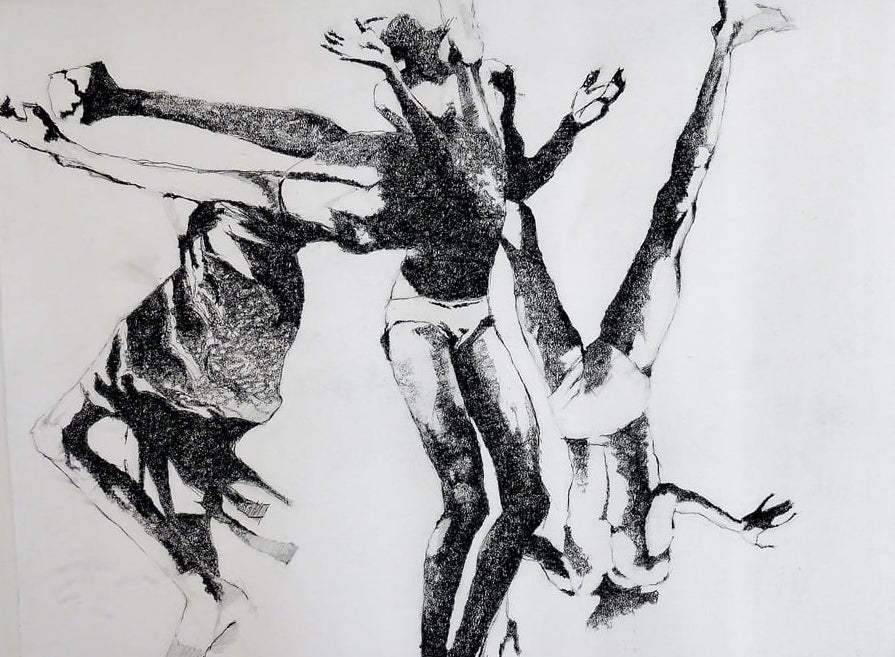 Working predominantly in drawing, Lemek Sompoika’s work reflects a curiosity about public spaces and the dynamics of human behaviour as they are shaped by collective ideologies and beliefs.

Sompoika experiments with dry, print and new media on different surfaces, to create works that reflect his observations and interactions with the society, questioning our perceptions on ‘truth’ and identity as dictated by contemporary ideologies. Influenced by his Maasai culture, he uses imagery of the human figure in his work, to investigate his experiences of both modern and traditional upbringing. ‘You never know where you’re going until you know where you’ve come from!’

Sompoika studied drawing and fine art at the Creative Arts Centre, Nairobi. In 2013, took up a studio at Kuona Trust Art Centre to begin a full-time art practice work has been shown in the Ostrale and Poznan Biennials in Europe in 2016 and the AKAA Fair, Paris, France in 2019. He held his first solo exhibition in 2018 at The Kobo Trust gallery, and a joint exhibition at Kuona Trust Art Centre in 2016. He has participated in group exhibitions at the Circle Art Gallery (Kenya), Kerry-Parker Civic Gallery (Australia), Absa Gallery (South Africa) and AKKA Project, (Dubai).