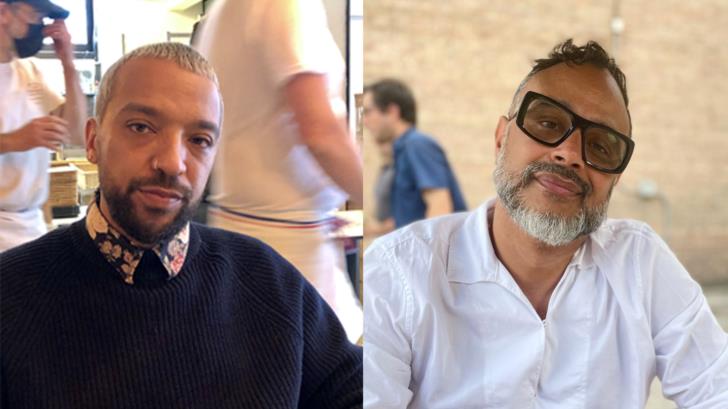 The artist talk between James Gregory Atkinson and scientist Alexander Ghedi Weheliye will explore various aspects of the themes negotiated in the exhibition: the body as archive, the constructed fear of Black masculinity and postcolonial perspectives on institutional racism in Western countries.

The first institutional solo exhibition by the German-American artist James Gregory Atkinson includes his new film 6 Friedberg-Chicago – which he shot in a former U.S. Army barracks in Friedberg – as well as an extensive non-linear archive exploring the history of Black soldiers in Germany and that of their children. Atkinson compiled the archive together with Mearg Negusse (art historian) and Eric Otieno Sumba (sociologist and political scientist). The film was partly funded by Villa Aurora L.A.

James Gregory Atkinson (b. 1981 in Bad Nauheim, lives in Frankfurt am Main) studied with Douglas Gordon at the Städelschule, Frankfurt and received scholarships and artist residencies at Villa Aurora, Los Angeles (2016) and Jan Van Eyck Academy, Maastricht (2017) as well as a studio scholarship funded by Hessische Kulturstiftung in New York (2018).

Alexander Ghedi Weheliye (b. 1968 in Nordhausen) studied in Berlin and New Jersey and is professor of African American Studies at Northwestern University where he teaches Black literature and culture, critical theory, social technologies, and popular culture. In addition to numerous articles published in journals and anthologies, he is the author of Phonographies: Grooves in Sonic Afro-Modernity (Duke UP, 2005) and Habeas Viscus: Racializing Assemblages, Biopolitics, and Black Feminist Theories of the Human (Duke UP, 2014).