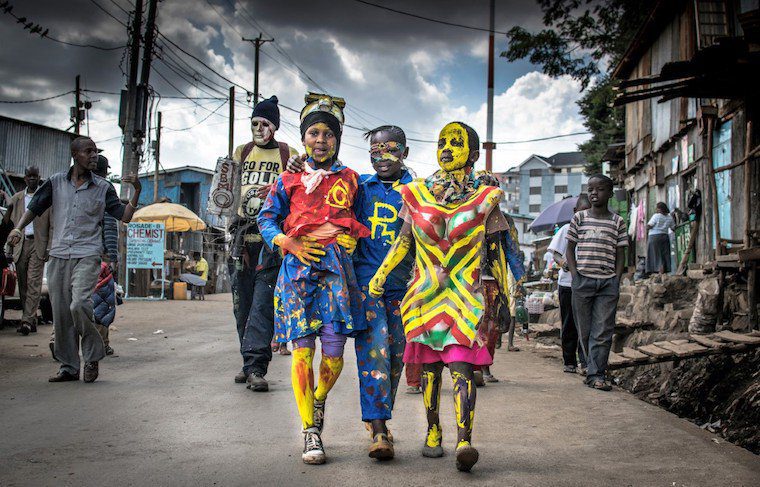 Africa… & the other 54 countries: Focus on Kenya

Akka Project is the only gallery in the Middle East that focuses on contemporary artist from Africa and its diaspora. Gallery founder and Managing Director, Lidija Khachatourian explains, “Africa is often referred to as a single entity, or one country, when it is world’s second-largest and arguably most diverse continent.”. She adds “With this series, Akka Project sets out to change the image of Africa as one homogenous place by presenting an array of art, culture and entertainment that showcases the diversity of Africa.”

Kenya is the chosen country for the second exhibition from the series “Africa… & the other 54 countries”, a concept that wants to celebrate separately each African country for its diversity and singularity through their art and culture.

The exhibition brings together a group of artists from different backgrounds and different style, theme and expertise.
Kenya’s ethnic diversity has produced a vibrant culture that is perceived in the different artistic expressions of contemporary art scene. Exploring their identity as Kenyans this collective is asking the viewer to question themselves: Coming from a place is same as representing it? Who we are? What are we? How can we deal with what we are? Do I like where I’m going?

Beside showcasing the artworks, Akka Project designs the exhibition to be a platform for cultural exchange and to introduce other realities and trends on the territory. Lots of projects have been developed to link the traditions, the culture and the modern times, we have selected two of them as part of this initiatives:

Community: Superheros of Kibera is a multidisciplinary art project run by artists from Maasai Mbili and Nyota Arts. Each weekend art workshops have been held for young people from Kibera to creatively explore the notion of a superhero through discussion, painting, photography and making costumes. The project provides an uncommon opportunity for children to nurture and develop their artistic talents and interests. However, Superheroes of Kibera also comes at a time when society is seemingly moving into a culture of self-interest.

Sustainability: « The Flip Flopi » aims to bring awareness of plastic waste by sailing the Flipflopi Dhow from Kenya to Cape Town, promoting the messages of “reduce, reuse and recycle”.
The Dhow is entirely made from plastic collected from beaches and roadsides in Kenya to show the potential of ‘already-used’ plastic.

It took two years and over ten tonnes of plastic waste to the traditional dhow builders on the Island of Lamu to build the FlipFlopi Dhow. But after all the world very first 100% recycled plastic dhow is sets to sail!

The country: Situated on the equator on Africa’s east coast, Kenya has been described as « the cradle of humanity” thanks to the earliest evidence of man’s ancestors discovered on his territory. Its national reserves and conservancies are well-protected havens for some of the most endangered wildlife on the planet, from lions and cheetahs in the Maasai Mara in the south to elephants and black rhino in Samburu in the north.

The capital Nairobi is the largest city in East Africa and among the ten largest in the entire African continent. It is also one of the most important African cities from a political, cultural and economic point of view considered one of Africa’s most bustling, up-and- coming cities.

About Akka Project: Exploring brave new art and cultural initiatives, AKKA Project presents multidimensional exhibitions and immersive art experiences. We focus on contemporary art, in all its various forms, and building on our solid experience in the international art world, we painstakingly source and select the most fascinating emerging artists from across the globe. The aim is to go beyond the usual one-dimensional offering expected of an art gallery; and instead present dynamic exhibitions which are accompanied by vibrant and spirited cultural occasions: to elevate the gallery setting, with a depth and a pulsating energy, that creates holistic and multi-sensory experiences. Whilst the artists we work with are not limited by geography or methodology, AKKA Project pays special attention to the art from Africa and its diaspora. We are committed to promoting emerging African artists.