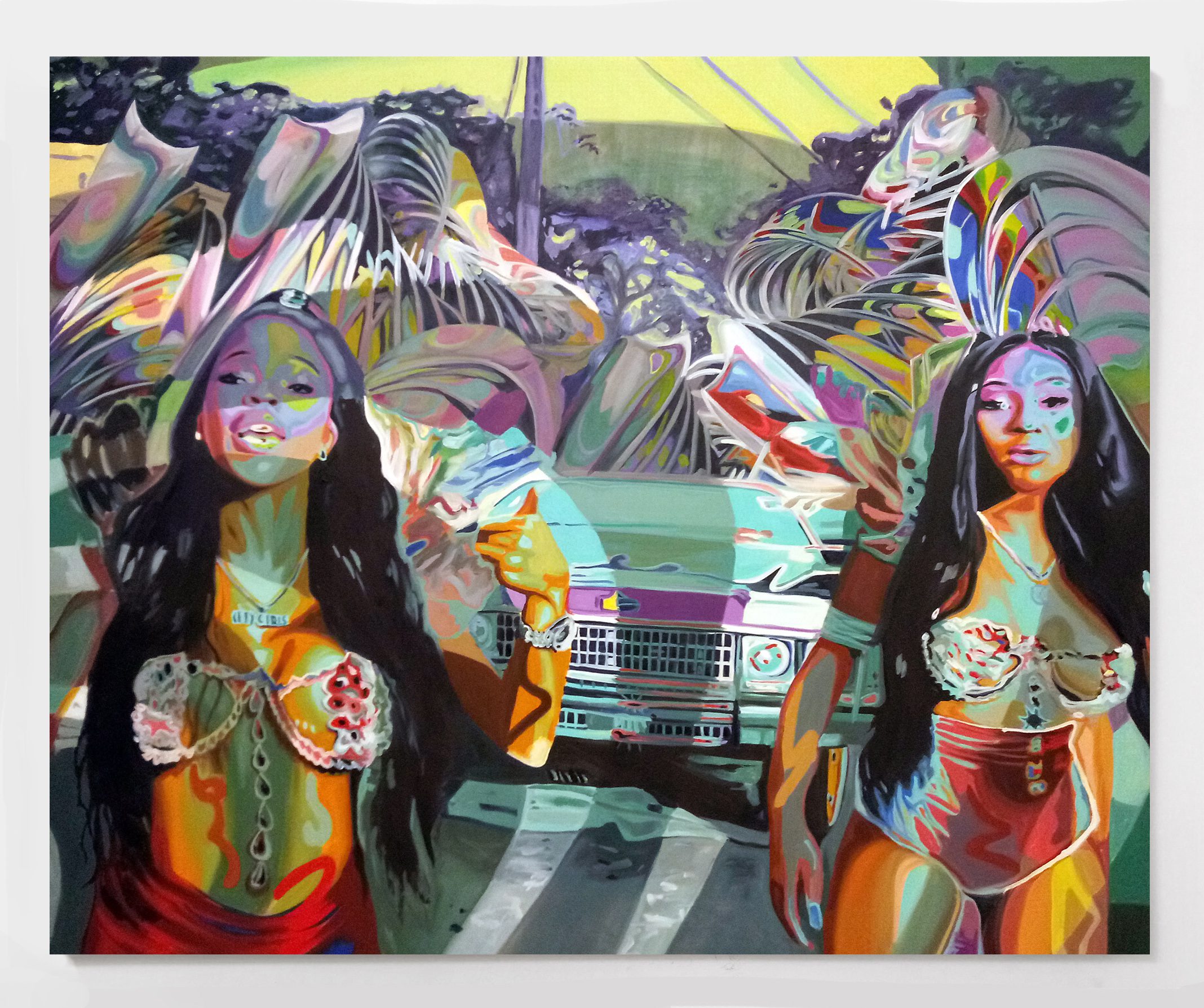 Caitlin Cherry, 'Innervision' (2019), oil on canvas. Courtesy of the artist and Luce Gallery

As part of the programme of 1-54 Special Projects, the fair is partnering with Somerset House to present an exhibition of new and celebrated works from one of South Africa’s most prominent contemporary artists, Mary Sibande, which will run through to 5 January 2020. Kerryn Greenberg, Head of International Collection Exhibitions at Tate, has been invited to guest curate the 1-54 FORUM talks programme for the first time and will focus on the legacy of Nigerian curator Bisi Silva.

Don’t miss out C& Artist’s Editions project! As part of its C& Artist’s Editions project of specially-commissioned works by collaborating artists, C& will present a series of works by Kapwani Kiwanga, which reference the French colonial urbanist Hubert Lyautey’s proposition that a measurement of 500ft should be placed between native and European areas. He did so during the International Congress of Urbanism in the colonies which was held in Paris, France in 1931 in conjunction with the Colonial Exhibition taking place in the city.

For the seventh year in a row, 1-54 London will be accompanied by 1-54 FORUM, the fair’s extensive talks and events programme, including artists talks, film screenings and panel discussions with international curators, artists and cultural producers. 1-54 FORUM will be curated for the first time, by curator Kerryn Greenberg, Head of International Collection Exhibitions at Tate. 1-54 FORUM at 1-54 London 2019 is dedicated to the formidable Nigerian curator Bisi Silva (1962-2019), founder of the Centre of Contemporary Art (CCA) Lagos who championed women artists and experimental artistic practices, prioritised research, publishing and pedagogy, and nurtured the next generation of artists, curators, writers and art historians in Africa. Over the course of four afternoons, 1-54 FORUM will bring together many of the people who benefitted from Silva’s wise counsel and unwavering support, to continue the conversations she was at the centre of before her untimely death in February 2019.