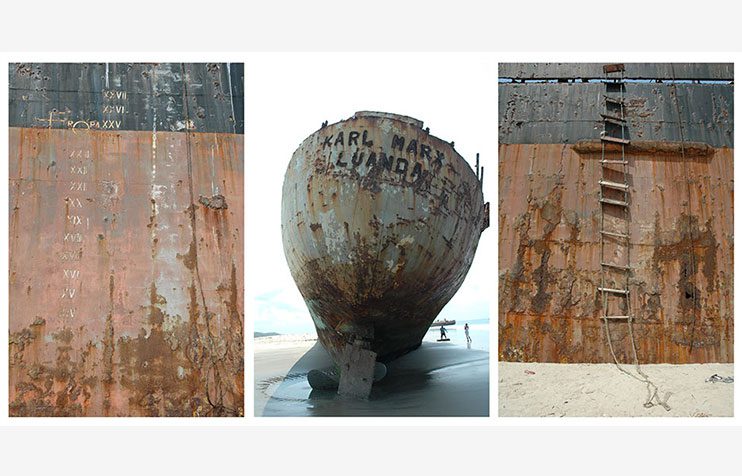 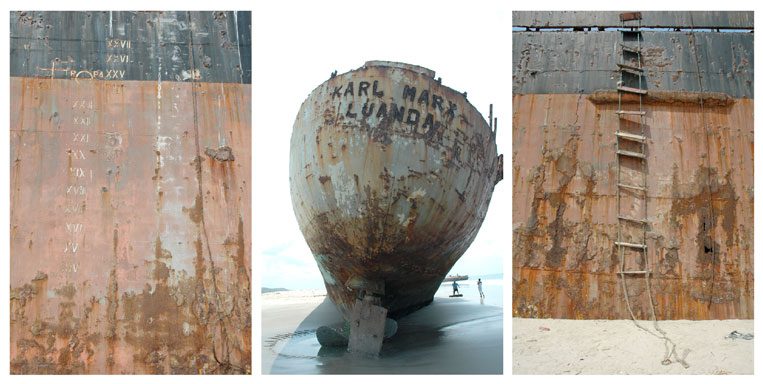 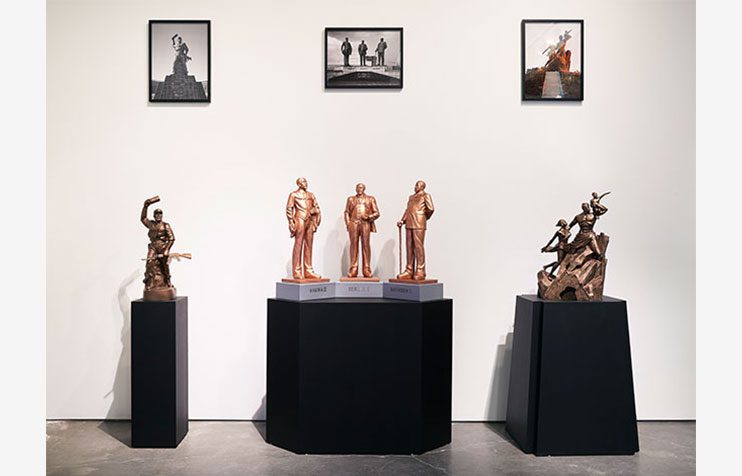 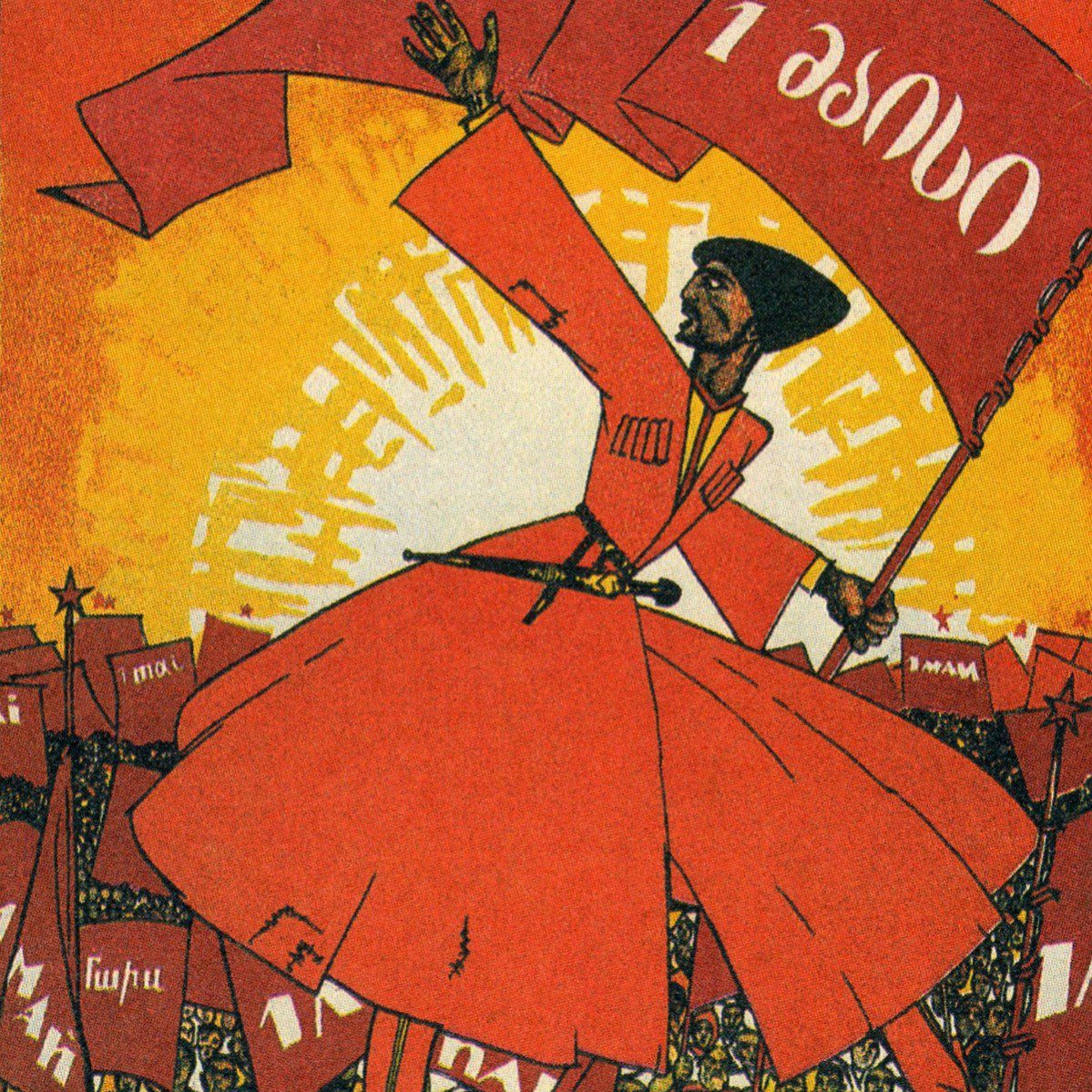 Soviet poster from 1920, part of the Wayland Rudd Archive. Courtesy of Yevgeniy Fiks
4/5
4/5 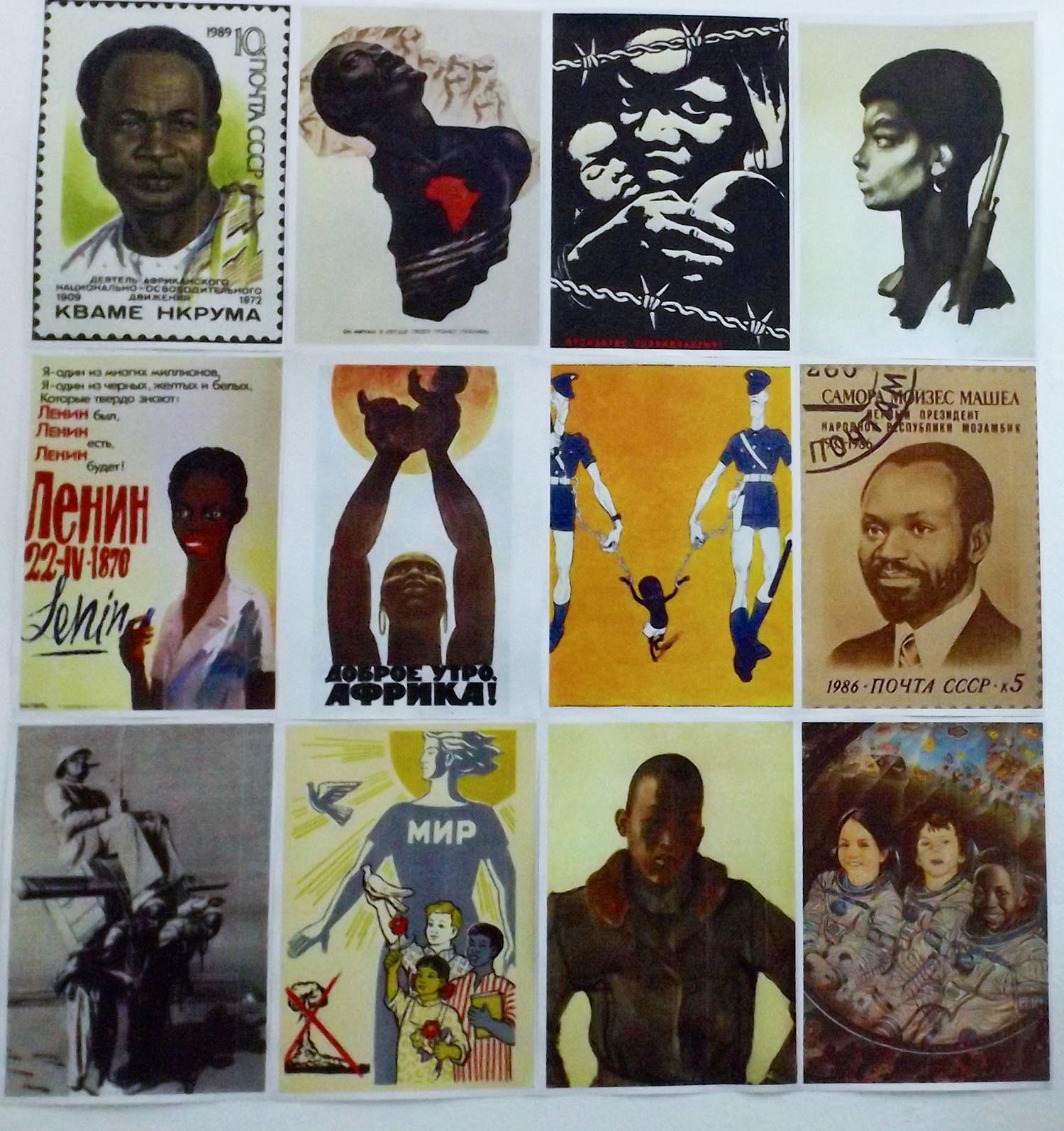 Installation view, selection of Soviet posters about Africa from the collection of Yevgeniy Fiks. Courtesy of First Floor Gallery Harare
5/5
5/5

The seasonal programme, Red Africa, will comprise an exhibition, film screenings, talks and events exploring the legacy of the cultural relationships between Africa, the Soviet Union and related countries that flourished during the Cold War. The season will present historical and contemporary responses to the geopolitical and cultural connections of African nations to the Soviet Union and related countries.

Links were forged particularly during the second half of the twentieth century, as post-colonial power struggles drew support from the East and the West. The Soviet Union, Yugoslavia , Cuba and East Germany all offered aid to national governments such as those of Mozambique and Angola, as well as providing educational scholarships as a means of wielding soft power.

The historic ties between these nations find expression across the twentieth and twenty-first centuries: from early-Soviet utopian visions of interracial collaboration; through the height of the Cold War when soft power was used to influence independence struggles; to the ongoing stories of African independence and liberation. The season will seek to uncover and explore some of these links.

Forming the centrepiece of the Red Africa season, Things Fall Apart will feature artists, filmmakers and groups from across Africa, Asia, Europe and North America. Drawing on film, photography, propaganda, and public art, the exhibition presents interdisciplinary reflections on African connections to the Soviet Union and related countries.

Curated by Mark Nash, the show gathers the responses of contemporary artists to different aspects of Soviet and related nations’ interests in Africa, particularly focused on ambitions to influence the development of political structures through film and art.

The exhibition reaches back to the beginning of the Soviet era through the work of Russian-American artist Yevgeniy Fiks. Fiks explores representations of black people in Soviet press and propaganda as early as 1920, which he presents through The Wayland Rudd Archive. The exhibition also re-examines relationships built during the height of the Cold War, including Tito’s 1961 visit to Africa.

Contemporary traces of communist street art and propaganda are captured by Jo Ractliffe and Kiluanji Kia Henda, revealing the lasting legacy of liberation struggles on the continent. In addition, the work of Onejoon Che critically examines the legacy of North Korea’s Mansudae Art Studio which produced socialist realist artworks such as The African Renaissance.

Things Fall Apart is a collaboration with Iwalewahaus, University of Bayreuth, where it will travel in May 2016. The exhibition takes its title from Chinua Achebe’s 1958 classic of post-colonial fiction, seen by many as the archetypal modern African novel in English which reflects on the devastating impact of colonialism in Africa. The exhibition uses this association to focus on a similar loss of utopian perspective following the end of the cold war and collapse of the Soviet Union and eastern bloc.

Accompanying the exhibition, a series of events and screenings will take place at Calvert 22. Throughout the season, eight films will be screened, covering four decades of filmmaking practice originating from or influenced by the continent. This element of the season will explore the continuing role of international connections, as well as revealing the personal histories of people caught up in dreams and disappointments inspired by the USSR.

The programme of screenings includes works from African directors of international renown such as Abderrahmane Sissako and avant-garde cinematic innovators like Chris Marker.