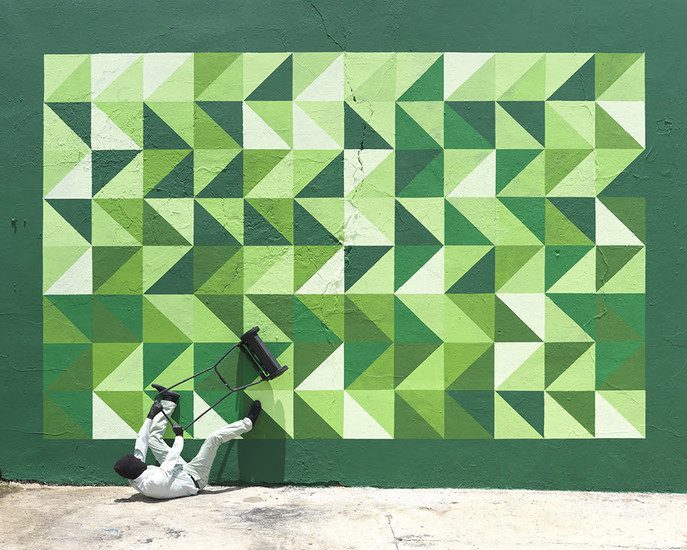 The FNB JoburgArtFair is Africa’s leading art fair focused on contemporary art from the continent and diaspora. Now in its tenth year, it continues to strengthen this position by presenting the finest of contemporary African art alongside memorable exhibitions and groundbreaking initiatives.

2017 marks the tenth anniversary of the FNB JoburgArtFair and the theme for this year’s fair is ‘celebration’.

The FNB JoburgArtFair attracts up to 10,000 people over one weekend each year for a major art and social event showcasing some of the most impressive contemporary art from South Africa, and across the African continent including sculpture, painting, photography, prints and multimedia installations.

The FNB JoburgArtFair welcomes local and international galleries and in particular those that have an interest or link to African Contemporary Art. This year’s art fair will feature 60 exhibitions within 5 categories including Contemporary and Modern Art, Solo Presentations, Limited Editions and Art Platforms. The selected galleries and organisations hail from 12 countries across Africa, Europe and the United States, including all of South Africa’s leading contemporary art galleries such as Gallery MOMO, Everard Read and Circa galleries, Stevenson, SMAC Gallery and Goodman Gallery.  (Find the full list of galleries here)

One of this year’s featured artists is Robin Rhode , a multidisciplinary South African artist based in Berlin. Rhode was selected as the Fair’s inaugural Featured Artist at the first edition of FNB JoburgArtFair in 2008. He states: “My participation in the 2017 FNB JoburgArtFair as the Featured Artist heralds a point of reflection for me in terms of understanding the arc of my practice over a given time. After my first inclusion at the inaugural edition of the 2008 FNB JoburgArtFair my interest remains in the responsive nature of the audience who have become more informed and engaging over the last 10 years.”

Special features of the Fair also include a series of curated Special Projects, a VIP Programme that has hosted top international curators and directors from institutions like The Tate Modern, Venice Biennale, Centre Pompidou and CCA Lagos, as well as a Talks Programme that invites art-world figures, philosophers, and critical theorists to deliver key-note lectures and participate in panel discussions. The 2017 Fair will also see the seventh edition of the FNB Art Prize – a major opportunity for an artist to realise a new work at the Fair.

A vibrant programme of collateral events happens throughout the city of Johannesburg, reinforcing the demand for an annual event where the continent’s artists, curators, collectors and enthusiasts can congregate.

On this year’s Special Projects programme look out for a new film programme, headlined by The Centre For the Less Good Idea, the brainchild of acclaimed South African artist William Kentridge. Kentridge’s centre is based at his expansive artist studio in Maboneng and is a non-commercial collaborative space, that brings together artists, musicians, poets, dancers, actors and filmmakers to create experimental and cross-disciplinary arts projects. The first season of the Centre for the Less Good Idea took place in March this year and a resulting film, detailing the first season’s performances, will be shown on a big screen in Nelson Mandela Square (a short walk from the fair venue) on the evening of Friday September 8.

Also not to be missed is the special exhibition curated by Dr. Zoe Whitley, Research Curator at the Tate Modern in London. The title for the exhibition ‘Truth, or some other abstraction’, is a line borrowed from Doris Lessing’s first novel The Grass is Singing and the exhibition is envisaged as “a moment of reflection where the focus is on South African artists as truth-tellers and historians”. In particular the exhibition highlights the work of contemporary South African artists who began their careers in the years before the advent of democracy in 1994.

Celebrated traditional Ndebele artists Esther Mahlangu shot to international fame 26 Years ago when she became the first woman to create artwork for BMW’s Art Car series. In 2016 she was once again commissioned by BMW to refine a BMW 7 Series with her iconic bold geometric patterns inspired by traditional Ndebele designs. This new updated BMW Art Car series will be on display at the fair.

The FNBJoburgArtFair talks programme has become a staple feature of the special programming at each edition; it aims to bring together curators, artists, collectors and other interesting personalities from the art world to present talks, debates and important dialogue to visitors. This year the talks programme will be hosted by the Theatre on Nelson Mandela Square on Saturday September 9 from 13:00-16:45. Including conversations with featured Artist Robin Rhode, Benjamin Genocchio (Executive Director of The Armory Show),  A panel discussion led by Dr. Zoe Whitley in conversation with South African artists Penny Siopis, Sue Williamson and Mmakgabo Mapula Helen Sebidi about the ways in which history shapes artistic practice and about how artists account for history’s limitations, a conversation with artists and curators who took part in The School of Anxiety project at the 10th Berlin Biennale, and Pulane Kingston in conversation with artists Lady Skollie, Zohra Opoku, Peju Alatise, Sethembile Mszani about the significance and power of womanhood: power through physical absence and absence through self-portraiture. (Find the schedule here)