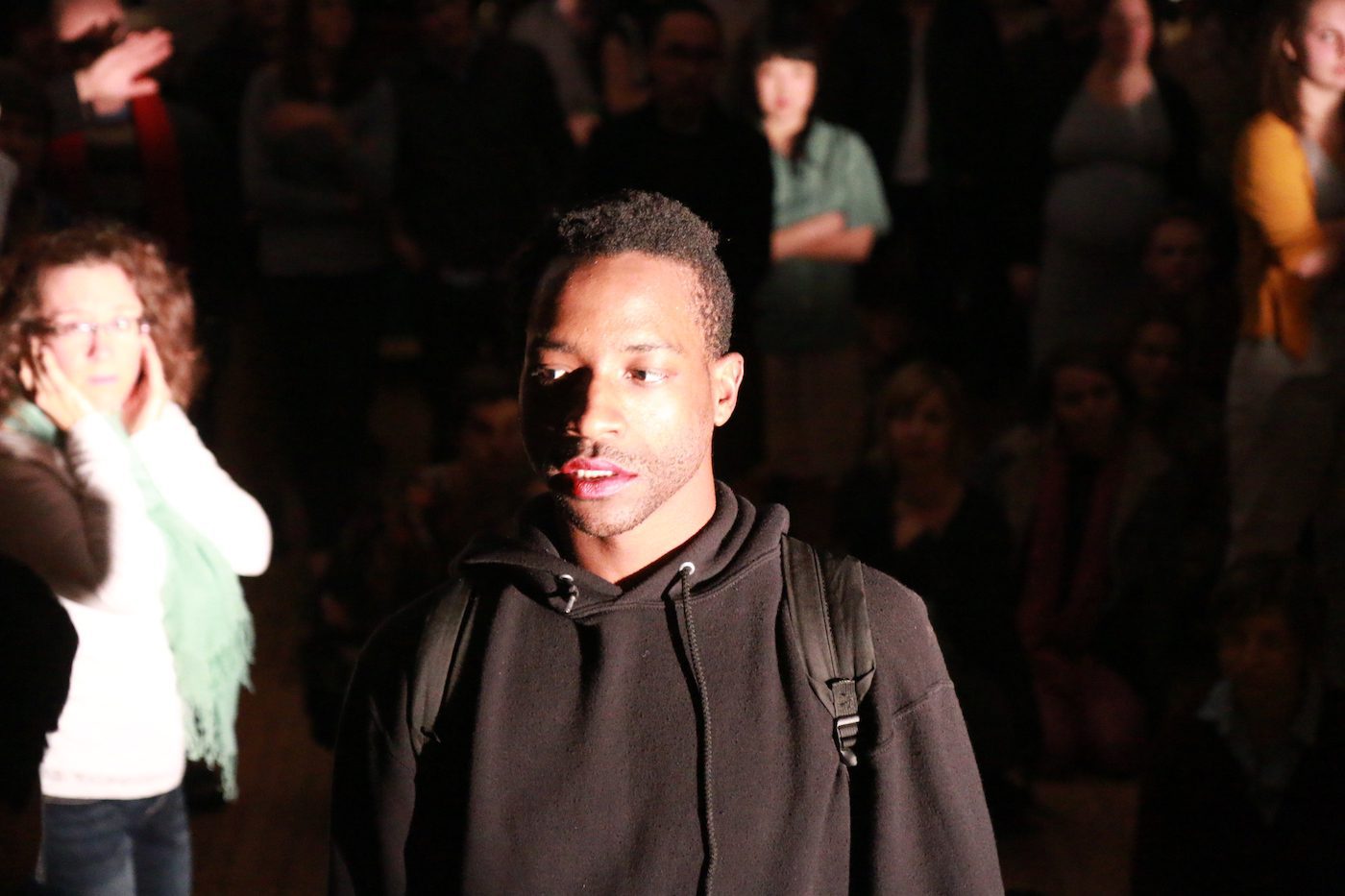 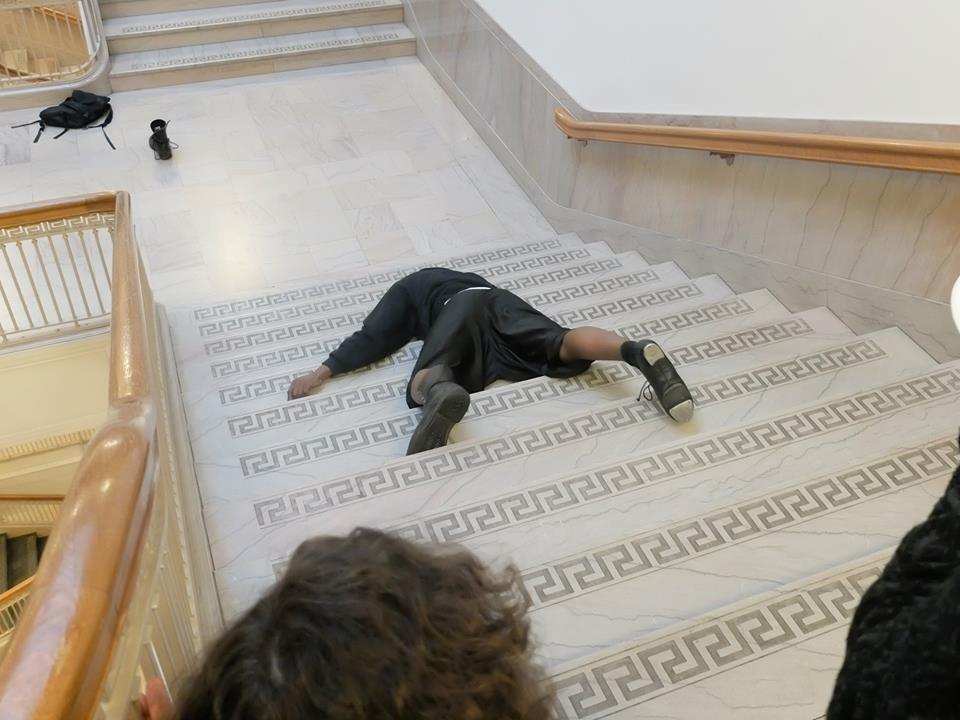 keyon gaskin is a Portland-based artist whose performative work is not restricted to theater or gallery spaces. In a world that often devalues emotional intelligence and obsesses over professionalism, keyon strives to connect with their audience on a personal level. Magnus Rosengarten spoke to the artist about the body as tool and medium

Magnus Rosengarten: How did you choose performance art?

keyon gaskin: That more actively happened when i moved to Portland about nine years ago. Here, i was exposed to more experimental and postmodern work. Growing up, i was really into dancing at social events, and i have recently been centering my experiences as a child in my work today. Being in dance contests in people’s backyards, for example, taught me early on the impact a body can have on gatherings of people. As a child i didn’t necessarily have language for this effect, but i became conscious of how to use my body in relationship to others to express and affect. In my late teens and twenties i trained in theater and dance, and in Portland i began to work between those lines and move towards performance art – although i become less and less interested in defining my work as any specific medium.

MR: How does the audience affect your current practice?

kg: The audience is an active part of what’s happening in the room, and i try to highlight that in the work by finding ways to remind folks of their agency and troubled spectatorship. i don’t want them to think i just came here to watch something. i don’t really have a studio practice, which means i always experiment and try out new concepts for and with people. For example in New York City recently, i was positioning audience members throughout the space and at some moment one person refused to move. i then said to them i am not going to do anything else until they move, then another person became involved in our exchange and left as a result announcing they were leaving for the person who had refused to move. This moment was so exciting for me because they yielded the power in the room and challenged all of our implicit engagement to the very structure of performance itself. So i like to explore questions of power and agency and how we choose to engage. i also perform in a lot of different contexts and spaces, from small, intimate gatherings to larger institutional spaces.

MR: This year you performed extensively throughout Europe and the United States. How do spaces and audience members differ depending on country or culture?

kg: i think there is an international contemporary art community that comprises most of my audiences and speaks a similar language and is used to a kind of content. For instance when i was performing in Berlin at least half of the audience was not from Germany, and i find it is often the case at performance festivals and contemporary art venues internationally. So community is not necessarily related to geography anymore. Though i do recognize that culture, politics and history of a place influence the work and its reception. And i am open to that, however i’m always wary of attaching a venue to the culture of a city because often i feel art spaces aren’t necessarily reflective of their cities culture or its demographics.

MR: But what is your visceral experience like when immersed in the performative moment? Do you perceive nuances?

kg: There are so many ways that we can perceive and engage with each other. i feel we often center sight and language as our primary modes of perception, which i attempt to disrupt. Through darkness, proximity to audience, and various methods i try to heighten an awareness of other modes of being with one another. i’m super invested in the energetic exchange of people gathering, and try to offer myself as a channel and conduit for the energies in the space. Centering emotionality is important and i often find myself highly affected by the states of others, like when i look into people’s eyes to help me cry in one of my pieces.

MR: How does your performing body help you move through histories of Blackness or queerness?

kg: i try to show up as whole as possible and allow all aspects of self, including black and queer (which is a politic and identity construct that increasingly troubles me), to influence the work. i recognize over the years that audience will always read aspects of the performer’s body into the work, whether intended or not, especially for subaltern bodies. So i have to trust intuitively that my body and lived experienced will show up and aid or affect as needed. Sometimes i play and pull directly form theory, concepts, and experience of Blackness and queerness but i’m also wary of exploitation my personal experience, especially for majority-white art audiences.

MR: What are you seeking in your performances?

kg: i think i’m interested in troubling and examining ways we communicate and engage with each other without questioning them thoroughly enough. This somehow often being related to exposing current institutional and oppressive frameworks were operating within. Ideally people begin to realize or question things, and go like: really, this is what we were doing to each other? i also want to offer a space for varied, complicated and nuanced folks/relationships/layers to show up.