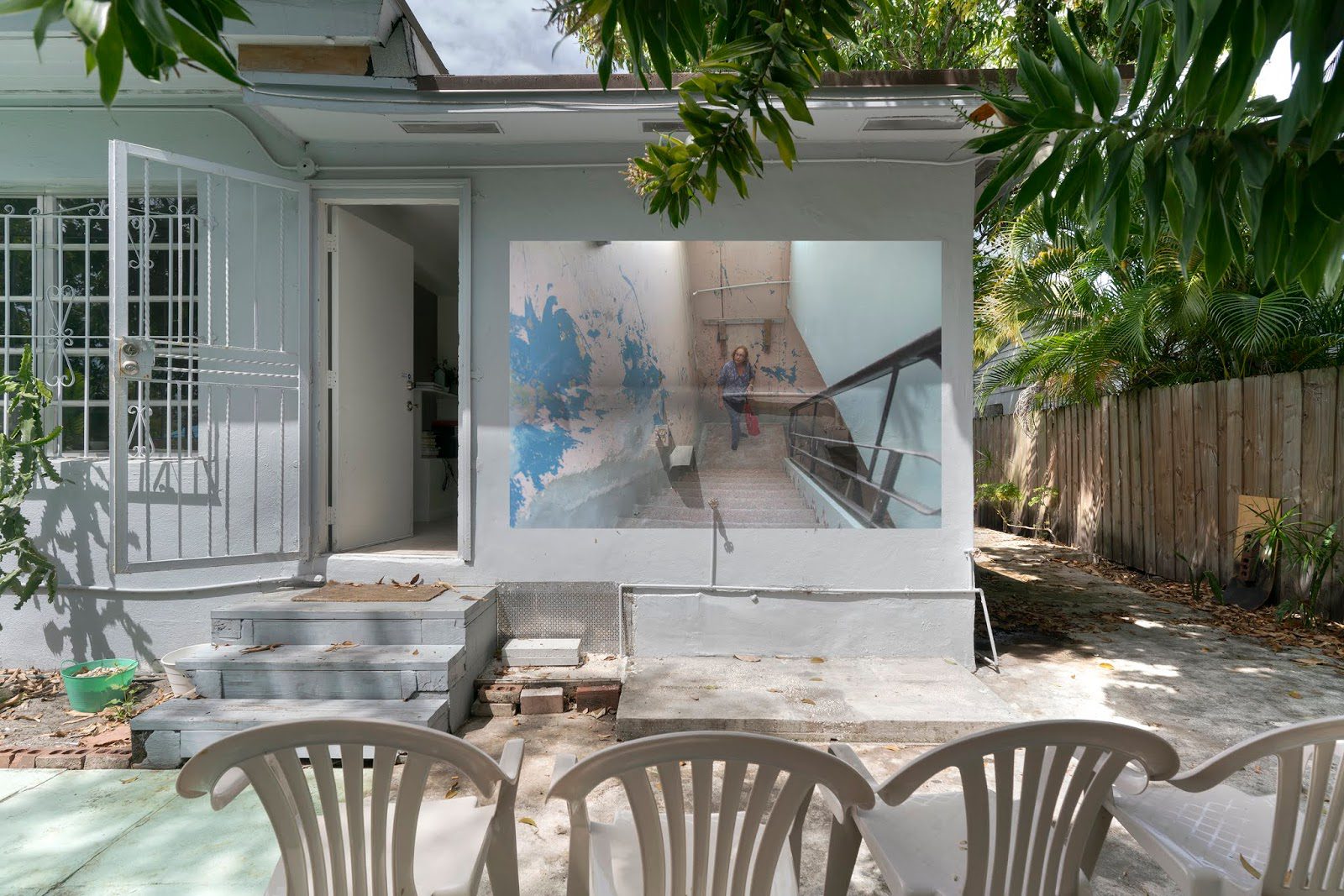 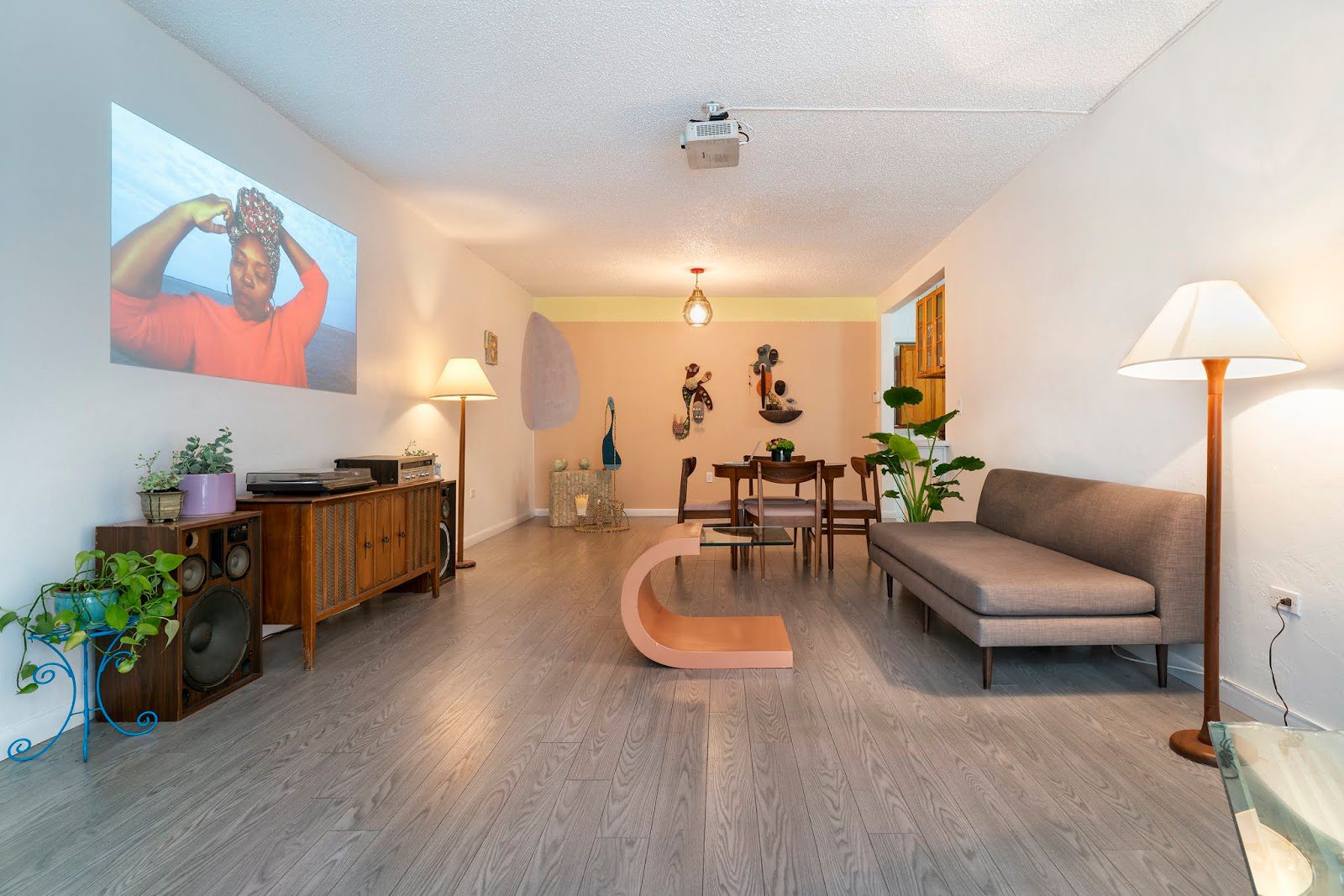 Inside Supplement Projects (Film "The Ritual" by Mahogany L. Browne and Cecil McDonald)
2/3
2/3 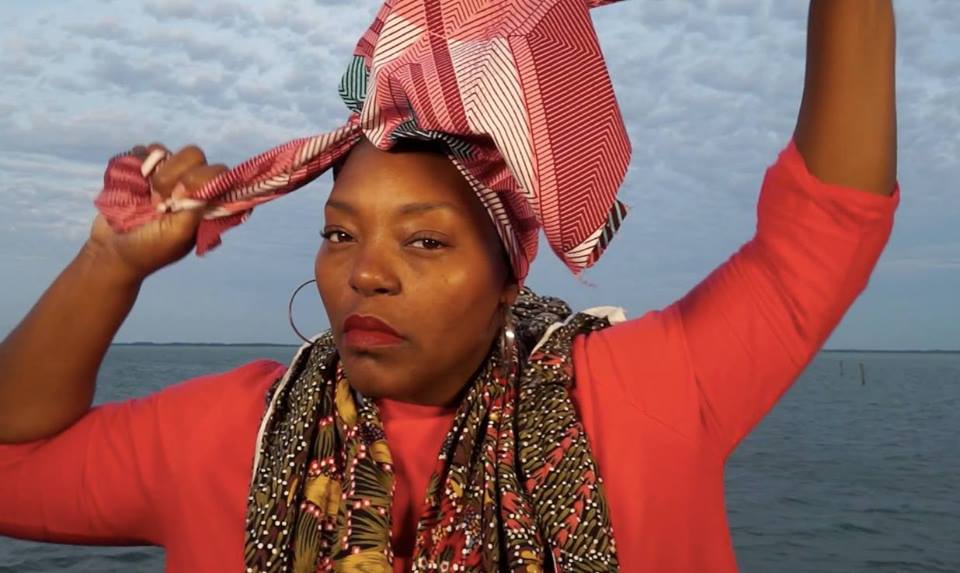 The Ritual, a film by Mahogany L. Browne and Cecil McDonald
3/3
3/3

The Body as a Centerpiece – Group Show

The Ritual, a film by Mahogany L. Browne and Cecil McDonald

The Body as a Centerpiece is an exhibition hosted in a shared home and backyard. This domestic, private space is used as a lens through which the intricacies of identity, memory, and tradition can be explored. The exhibition seeks to export and amplify messages communicated by our bodies and how they relate to the gaps and rooms in our domestic spaces.

A fundamental shift in how we live together and apart from each other is taking place. Multigenerational and communal households are increasing rapidly, as are one-parent families. More of us are choosing to live alone, but we still inhabit the same architecture as we shape our identities, grow into our bodies. We continue to sit around the same kitchen table as we share the stories of our days.

Households are haunted by old conventions that don’t serve our current needs. The discord between our nature to lean into the traditional and our newfound desire to act on what feels liberating or contemporary is often translated through tension and distress.

The Ritual, a film by Mahogany L. Browne and Cecil McDonald, is projected onto the wall of the living room. In it, we see Browne tying her hair in a head wrap while narrating her poem. This work acts as a metaphor for the daily rituals of Mahogany’s practices. For her, the head wrap serves as a form of armor, a uniform of communal identity as well as a signifier of rebellion.

On the surface of the living room window, concealed by a curtain, is a photograph by Michelle Lisa Polissaint. Part of The Ballad of Me & You, an ongoing series which reflects on the failures and successes of Polissaint’s intimate relationships, the image is a revisitation, a reflection on memories held within rooms and spaces from her past.

In the center of the living room is a piece by Nun, a ​collaborative​ ​design​ ​practice​ created by artists and designers​ ​Jessica​ ​Martin​ ​and​ ​Deon​ ​Rubi.​ ​​Their work explore ideas of form, material and architecture, creating pieces that are both familiar and uncanny.

Green Card Vows from Craigslist by Lizania Cruz documents a December 2016 Craigslist post that stated: “looking for an American to marry me to get a green card”. The post was live for 24 hours, during which time Cruz received nearly 250 responses ranging from acts of vulnerability to monetary offers.

Behind the dining room table, Juan Pablo Garza’s wall sculptures, intricately made through found materials and assemblage, provoke the visitor to make connections between artwork and location, between recognizable and unknown items, between the domestic and the poetic.

In the backyard is Retiro, a multimedia documentary installation by Natalia Lassalle-Morillo. During daylight hours, a soundscape featuring interviews from the film will be playing. At night, a film will screen, in which Natalia interviews women over the age of 60 in Puerto Rico, Cuba and Miami, who reflect on the natural territory between autobiography, the metaphysical, and potential future. The second part of this installation continues in the bathroom and depicts an intimate projection of Natalia speaking to her mother.

Supplement Projects is a communal home and a studio, alternative art space & community meeting point. The project explores ideas of domesticity with the urban landscape. As a place of comfort, communication, gathering and rest, it offers a provocative alternative to the often commercialized, hyperreal spaces of art galleries and institutions.