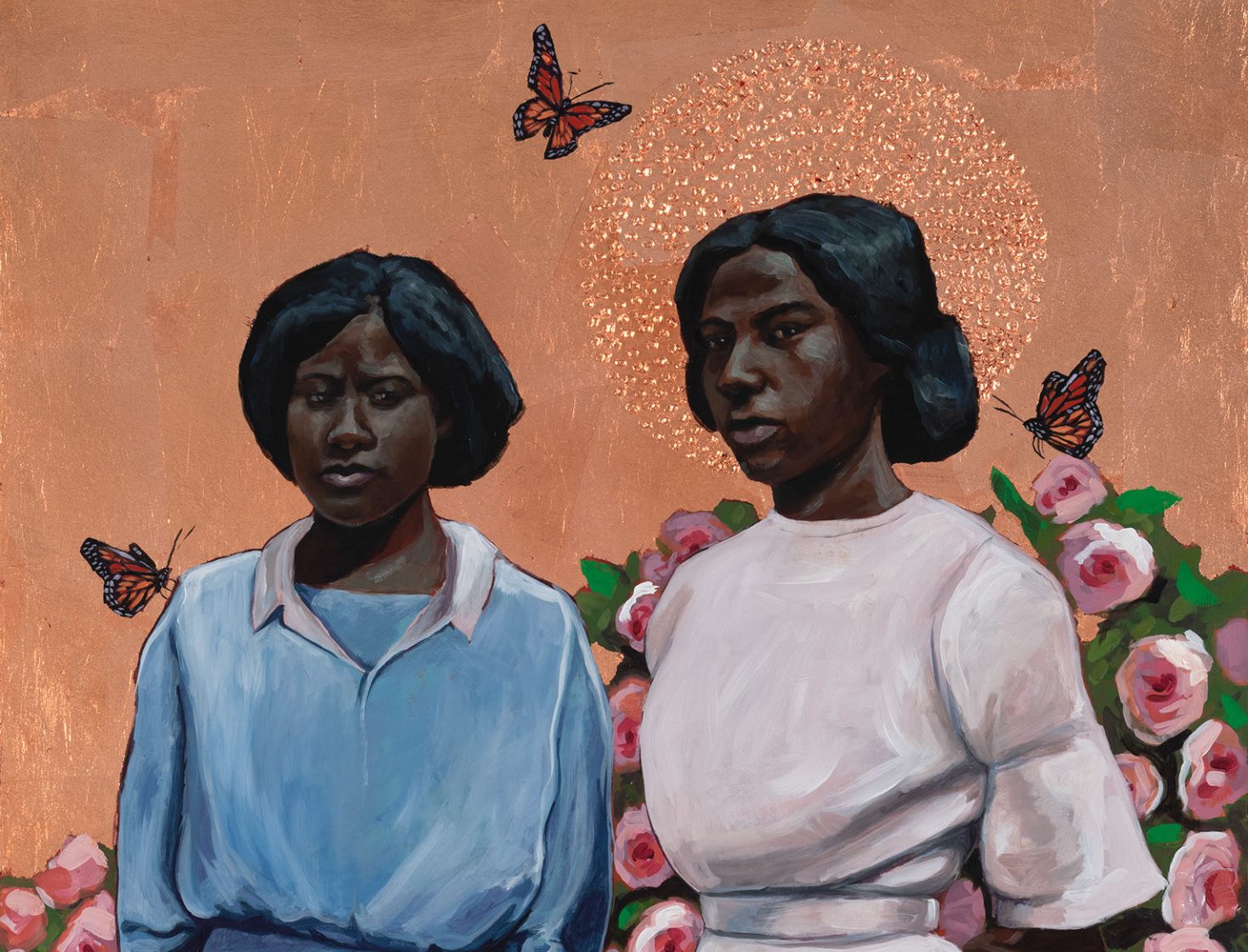 Opening on Sunday, January 30, 2022 and remaining on view through May 8 at The Westmoreland Museum of American Art, Stephen Towns: Declaration and Resistance features a body of newly created work by artist Stephen Towns. Organized by guest curator Kilolo Luckett in collaboration with Towns, the exhibition examines the American dream through the lives of Black Americans.

Using labor as a backdrop, Towns highlights the role African Americans have played in the economy and explores the resilience, resistance, and endurance that have challenged the United States to truly embrace the tenets of its Declaration of Independence.

“Much of the work in Declaration & Resistance began when I was quarantining in the spring of 2020. I thought about how I had the privilege to take a step away from my work. When I returned to my studio, I reflected on how I had gained a deeper appreciation for essential workers risking their lives in the midst of a global health crisis. I come from a long line of laborers in Georgia and South Carolina. Prior to being a full-time Artist, I also worked many laborious jobs. This show is a testament to my ancestors and also the coworkers I have befriended along the way,” indicated Towns.

For this exhibition, Towns is creating over 30 new figurative paintings and story quilts that, along with existing work, expand the historical narratives of enslaved and free people who toiled under the most extreme hardships yet persevered through acts of rebellion, skillful guile and self-willed determination. Working in series, Towns explores industries such as coal mining, agriculture and domestic labor, as well as labor that highlights care and nurturing such as nursing, a theme that the artist felt was important to pursue as he created new work during the COVID-19 pandemic that highlighted the racial disparities that continue to plague the country.

The Coal Miners series features Black miners of West Virginia who were relegated to the most difficult, underpaid, most dangerous and insecure jobs. Paintings in the Cooks series call attention to the hidden figures who helped shape American cuisine. Among these are Elsie Henderson, who worked for several wealthy Pittsburgh families including the Kaufmanns, owners of the Frank Lloyd Wright-designed Fallingwater. Lastly, Towns pays tribute to Ona Judge, a woman who escaped from slavery and was formerly enslaved by President George Washington. Judge was an invaluable seamstress and body servant to Martha Washington, who as a teenager escaped Mount Vernon and fled to New England.

Stephen Towns was born in 1980 in Lincolnville, South Carolina and lives and works in Baltimore. He trained as a painter with a BFA in studio art from the University of South Carolina, and has also developed a rigorous, self-taught quilting practice. In 2018, The Baltimore Museum of Art presented his first museum exhibition,  Stephen Towns: Rumination and a Reckoning. His work has been featured in publications such as The New York Times,  Artforum, The Washington Post,  Hyperallergic,  Cultured,  AFROPUNK, and American Craft. Towns was honored as the inaugural recipient of the 2016 Municipal Art Society of Baltimore Travel Prize, and in 2021, Towns was awarded a Maryland State Arts Council’s Individual Artist Award. Towns’ work is in the collections of The National Museum of African American History and Culture, Art + Practice, artist Mark Bradford’s nonprofit based in Leimert Park, Los Angeles, The Petrucci Family Foundation, The Baltimore Museum of Art, the City of Charleston, South Carolina, The Nelson Atkins Museum, St. Louis, Missouri, and is held in private collections nationally and abroad.