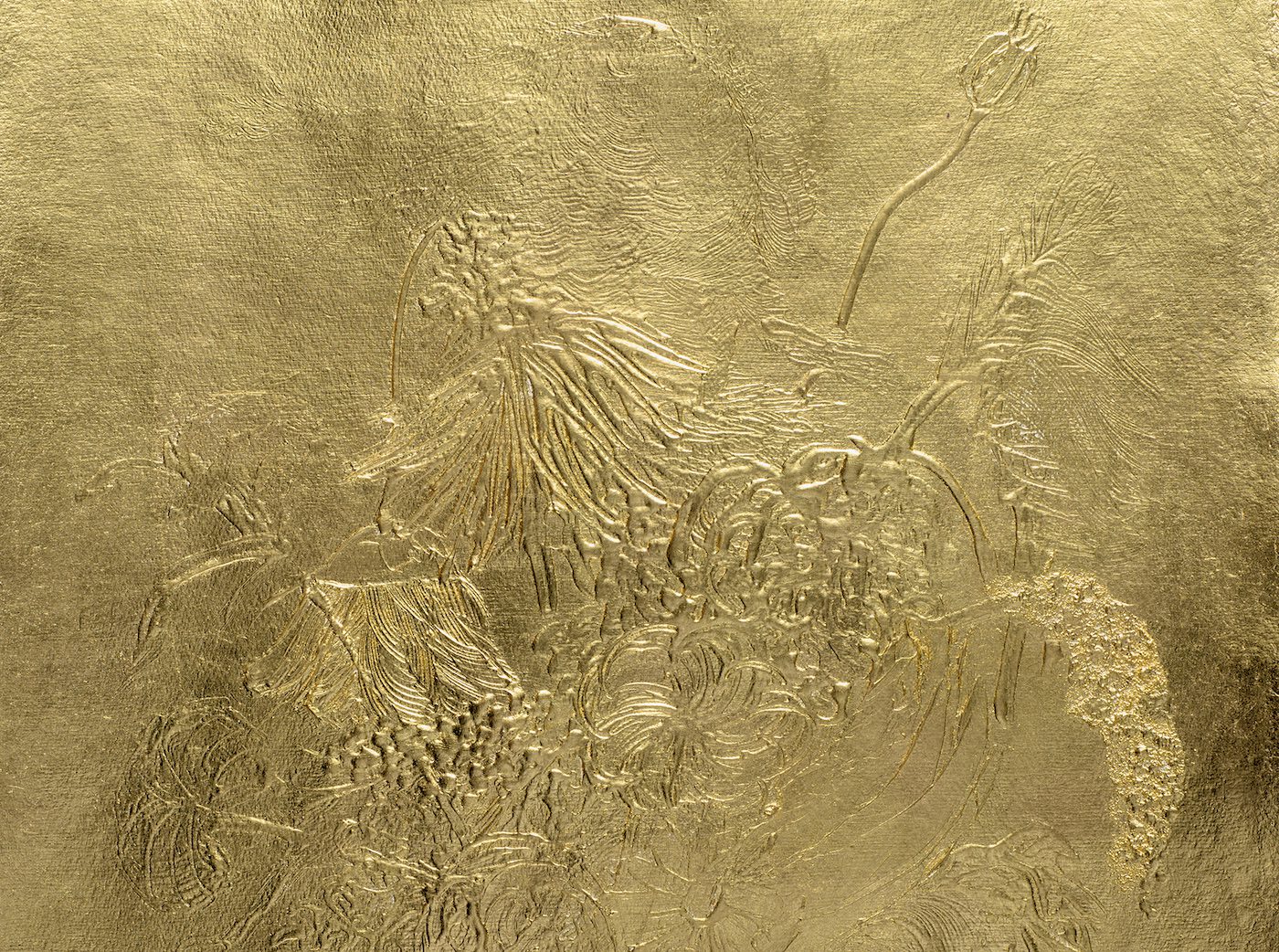 Waddell focuses on three distinctive “Golden Ages” from Africa, North America and Europe: Malian culture of the 1960s, 19th century American painting, and 17th century Dutch flower painting. Through a slow and reflective studio practice, she considers the authorship and idealism of art historical narratives and how they correspond to the economic and political structures of their time.

Waddell’s subject matter includes floral motifs, landscapes, and figuration, following the distinctive trends of different cultural eras. Here, Waddell includes Dutch vanitas and pronkstillevens painting—created alongside the birth of global trade, corporate finance, and central banking systems; American painter Robert S. Duncanson’s Landscape with Rainbow (as it relates to 19th century concepts of progress and exceptionalism); and the photography of Malick Sidibé, which captured the post-independence exuberance of Malian music in the 1960s.

Source images are transformed by a variety of processes, including burning paper using laser technology, embossing and debossing, physical distressing, and (most visibly in this exhibition), gilding. Waddell’s use of gold leaf addresses the material’s associations with value and trade, and the historic role of the gold standard in establishing modern banking and the distribution of wealth.

Gilded works allow for the construction of monochromes and provocative optical effects, much like that of a hologram. Images cannot be fully seen from one vantage point; textured surfaces and modulations in shine require the viewer to physically shift positions in order to fully view the image. The work’s dependence on light and the surrounding environment ensure that the image is never fixed, complicating the observational process, and forcing a slower, more deliberate consideration.

The exhibition title, Mettle, is a variant of “metal” that dates to the 16th century, and describes a resilient, strong, or fighting spirit. Mettle is persistently visible in Waddell’s figurative work—an attribute that Waddell uses to question entrenched historical structures, troubling the discourses of power therein.

Waddell was a recipient of the Joan Mitchell Foundation grant (2010), an Artist-in-Residence at Joan Mitchell Center in New Orleans (2017) and at QueenSpace in New York (2019). She has an MFA from the University of North Carolina-Chapel Hill and lives and works in North Carolina.