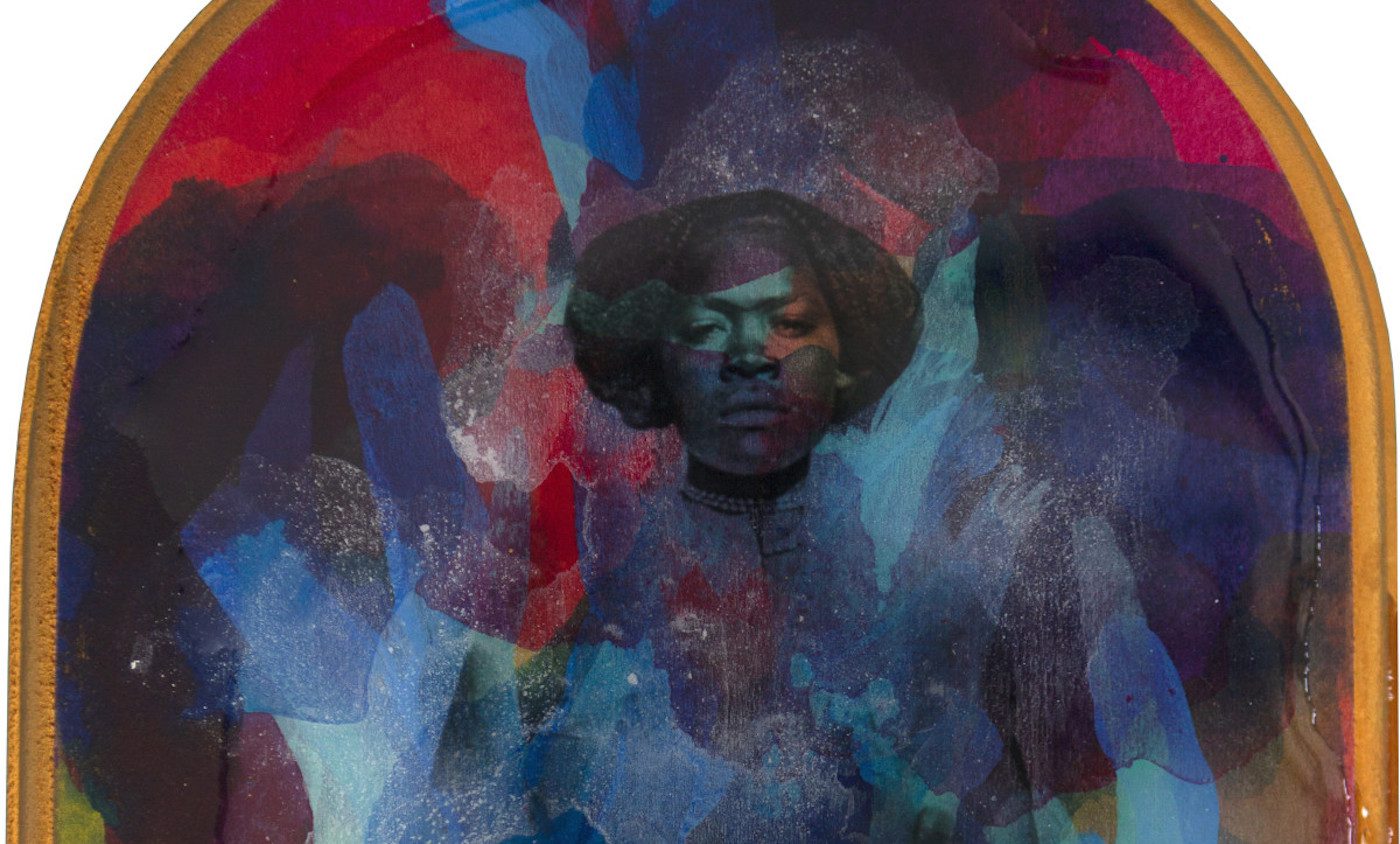 Shiraz Bayjoo’s first solo show considers the implications of social and colonial hierarchies on both communities and environments of the Indian Ocean. Across the exhibition’s two floors, the artist presents painting, photography, sculpture and installation to articulate his ongoing multidisciplinary and research-based practice.

Apart Bez, Tu Korek grapples with the visual language of European status imposed on native populations and reconfigured by Bayjoo materially and conceptually. The exhibition’s archival genealogies stem from Malagasy culture as well as Bayjoo’s own Mauritian heritage; its Creole title, meaning ‘everything’s fine except for the fuckery’, wryly illuminates the exploitation which brought the region’s linguistic diversity into being.

For the exhibition, Bayjoo presents a series of new ceramic works: The Coral Continent. Characteristic of his practice in their layering of meaning and material, each object is detailed with a sketch made by Dutch sailors and reinterpreted by printers who made them into lithographs before finding their final incarnation beneath Bayjoo’s fired glaze. Representing the unfamiliar lands, creatures and abundant resources encountered on the sailors’ journeys to and around Africa, the small drawings are nestled in textured clay and moulded into ornate frames nodding to Europe’s colonial opulence. Hung in small arrangements to enhance the intimacy of the individual works, The Coral Continent runs through the exhibition both spatially and conceptually: here, the natural world is just as much subject to colonialism’s heavy exploitation as human populations.

Bayjoo’s experiments with scale and significance extend to En Cours, a series of paintings emerging from his Politique de Races panels (2018) and ranging from jewel-like keepsakes to larger triptychs the size of altarpieces. Recuperating images of Magalasy royalty and society from French colonial archives, the series highlights the powerful and dignified presences of historically othered subjects through a multi-layered artistic technique, thus reversing the archival process by which such imagery has been wielded to oppress.

Apart Bez, Tu Korek examines what materials themselves are able to testify to; the ideas they might be able to articulate which evade their more mediated subjects. From considering the manipulation of visual languages imposed by colonising cultures, Bayjoo’s work moves to investigate the possibilities of reformulating, setting new terms for its own thinking. Apart Bez, Tu Korek begins with the ‘archive’, but its closing remarks offer new articulations – of meaning, of visuality, of materiality – in the present.

Shiraz Bayjoo is a contemporary multi-disciplinary artist who works with film, painting, photography, performance, and installation. His research-based practice focuses on personal and public archives addressing cultural memory and postcolonial nationhood in a manner that challenges dominant cultural narratives. Bayjoo has exhibited with the Institute of International Visual Arts, London; New Art Exchange, Nottingham; 5th Edition Dhaka Art Summit; 14th Biennale of Sharjah; 13th Biennale of Dakar; and 21st Biennale of Sydney. Bayjoo is a recipient of the Gasworks Fellowship and the Arts Council of England. He is an artist in residence at the Delfina Foundation, and has recently been awarded an Artist Research Fellowship with the Smithsonian.