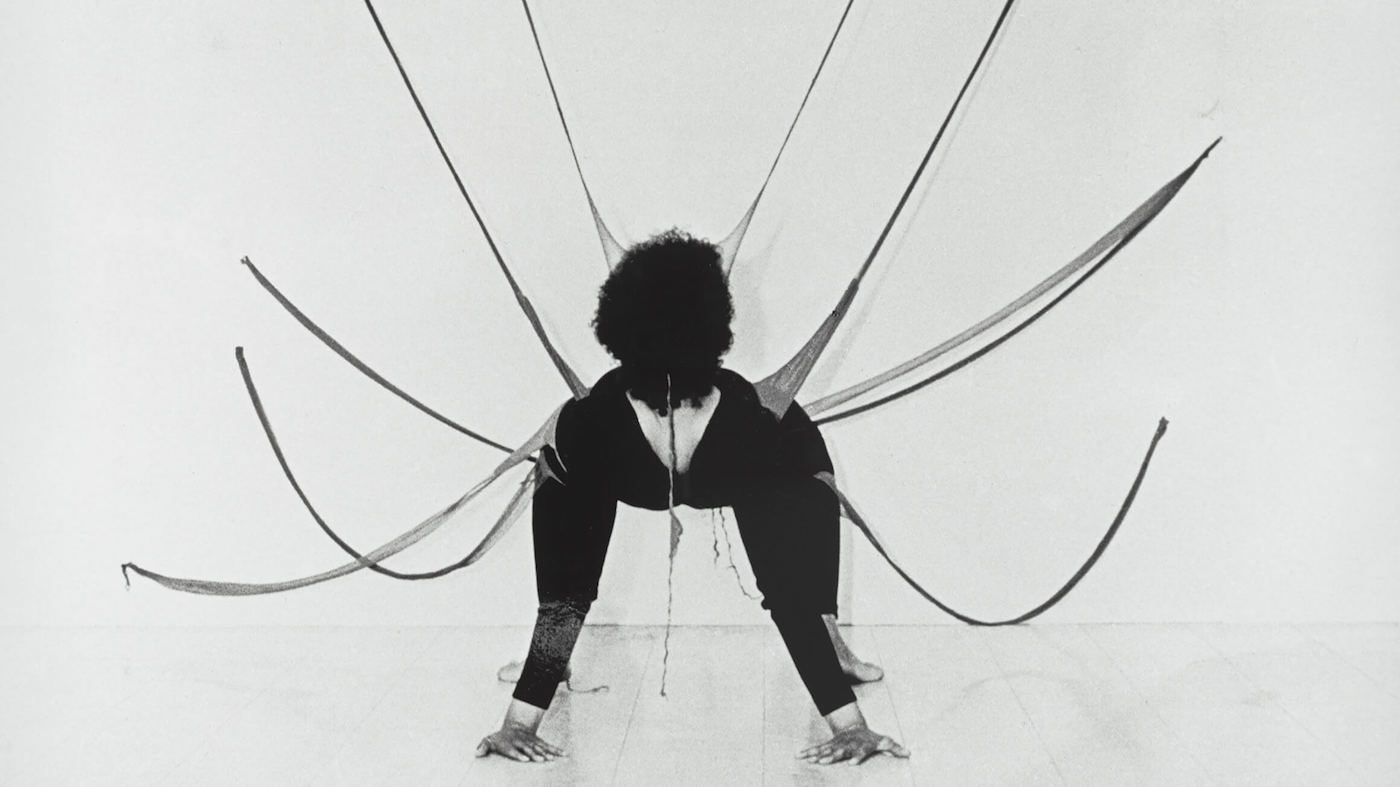 Situated at the intersection of sculpture and performance, Senga Nengudi’s provocative works reimagine the possibilities for abstract art through an exploration of both the Black female body and the collective practices of community and ritual.

A leader of the 1970s Black American avant-garde, Nengudi has built a powerful and innovative body of work rooted in her commitment to collaboration. Featuring sculptures made from everyday materials like pantyhose, water, and air conditioning units, and incorporating archival documentation, video, and sound, the exhibition traces the arc of the artist’s career over the last five decades, celebrating Nengudi as a pioneering artist of our time.

Born in Chicago in 1943 and now living and working in Colorado Springs, Senga Nengudi spent much of the 1960s through the 1980s working between the cities of Pasadena, Los Angeles, and New York. In Los Angeles she pursued concurrent degrees in art and dance at California State University, where she graduated with an MA in Sculpture in 1971 following a formative year studying abroad in Tokyo. Throughout her studies, she trained as a dancer and worked as an educator at the Watts Towers Arts Center and the Pasadena Art Museum (now the Norton Simon Museum).

In the 1970s, Nengudi became a leading force within the emerging community of Black artists and musicians whose work engaged with the radical politics of the time through an abstract and dematerialized visual vocabulary. Her media-spanning oeuvre draws on a range of influences including free jazz and spoken word, Yoruba mythology, Japanese art and theater, Brazilian Constructivism, and African ritual. Characterized by experimentation with process, material, and form, Nengudi’s work challenges and reimagines the traditional narratives of Post-Minimalism and Conceptual Art, while reframing the broader histories of both feminism and the Black Power Movement.