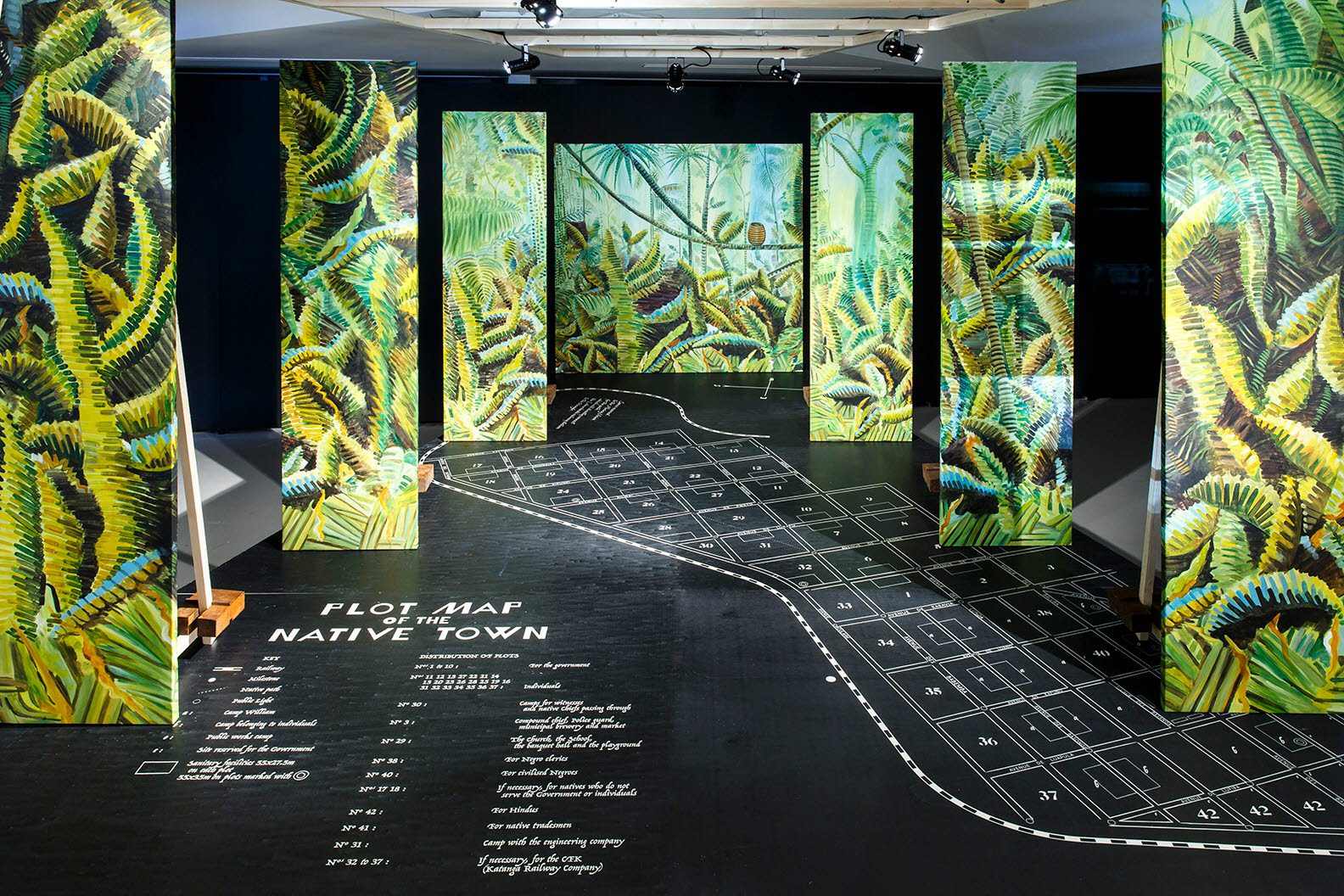 Installation photo from the exhibition 'A Blueprint for Toads and Snakes' curated by Vincent van Velsen at Framer Framed (2018). © Eva Broekema
1/1
1/1

Installation photo from the exhibition 'A Blueprint for Toads and Snakes' curated by Vincent van Velsen at Framer Framed (2018). © Eva Broekema

‘Other Tales’ is Sammy Baloji’s first solo exhibition in both Sweden and Denmark, curated by Matteo Lucchetti. It offers an opportunity to introduce, through Baloji’s oeuvre, a larger conversation on the continuous colonial gestures and actions that tie the West to African territories, specifically the Congo.

While presenting an overview of Baloji’s most recent productions, the exhibition also offers a broad insight into his investigative methodology. He uses photography, installation, film-making and sculptural forms to repurpose archival materials and museum narratives – against the backdrop of past and current international exploitation of human and mineral resources in his country of origin, now identified as the Democratic Republic of Congo.

The exhibition focuses on the unearthing of ‘other’ tales – overlooked, suppressed, forgotten – about the Democratic Republic of Congo on the world map. Throughout history, its territories have occupied a central position on the international stage. The Congo Basin has long been a site of extraction for multiple resources, from rubber to uranium, and nowadays not least copper, coltan, and lithium. Congolese raw materials have been turned into tires, atomic energy or bombs and electrical equipment for wiring, engines or communication devices.

Coltan and lithium are also primary substances for the production of batteries, fundamental to the development of so-called green energy, which fuels the growing market for electric cars and other consumer products. This is, once again, a solution for the problems of the West at the expense of the Congolese territory and its population.

Such attention to the interconnectedness of events that appear distant in time, space and meaning is a central aspect of Baloji’s practice, which seeks to mend ruptures in the colonial timeline while reordering the events it narrates and problematising it by resurrecting pre-colonial knowledge. Adopting a decolonial gaze, Baloji substantially challenges the Eurocentric foundation on which the dominant narrative rests.

‘Other Tales’ presents a substantial selection from Baloji’s recent works, including elements from the series Fragments of Interlaced Dialogues premiered at Documenta 14 in 2017, and recent exhibitions such as A Blueprint for Toads and Snakes.

After the exhibition period at Lunds konsthall, ‘Other Tales’ will travel to Kunsthal Aarhus.