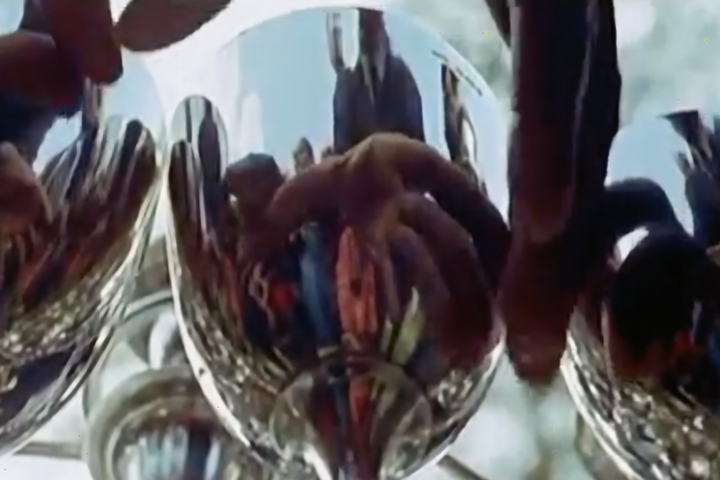 A Glossary of Words My Mother Never Taught Me (still). Courtesy of the artist.
1/1
1/1

A Glossary of Words My Mother Never Taught Me (still). Courtesy of the artist.

A Glossary of Words My Mother Never Taught Me is the first solo presentation of the work of Kenyan filmmaker, writer and curator Renée Akitelek Mboya in the UK. Upon the artist’s invitation, curator and academic Kara Blackmore will inaugurate the event in the form of introduction to Mboya’s film on the opening day of the three-week-long screening as well as mediate the work through discursive audio and textual materials throughout normal opening hours.

The eponymously-titled short film A Glossary of Words My Mother Never Taught Me follows the heritage of the 1966 film Africa Addio (also known as Africa Blood & Guts in the United States, and Africa Farewell in the United Kingdom). Africa Addio is a sensationalist Italian documentary about the end of the colonial era in Africa, shot over a period of three years by Gualtiero Jacopetti and Franco Prosperi, who had gained fame as the directors of Mondo Cane in 1962. This film ensured the viability of the so-called Mondo film genre, a cycle of “shockumentaries” — a description that largely characterizes Africa Addio.

In appropriating the form and material of Africa Addio, Mboya subverts the film’s material to articulate the forensic function of the image as evidence of the racist regime that portrays certain bodies as criminal, or worse. In A Glossary of Words My Mother Never Taught Me, the artist’s voice superimposes an element of autobiographical narration over the pseudo-documentary Mondo footage. Unfolding memories of a more recent past suggest that Kenya’s political independence from British colonial rule as a historical fact in itself did not entail a disappearance of the inherited forms of oppression from the country’s public domain. In building the independent post-colonial nation, generations of political regimes have keenly constructed official versions of history – in Kenya and beyond – haunted by the parts of the past it suppresses. A Glossary of Words My Mother Never Taught Me traces this internal impulse to efface the memory of colonial injustices as it exposes friction between decolonisation as historical emancipation of nation-states and the colonial matrix of power that continues to permeate the psychosocial fabric of the present.

Alongside the film, to interlocute in the violent history its imagery evidences, Renée Akitelek Mboya reimagines a songbook of 1960s and 1970s ideological ‘freedom’ songs as part of a nation-building tool kit, presented alongside an audio-conversation between the artist and academic Kara Blackmore as well as reading companions offering methodological inroads into the ongoing operations of coloniality.

Renée Akitelek Mboya is a writer, curator and filmmaker working between Dakar and Nairobi and is collaborative editor and member of the Wali Chafu Collective, Nairobi, KE. Her custom is one that relies on biography and storytelling as a form of research and production.

Kara Blackmore is a curator and academic who works at the intersections of art, heritage, and social repair after conflict. She has curated exhibitions across the globe, including in Uganda, South Africa and the UK and her writing is published widely including the Journal of Refugee Studies, Wasafiri, Critical Arts, Biennial Foundation Magazine, C& and Art Africa Magazine.

Made possible with generous support from Arts Council England and the Cultural Recovery Fund.