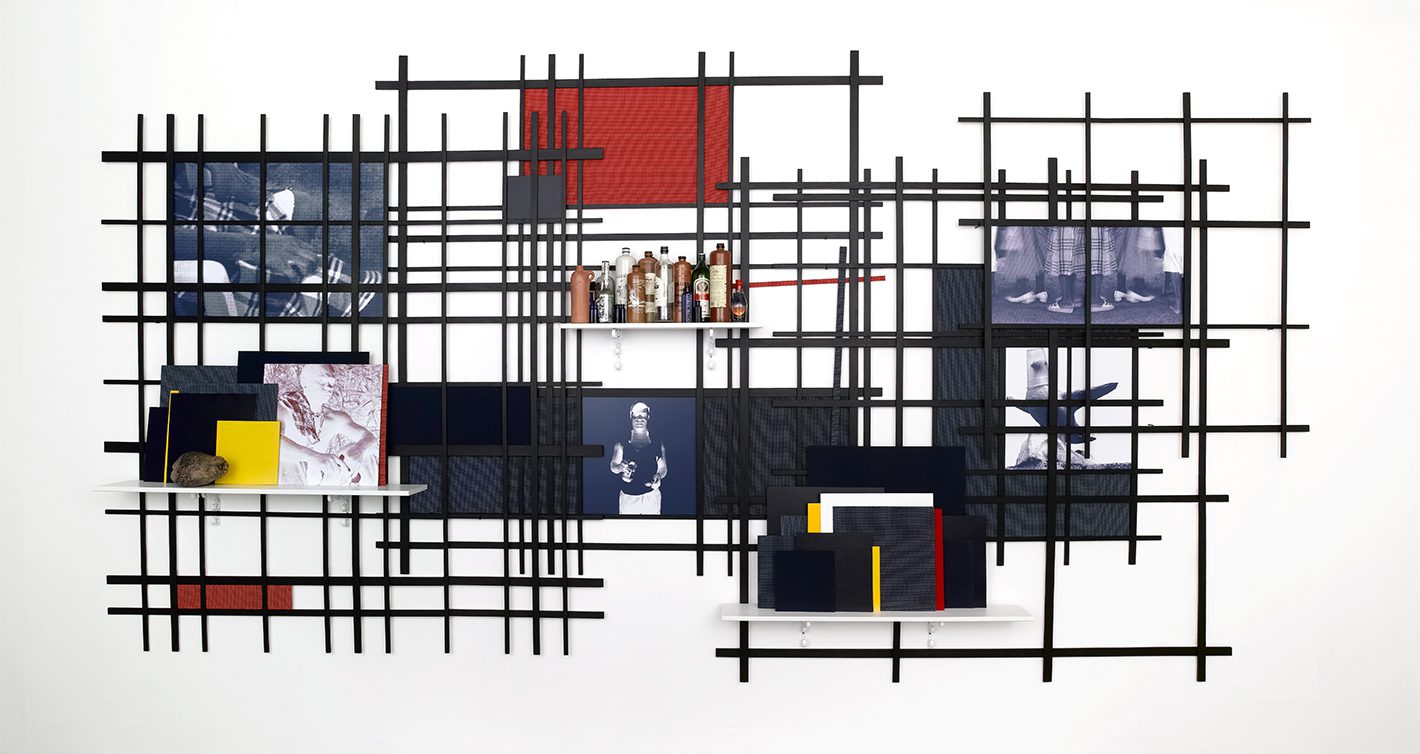 Remy Jungerman: Behind the Forest

On November 20, Remy Jungerman: Behind the Forest opens at the Stedelijk Museum Amsterdam.

The survey, organized in close collaboration with the artist, focuses on Jungerman’s artistic output over the last 15 years and includes new work created specifically for this occasion. In a borderless and timeless conversation between styles, schools, and identities, Jungerman’s sculptures, installations, panels, collages, and screen prints trace pathways of patterns from the Maroon culture in Suriname, the African Diaspora, and the visual idiom of 20th-century modernism. In his work, Jungerman seeks to establish an autonomous visual language by initiating a dialogue between abstract geometric patterns drawn from this multiplicity of visual traditions. He shows how not only people migrate, but also colors, shapes, and aesthetic principles.

Remy Jungerman (1959) was born in Moengo, Suriname in South America and lives and works in the Netherlands and the United States. He attended the Academy for Higher Art and Culture Education in Paramaribo and moved to Amsterdam in 1990 to complete his training at the Rietveld Academy. Jungerman’s mother is of African heritage, his father of European descent. When his father passed away in 2005, Jungerman returned to Suriname for the funeral. While there, he also visited his mother’s family altar and took part in ancestor worship rituals. Jungerman’s mother is a descendant of the Bakabusi (“the people behind the forest”), also known as the Brooskampers. These Surinamese Maroons escaped enslavement on Dutch plantations and founded their own community in the Surinamese rainforests. The group was led by Granman (paramount chief) Broos. Through the act of creating his work, Jungerman honors his ancestors.

The exhibition’s title, Behind the Forest, is a direct reference to the Bakabusi. For this reason, Jungerman takes 2005 as the starting point for this overview of his artistic oeuvre. The artist draws parallels between the geometric patterns of traditional textiles unique to Maroon culture and those of modernism. Connecting, juxtaposing, or contrasting cultures is intrinsic to his pursuit of an autonomous visual language, one which deftly interweaves the cultures of the countries that define him: Suriname, the Netherlands, and the United States. Deepening and broadening our questioning of authorship, appropriation, and indeed of modernism itself, in an instant Jungerman effortlessly collapses the full range of dichotomies and hierarchies that tend to define the human inclination toward clear-cut oppositions.

Rein Wolfs, director of the Stedelijk Museum Amsterdam: “Jungerman’s work is of tremendous value to the Stedelijk at this crucial moment in time, when as a museum we are exploring how to reconcile our history, including our modernist collection, with our current vision, including an emphasis on diaspora and a firm critique of the very premises of modernism. With references to Maroon culture, West African elements, and modernist aesthetics such as De Stijl and constructivism, Jungerman challenges established art history with installations infused with his personal rhythm, imagery, and influences.”

Remy Jungerman is one of the most important artists working in the Netherlands today. Behind the Forest presents a number of key artworks produced over the past fifteen years, including the installation Visiting Deities, comprising three large horizontal forms (“bearers of the past”) suspended above a table situated in a dry riverbed. Jungerman first presented this installation during the 58th Venice Biennale, and now it is once more on display at the Stedelijk. Also on view is Broos, a film composed of photographs and brief film clips Jungerman made during ancestral worship rituals held by Bakabusi descendants on the Rorac plantation in Suriname. The rhythmic arrangement of short black-and-white fragments is underscored by the composition “Follow the Light” by American jazz musician and composer Jason Moran.