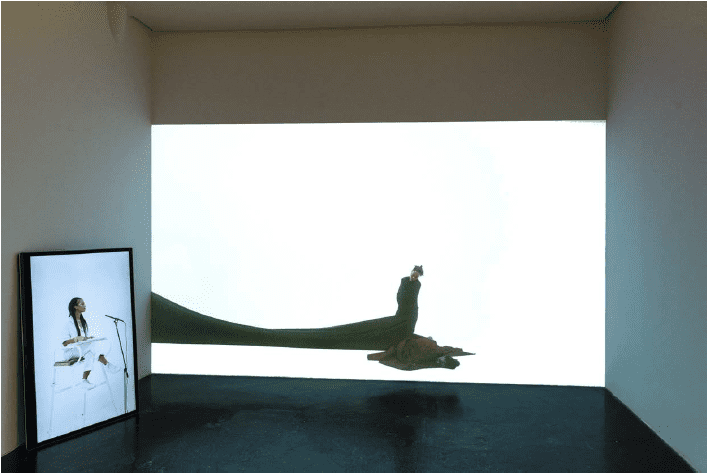 The exhibition Pretérito Perfecto [Past Perfect] aims towards generating an encounter between the current moment and its preludes in the past. The artists that compose the exhibition share an understanding of art as a critical tool for research: Ângela Ferreira, Grada Kilomba and Rogelio López Cuenca.

The work on memory they carry out on perceiving the past as a moment of time in constant revision, generates disruptive forms and opens to diverse formalizations that contribute to new possibilities of seeing and understanding the world today. Hence, in this exhibition, several time layers: the reference to Spain’s recent past through the non-fictional, the reinterpretation of founding classics of European culture or the hommage to different figures or utopian episodes of the 20th Century history in Portugal, Mozambique, Democratic Republic of the Congo and other countries. Pretérito Perfecto [Past Perfect] is, therefore, a title charged with irony, that questions our relation with history and implies that we rely on its critical study to shed light on past episodes and its consequences in the present.

Ângela Ferreira (Maputo, 1958): her artistic practice is focused in the analysis of consequences from colonialism and postcolonialism in the contemporary world: a research scope where identity and the configuration of a modern movement play a central role in contexts subdued to a colonial past.

Grada Kilomba (Lisbon, 1968) is an interdisciplinary artist know for her work centered on the examination of memory, trauma, gender, racism and postcolonialism. Her work is realized in different formats, from texts, stage reading and acting, until videos, theatrical installations, in what she entitles “Performing Knowledge”.