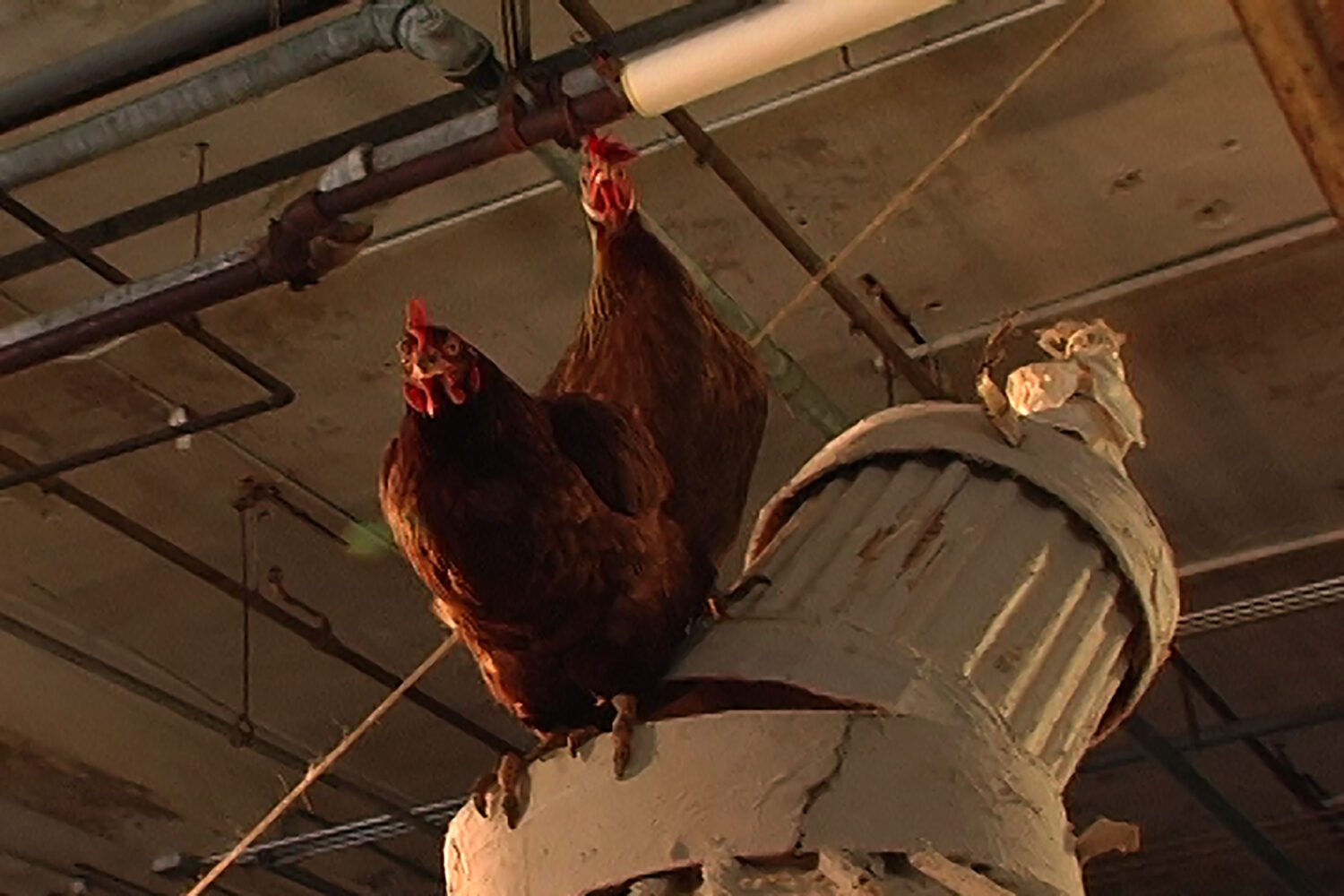 Pope.L: Between A Figure And A Letter

For his first solo exhibition in Berlin, American artist Pope.L (b. 1955 in Newark, NJ) has devised Contraption, a new site-specific installation for the Schinkel Pavilion’s spectacular first-floor space, presented alongside a selection of works excerpted from his ongoing Skin Set Drawings project and the video Small Cup (2008), shown inside the pavilion’s cavernous basement room.

Filmed inside a former textile mill in Maine at a time of what now seems, falsely perhaps, greater political innocence, Small Cup shows a couple of goats and a handful of chickens trampling and noisily eating their way through a seed-coated architectural model of what looks like the U.S. Capitol in Washington D.C. – instantly recognizable thanks to its titular ‘small cup’ or cupola. Upstairs, a new installation explicitly alludes to another cupola-crowned building, which likewise acts as a lightning rod for a wide range of hot-button political issues debates: the equally recognizable circular dome that sits atop the newly opened Humboldtforum across the Kupfergraben. A prominent quasi-robotic feature of this installation is a contraption resembling a woodchipper, brought to life thanks to the periodic feeding of a wooden model which incorporates architectural elements of both the Humboldtforum (a tawdry remake of the old Prussian royal palace) and the Schinkel Pavilion (a late sixties, Bauhaus-inspired GDR-era reimagining of a prewar original), as well as the nearby Schinkel-designed Neue Wache. The wooden model’s bizarre crystalline shape conjures the delirious blurring of ‘natural’ and political histories, indeed of geology and history proper, that is such a troubling hallmark of our hypercharged contemporary moment. The visitor may make what they will of the cathartic ritual of the models’ violent undoing – rest assured, however, that the resulting woodchips will be put to good, i.e. environmentally sound use.

The Skin Set Drawings scattered around the Schinkel Pavilion’s warren of ground floor backrooms are taken from a subgroup of works – shown here encased in new, custom-made frames that render them only half-visible, at times even completely inaccessibile – zeroing in on the unsettling void between the letters of the writing which customarily occupies such a central place in the artist’s practice: the gaping chasms of un-meaning between the titular ‘letter and figure’.