Explore the unexpected intersections of art, activism, and the everyday with Live Projects 4, an extension of the exhibition Public Intimacy: Art and Other Ordinary Acts in South Africa.

Part of the program: 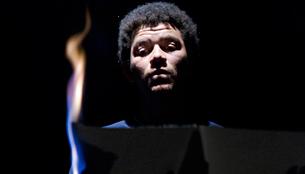 Kemang Wa Lehulere, courtesy of the artist and Stevevson, Cape Town and Johannesburg

Kemang Wa Lehulere: The Grass Is Always Greener on the Other Side

A multimedia artist based in Johannesburg, Kemang Wa Lehulere is interested in the intersections of personal narrative and collective history, memory, and amnesia. His recent work engages themes of unearthing the past in South Africa and beyond. This performance accompanying Wa Lehulere’s installation in Public Intimacy focuses on the figure of Nat Nakasa (1937-1965), a black South African anti-apartheid writer and journalist for Drum magazine who died suspiciously in an alleged suicide, falling from a building in New York City. 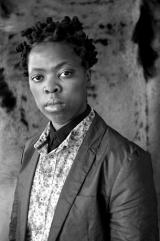 Zanele Muholi, courtesy of the artist and Stevevson, Cape Town and Johannesburg

Zanele Muholi is a photographer and self-described “visual activist” dedicated to addressing social injustice, particularly issues of race, gender, and sexuality. She is best known for her photographic series Faces and Phases, which portrays black members of the LGBTI community in South Africa and around the world, and seeks to displace stereotypes of black female sexual identity as intensely sensual and exclusively heterosexual. Muholi’s work and activities also include documentary films, writings, beadwork, and the organization Inkanyiso, which gives visibility to conditions that lesbians of color confront in South Africa and works to create change. 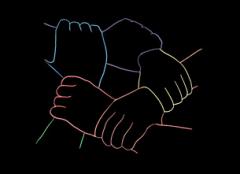 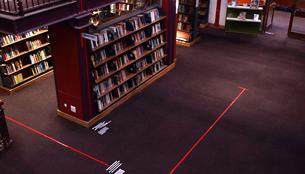 Discover new stories in the stacks of the San Francisco Public Library through this project by Chimurenga, a Cape Town collective focused on Pan-African history and culture. In addition to publishing, music, and Internet radio ventures, Chimurenga has created interventions in libraries ranging from the large City of Cape Town library to the small Keleketla community library in Johannesburg. In San Francisco, they are creating a simple system that allows browsers to connect various items in the library in a way that generates different narratives, with a focus on the participation of African American artists, writers, and performers in Pan-African festivals of the 1960s and 1970s.

Free and open to the public.