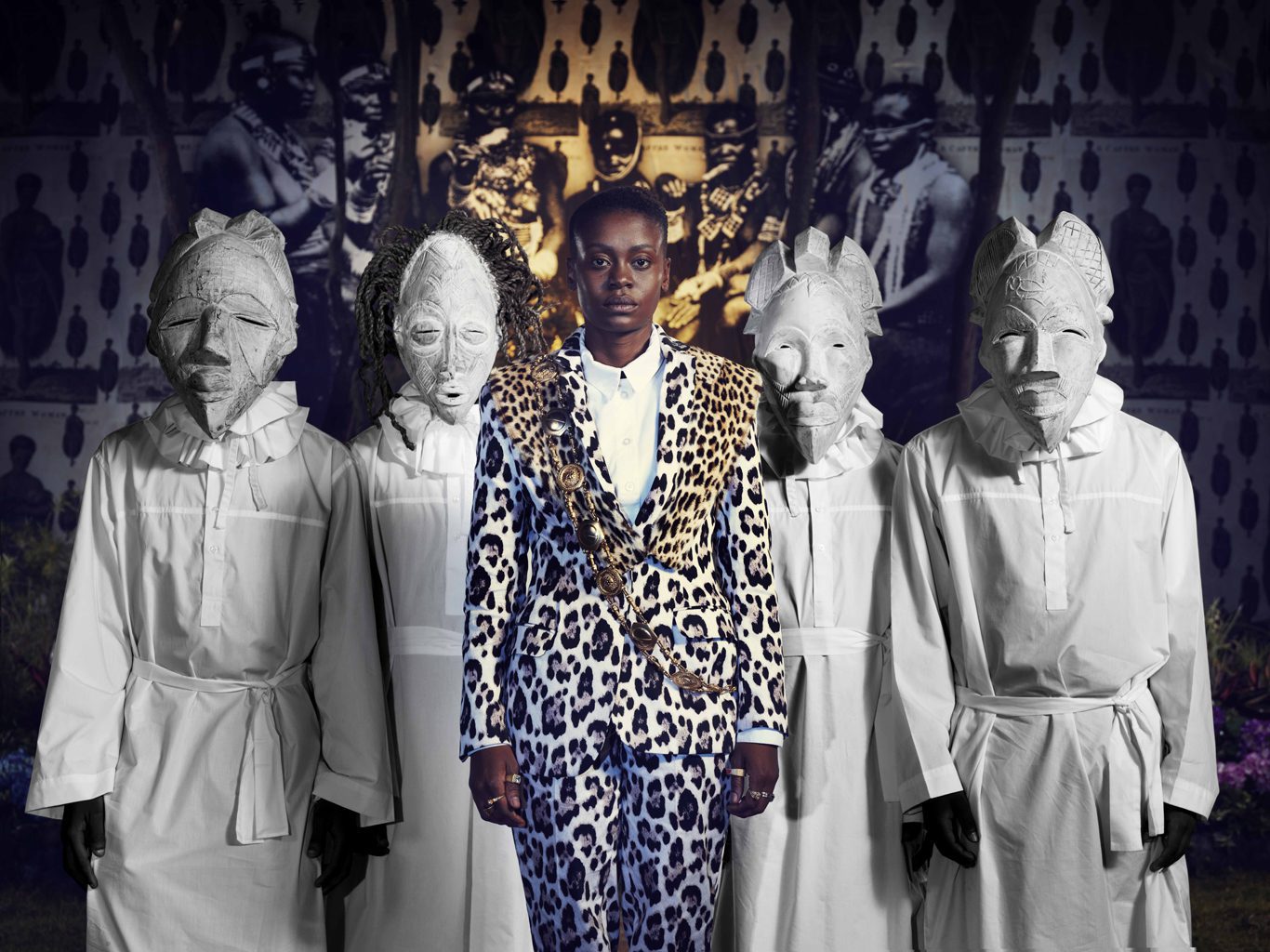 Kudzanai Chiurai: We Live in Silence

On 31 August Goodman Gallery Johannesburg launches a major, dual-location exhibition by Zimbabwean artist Kudzanai Chiurai, titled We Live in Silence, in which a new series of characteristically theatrical and politically charged works (photographs, videos, drawings, paintings and installation) will be presented.

Taking place across Goodman Gallery Johannesburg and Constitution Hill, We Live in Silence marks the final installment in a three-part series that began with Revelations (2011) and continued with Genesis [Je n’isi isi] (2016). Taken as a whole, this ambitious body of work disrupts what the artist refers to as ’colonial futures’, creating ‘counter- memories’ within his images to contest dominant colonial narratives.

Part two of the show is opening at Constitution Hill on 9 September, where the artist will screen four new films from which the works shown at Goodman Gallery are derived.

The exhibition takes Mauritanian filmmaker Med Hondo’s critically acclaimed 1967 drama Soleil Ô as its starting point, responding, in particular, to the colonial mindset encapsulated in the following line from the film: ‘It’s crucial to be able to select individuals capable of speaking as we do, capable of thinking as we do, capable of retaining, of absorbing, yes absorbing words as we do and above all giving them the same meaning, and so there’ll soon be millions of white-washed blacks, white-washed and economically enslaved’.

In We Live in Silence, Chiurai dissects the film through similitude, recreating scenes intercut with visual references from popular culture and art historical sources to stage alternative colonial histories and futures that reject this notion that African migrants are to think, speak and understand language like their colonisers. The exhibition also repositions the female role in recent struggle histories – recasting the lead character as a woman in the black liberation narrative to challenge the gender bias inherent to such narratives, which tend to pit a black male as the victim of colonisation and, hence, the liberator of the post-colony.