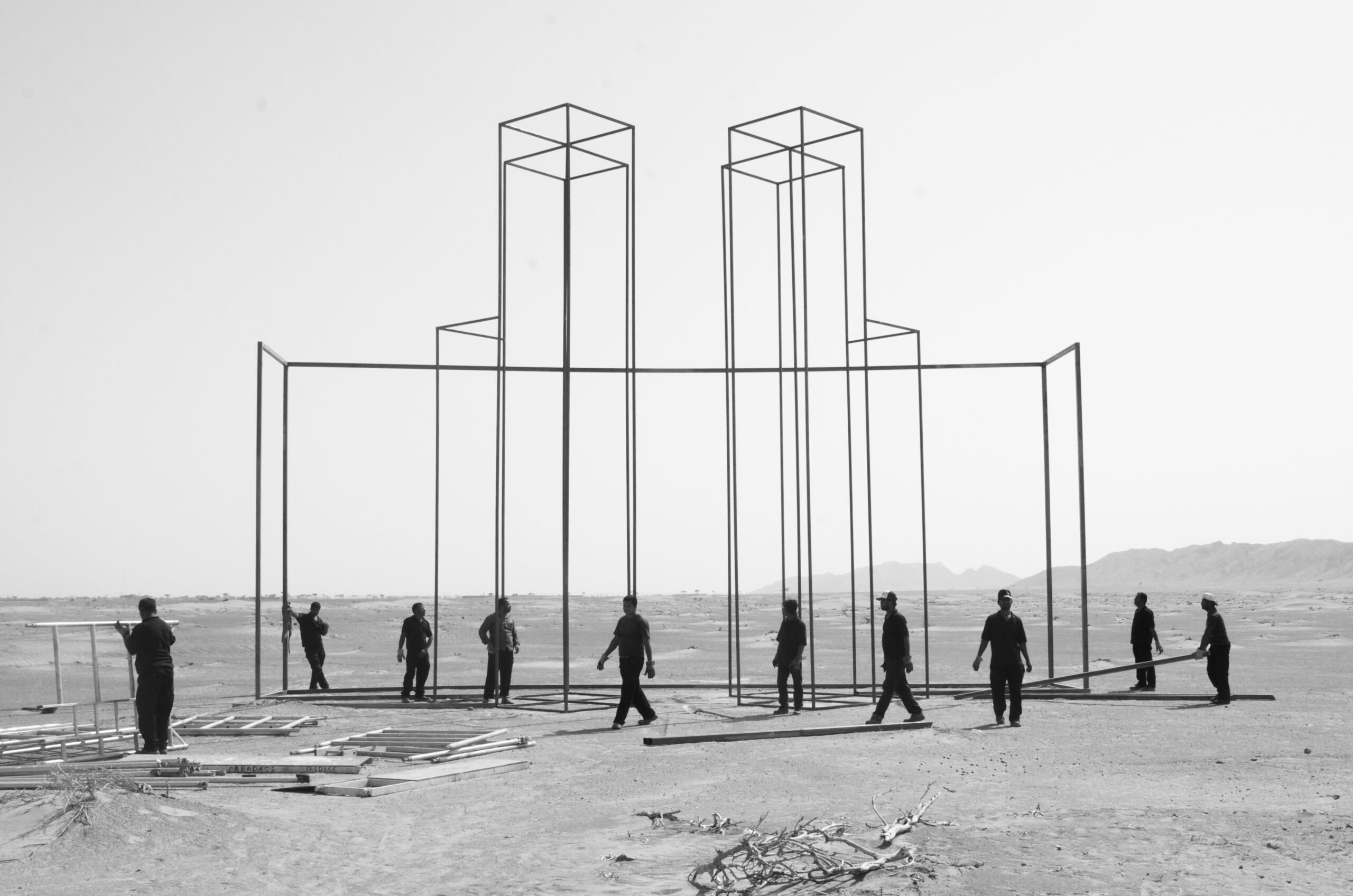 The artist looks at real cities and their 3D models in an immersive four-channel video installation, as well as three interconnected series of photographs.

In A City Called Mirage, Henda considers the birth, life and death of modern cities. The exhibition begins with a photograph of a rusty time-worn sign of the word “Miragem” (Mirage), found by the artist in the Namibe Desert. Acting as a catalyst for new work that contemplates humanity’s drive towards urbanization, the sign spurred Henda to look at Dubai as a questionable archetype of the contemporary city, a byproduct of neoliberal desires. New cities such as Dubai are often built with little consideration of their historic or environmental characteristics, drawing parallels to the urban reconstruction of the artist’s home city Luanda, Angola.

In Paradise Metalic (2014), four synchronized videos together recount the construction of an ideal city, dreamt by the “Man with the Shovel” and built on the barren Maliha Desert in Sharjah. At once land art and performance, a new fictional country is established and subsequently demolished in the sand, hauntingly demarcated by stakes in the ground, concrete walls and iron skeletons of buildings. Based on traditional central African sona sand drawings, A City Called Mirage (2013–17)—a series of 50 photographs, also the title of the ISCP exhibition—documents large-scale sculptures assembled in the desert, based on the silhouettes of an imaginary city, using the geometric forms of sona drawings as a blueprint. Native to Tchokwe culture of Eastern Angola, these ephemeral forms are drawn in the sand to tell stories and transmit oral histories. Dubai as a spectacular city and the ultimate tabula rasa is conjured in Instructions to Create You Own Personal Dubai at Home (2013), with playful instructions for how to build your own iconic skylines at home using everyday domestic materials such as old circuit boards, tinfoil, beer cans and match sticks.

This exhibition is curated by Kari Conte, Director of Programs and Exhibitions.