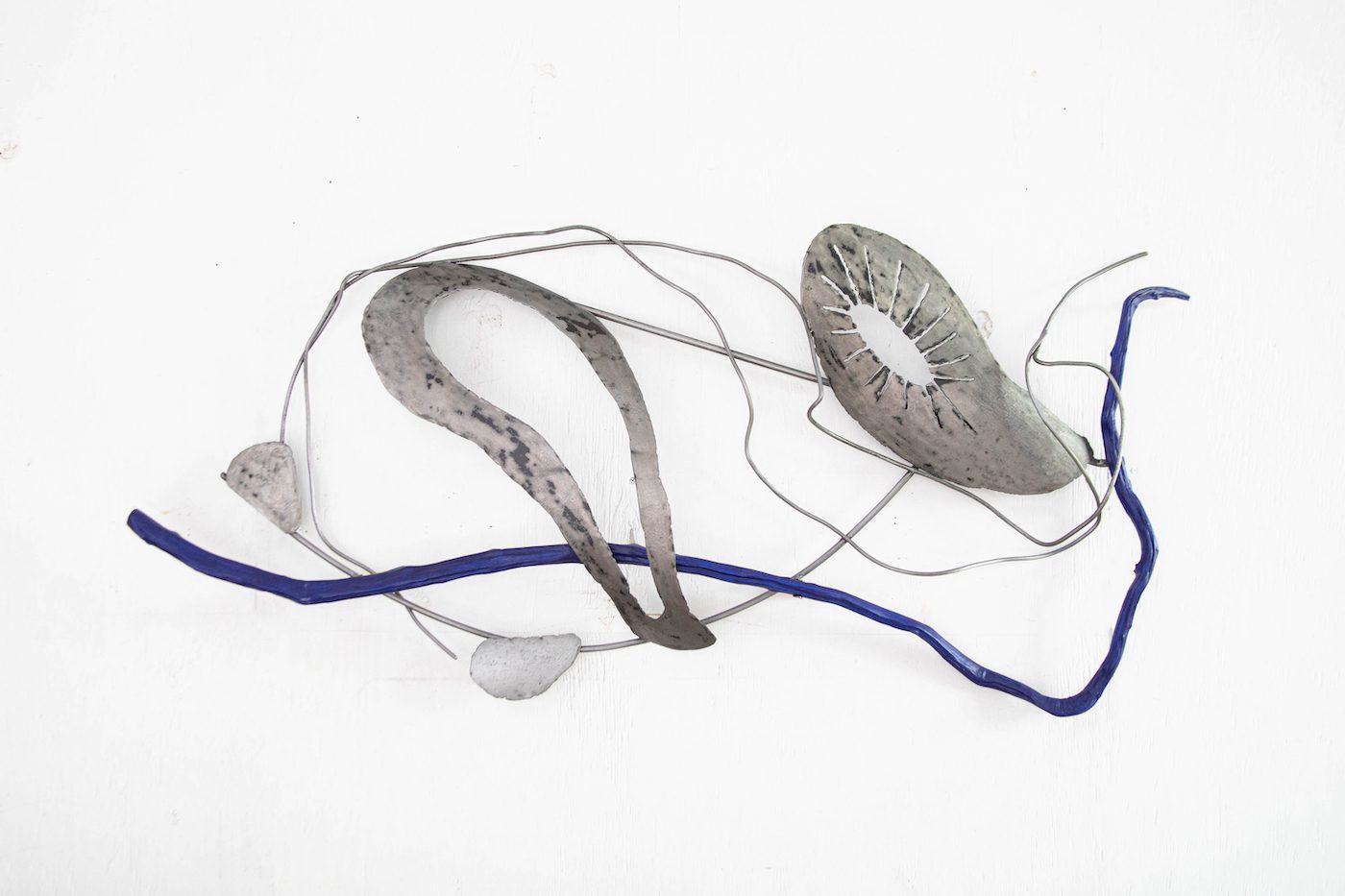 In this new body of work, Beadle combines natural and manufactured materials to create pieces that reference and warp their original forms. Beadle, who trained as a painter and printmaker, applies a similar attitude toward materiality in these sculptures. These new works are examples of Beadle’s ability to merge painting, sculpture and installation, creating a rich sense of line, dimension and texture.

Beadle’s carbonized mahogany carvings fuse a variety of natural wood textures into single compositions. In his circular wall sculptures, round indentations, thinly etched lines and curving hollows mimic the various textures found naturally in wood, allowing these different patterns to blend into one another. These natural patterns are echoed in the grain of the wood itself, which remains a prominent feature of these pieces despite the carbonization of the wood. The artist contrasts his circular carvings with two freestanding, upright wooden sculptures. The natural shape of the tree is referenced in these rectangular pieces, continuing the motifs of naturalistic linework and engravings. Beadle sees all of his wood carvings as a kind of drawing—except that instead of adding onto the existing material, these carvings require him to subtract from it, as one would do to a wood block for printmaking.

John Beadle (b. 1964, Nassau, Bahamas) is a multi-disciplinary artist and masterful artisan. Beadle describes universal narratives with an incredible proficiency that manifests into meticulous presentations that elevate the raw and the common materials he often uses. Painter, sculptor, mixed media and installation artist, Beadle creates bodies of work that touch on migration, labour, security and the perception of value given to certain materials, objects and people. He creates an ambiguity between the delineation of fine arts, utilitarian artwork and craft. Trained as a painter/printmaker, Beadle also has an impressive practise in the traditional arts of Junkanoo, having served as a principal designer and sculptor in the One Family Junkanoo group. Due to his reach and longevity, Beadle is also considered one of the seminal artists of the contemporary Bahamian art scene.