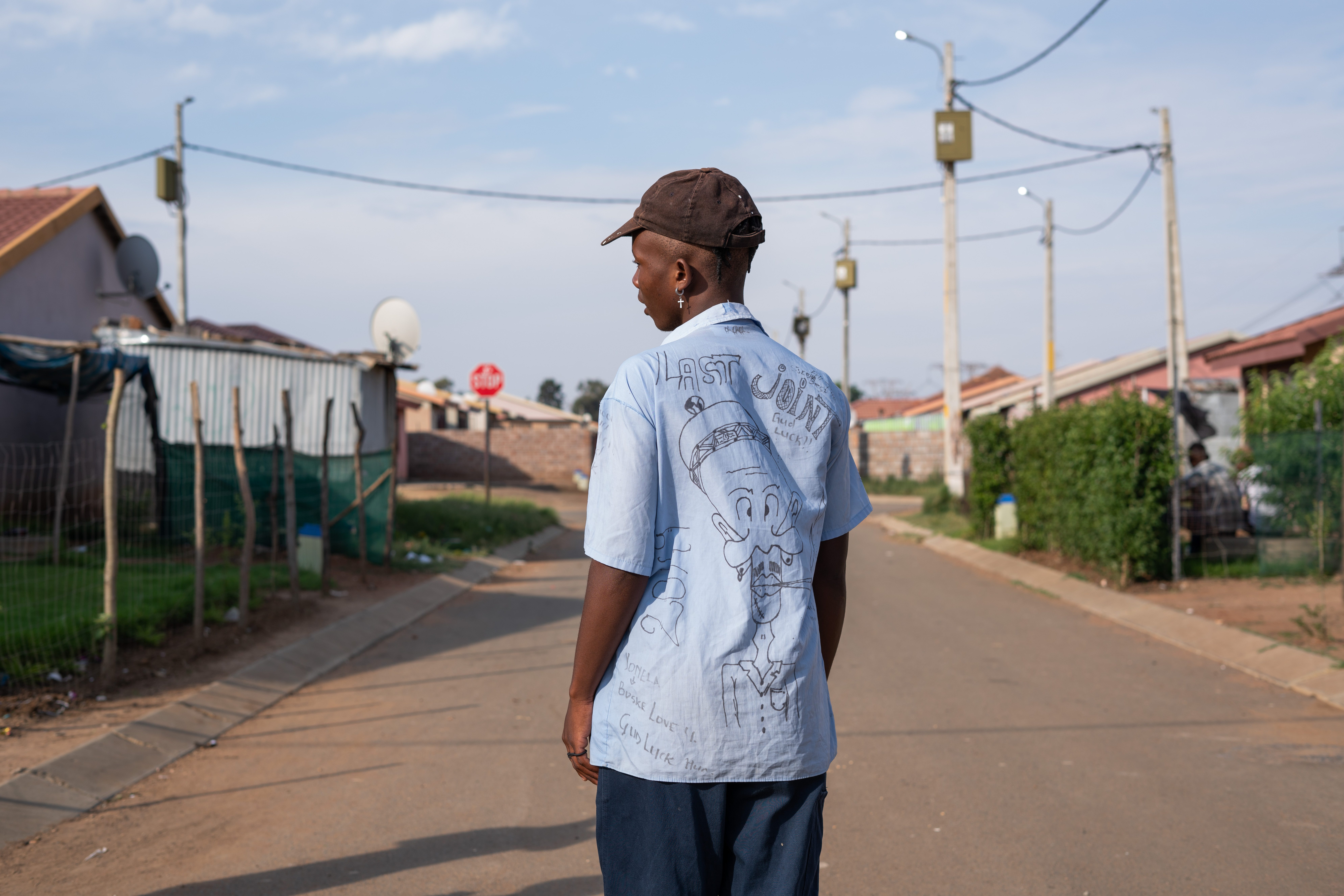 Of Soul and Joy presents “Inganekwane” a group show featuring the new work  of 16 photographers as a result of the 6-month long Khumalo Street mentorship between December 2020 and May 2021. During this period, learners have selected their own relevant theme and objectives of the project which has been met through mentorship, curatorial input, and weekly photographic workshops.

Inganekwane
Text by Teboho Ralesai
“Inganekwane” is a nguni word which means “story telling”, “fable” or “creation of history” through narrative performance. This exhibition aims to explore Khumalo Street as a site of memory where the communities collective knowledge can be shared, performed and archived. It’s through this elaborative memory disposition by which the interconnection between narrative and history can be established.
Khumalo street is an arterial street that experienced a wave of transitional violence between 1991 and 1994. The violence emerged as a result of conflict of ideologies between hostel dwellers who were politically aligned to the Inkatha Freedom Party and broader township residents who were aligned to the African National Congress. The violence persisted for three years with 3000 people being killed. It was during the Truth  and Reconciliation Commission that the complexities of understanding the reason that led to the violent period emerged. The elements of comrade criminality and suspicion  of state sanctioned violence has created shifting social realities on what transpired.  The exhibition brings together works from Of Soul and Joy students who grew up in the community where the violence has been localised. The project aims to interrogate personal histories and the continuity of the trauma as a generational experience.  It’s through this social mapping that the students’ work intersect the collective memory and private memory. By participating in the collective narrative, the Of Soul and  Joy students and mentors provides documentary photographs that are subjectively representational and can not be viewed as facts but merge the present with the past.
Participating Photographers: Sibusiso Bheka, Simphiwe Fuwe Molefe, Thembikosi Hlatshwayo, Litha Kanda, Vuyo Mabheka, Sikelela Mdilikwana, Lerato Maphoto, Lunathi Mngxuma, Xolani Ngubeni, Thobeka Nzwana, Sibusiso Sithonga, Simphiwe Vilikazi