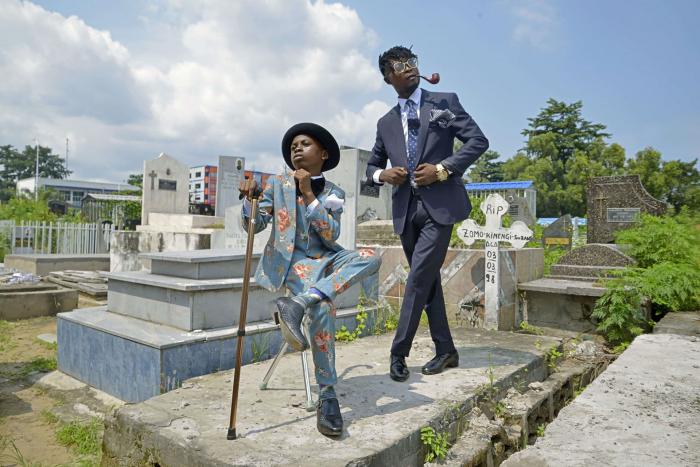 Photography as a medium of imagery in particular is closely linked in its genesis to the imperial industrialisation of Western nation states and to the colonisation of the African continent in the 19th and early 20th century. The reverberation of photographs from this period is an expression of a permanent unconscious, but equally manipulatively employed conscious reproduction of myths and negativistic representations of this continent. For this reason, other perspectives, other art practices and other participants in the field of photography and related visual media are needed today.

The photographic and cinematic works shown at the Museum Angewandte Kunst, deal directly or indirectly with historical abuses and the media image of “Africa”. Yagazie Emezi, Mohau Modisakeng and Yves Sambu present an exploration of gender, poverty, beauty, the body, identity and the consequences of racism for the individual and the community, all drawn from within African societies.

From June 3 to September 12, 2021, the international photography Triennial RAY will present contemporary photography as well as its related media under the theme of IDEOLOGIES. Critically reflexive art, which questions its own foundations of creation and the very act of its presentation as well, will be presented. The fourth edition of the RAY Triennial will take place at over 11 exhibition venuesin the Frankfurt/Rhine-Main region.#