Maruani Mercier Gallery is pleased to present Hank Willis Thomas’ second solo exhibition at the Brussels gallery. Well-known for his interest in the framing and context of history and perspective, this new body of work marks a progression in Thomas’ critique of the construction of identity, power, and popular culture in the western imagination.

As an expression of consciousness and the perception of reality, Surrealism and Abstraction become vehicles of liberation and possibility. Using these movements as a jumping off point both aesthetically and conceptually, this exhibition focuses on the relationships drawn between art history, the history of Belgium, colonialism and the history of the Congo. Through a variety of mediums, Thomas presents a visual timeline as a way to draw new connections between the history of art and conquest, and the subversion of colonialism.

Through visual layering of historical archives, art historial tropes, and references to popular culture, Thomas reveals how power relations, the struggle for independence, and the establishment of trade and popular culture have been constructed by and large in the western imagination. 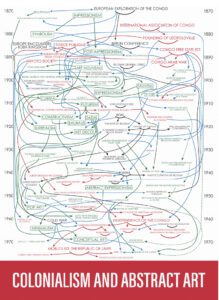 Thomas’s collaborative projects have been featured at the Sundance Film Festival and are installed permanently at the Oakland International Airport, The Birmingham-Shuttlesworth International Airport, The Oakland Museum of California, and the University of California. He is also a recipient of the New Media grant from Tribeca Film Institute and New Media Infinity Award from the International Center of Photography for his transmedia project, Question Bridge: Black Males. Recent notable exhibitions include Hank Willis Thomas at the Cleveland Museum of Art and Repetition and Difference at the Jewish Musuem in New York. He was recently appointed to the Public Design Commission for the city of New York.