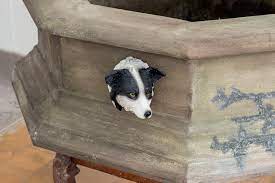 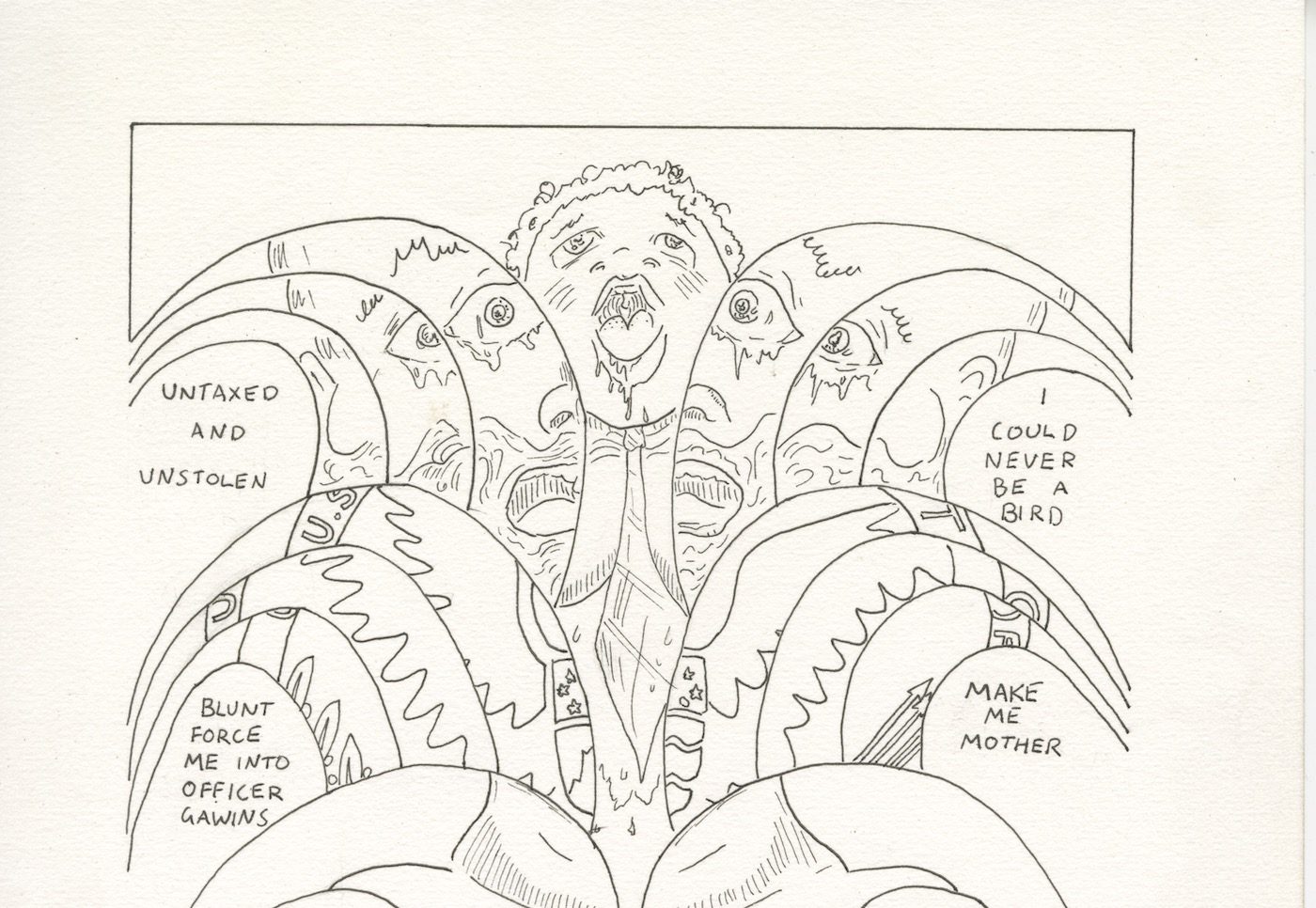 Dog Heaven 2 : How Sweet the Wound of Jesus Tastes is Hamishi Farahʼs first institutional exhibition and a sequel to the artistʼs first solo show in Europe in 2015 in Brussels. The exhibition gathers newly commissioned paintings and other recent works. Hamishi Farah is a self-taught artist whose work in conceptual and figurative painting plays inside the production of a politics and philosophy of representation, with a particular focus on the libidinal afterlife of coloniality and itʼs permeation through contemporary art.

While representational painting is shackled to narrative, representation itself flirts with an atemporal immanence upon arrival at a Blackness understood outwardly as a concept that negatively structures human capacity. The philosopher Fred Moten argues that the negative structuring of human capacity is not to invoke the inhuman but something closer to the antehuman, what necessarily came before, in perpetuity before, suggesting this world-shaping Blackness as another name for the force that is not endemic to, but currently occupied by the people who refer to ourselves as Black. To stretch an Afropessimist logic atemporally, you could assume Jesus Christ was Black because it was necessary for Christians to reenact his murder in perpetuity to feel human. The exhibition is organized by Mohamed Almusibli, independent curator based in Geneva, Switzerland.

The works in the exhibition are productions from 2015 to 2021 and each reflects the artist’s field of research into issues and methods of representation.

The selection of recent works such as Helen (2017) and Black Lena Dunham (2020) touch on the possibilities of non-human representation, inspired by Afro-pessimistic theory. Representation of Arlo (2019), meanwhile, demonstrates the uneven politics of representation.

Through the image of a ghost, a huge spider, or various biblical representations such as Christ or Saint Thomas, each new work commissioned for the exhibition engages philosopher Fred Moten’s theory of the ante-human.

The exhibition is completed by a selection of original drawings by the artist taken from his comic book Airport Love Theme (Book Works, 2020).