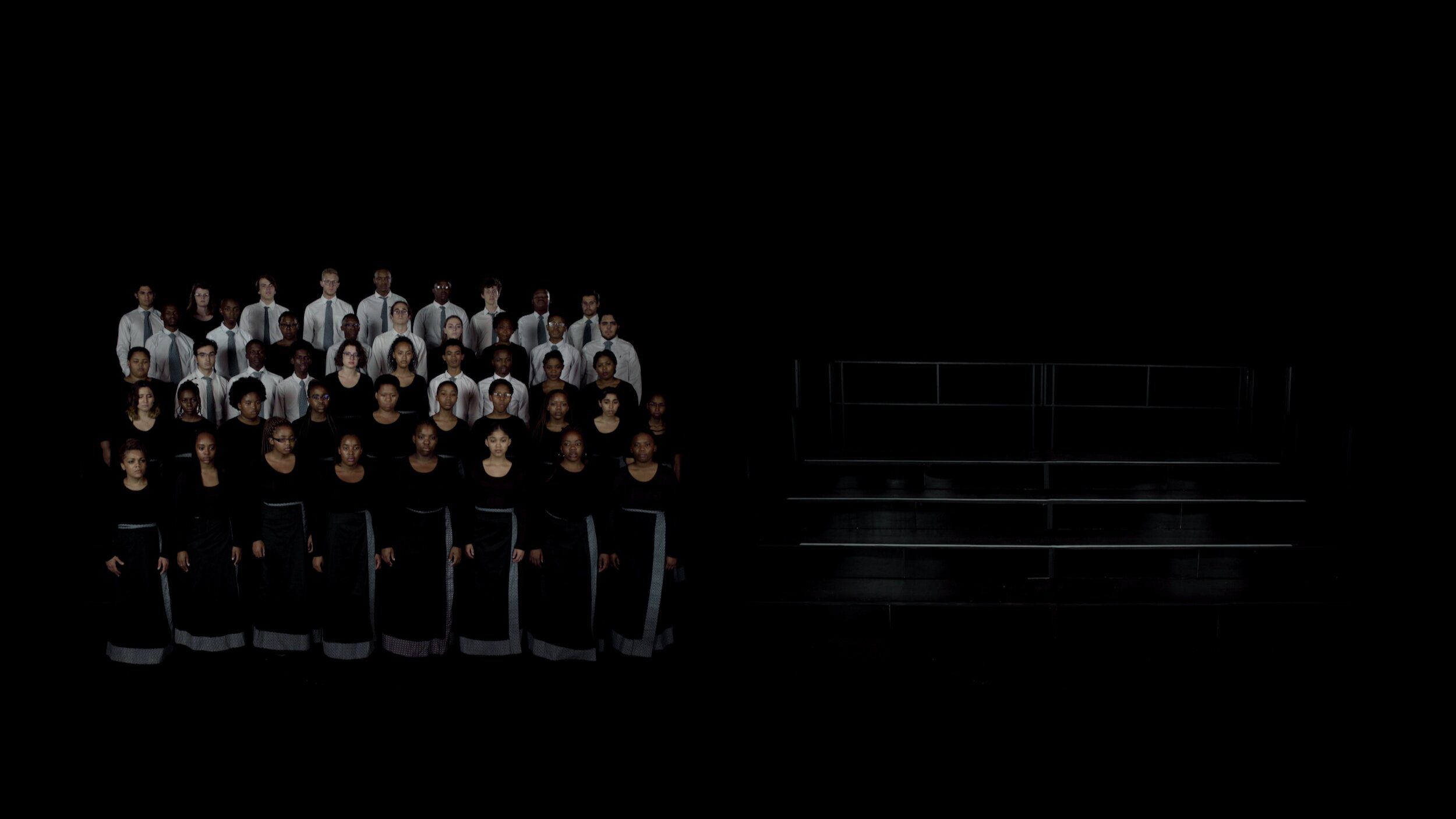 On the 24th of August 2019, Uyinene Mrwetyana,a nineteen-year-old student at the University of Cape Town, was raped, tortured and bludgeoned to death by Luyanda Botha, who worked at her local post office. The following day Botha dumped her remains in an open field, dousing her body with petrol and setting it alight.

Uyinene’s murder sparked public outcry: vigils were held, people wore black, thousands gathered in protest outside the South African Parliament in Cape Town, and nationwide. In response,the government acknowledged gender-based violence (GBV) and femicide as a national crisis,assigning over one billion South African Rand to emergency interventions and initiating a ‘National Strategic Plan’ for GBV. The puncture, exception and profound national reckoning of this crisis moment held for many the promise of an historic turning point.

The days and then months that followed, however,gave way once more to the steady, incremental and terrifying reality of this crisis as norm, as an everyday of permissible violence. Women,children, trans and non-binary individuals continue to be victimised and killed. This is the violence of rape culture, rooted in the deep structure and social wounding of white, colonial, patriarchal power, and daily reconstituted through the misogynistic, homophobic and Afrophobic behaviours of toxic masculinity. It is a violence of ambivalence, a disavowal of the human, through which raced, gendered and sexualised bodies remain the rapeable, killable, disposable matter of ungrievable life.

In Chorus, members of the University of Cape Town Choir sound a lament for Uyinene Mrwetyana – not as song, but the internally generated resonance of a hum, collectively sustained as a mutual offering of breath. In the utter loss marked by this labour, a certain recuperative gesture is nevertheless achieved, in the communal recognition of Black feminine life. The performance resonates in intimate relation to the haunting presence of an empty rostra, its quietude marking the absent presence of four hundred and sixty-three individuals listed on a commemorative roll, whose lost lives similarly call for the long, collective, and as we must hope,transformative work of mourning.

Chorus is presented with the blessing of the Uyinene Mrwetyana Foundation

Alongside Chorus, Goliath presents a listening room comprised of six of the eleven songs that collectively constitute her video and sound installation This song is for… – now pressed to vinyl and presented as an interactive installation. The tactile, interactive form of the records engenders a different kind of listening experience, in which rituals of care, selection and reading attend and grant reverence to the sonic experience of these dedication songs.

In This song is for… Goliath returns to and re-performs the popular convention of the dedication song, in collaboration with a group of women and gender-queer led musical ensembles. The 22-channel video and sound installation has travelled locally and internationally, and sounded for over 18 months in the Iziko South African National Gallery, Cape Town.

Central to the installation is a unique collection of dedication songs, each chosen by a survivor of rape and performed as a newly produced cover-version. These are songs of personal significance to the survivors – songs that transport them back to a particular time and place, evoking a sensory world of memory and feeling. A sonic disruption is introduced at a point within each song; a recurring musical rupture recalling the ‘broken record’ effect of a scratched vinyl LP. Presented in this performed disruption is an opportunity for listeners to affectively inhabit a contested space of traumatic recall – one in which the de-subjectifying violence of rape and its psychic afterlives become painfully entangled with personal and political claims to life, dignity, hope, faith, even joy.

About the artist
Gabrielle Goliath situates her practice within contexts marked by the traces, disparities and as of yet unreconciled traumas of colonialism and apartheid, as well as socially entrenched structures of patriarchal power and rape-culture.Enabling opportunities for affective, relational encounters, she seeks to resist the violence through which black, brown, feminine, queer and vulnerable bodies are routinely fixed through forms of representation.

Goliath has been commissioned to present a new body of work at the Kochi-Muziris Biennale, 2021.Other recent exhibitions include The Normal,Talbot Rice Gallery, Edinburgh; This song is for…,Konsthall C, Stockholm; Our Red Sky, Göteborgs Konsthall, Gothenburg; and The Power of my Hands, Musée d’Art Moderne, Paris. She has won a number of awards including a Future Generation Art Prize/Special Prize (2019), the Standard Bank Young Artist Award (2019), as well as the Institut Français, Afrique en Créations Prize at the Bamako Biennale (2017). Her work features in numerous public and private collections, including the TATE Modern, Iziko South African National Gallery,Johannesburg Art Gallery, and Wits Art Museum.

The Renaissance Society at The University of Chicago
Chicago, United States

Jeremy Toussaint-Baptiste: Set It Off

Jeremy Toussaint-Baptiste: Set It Off