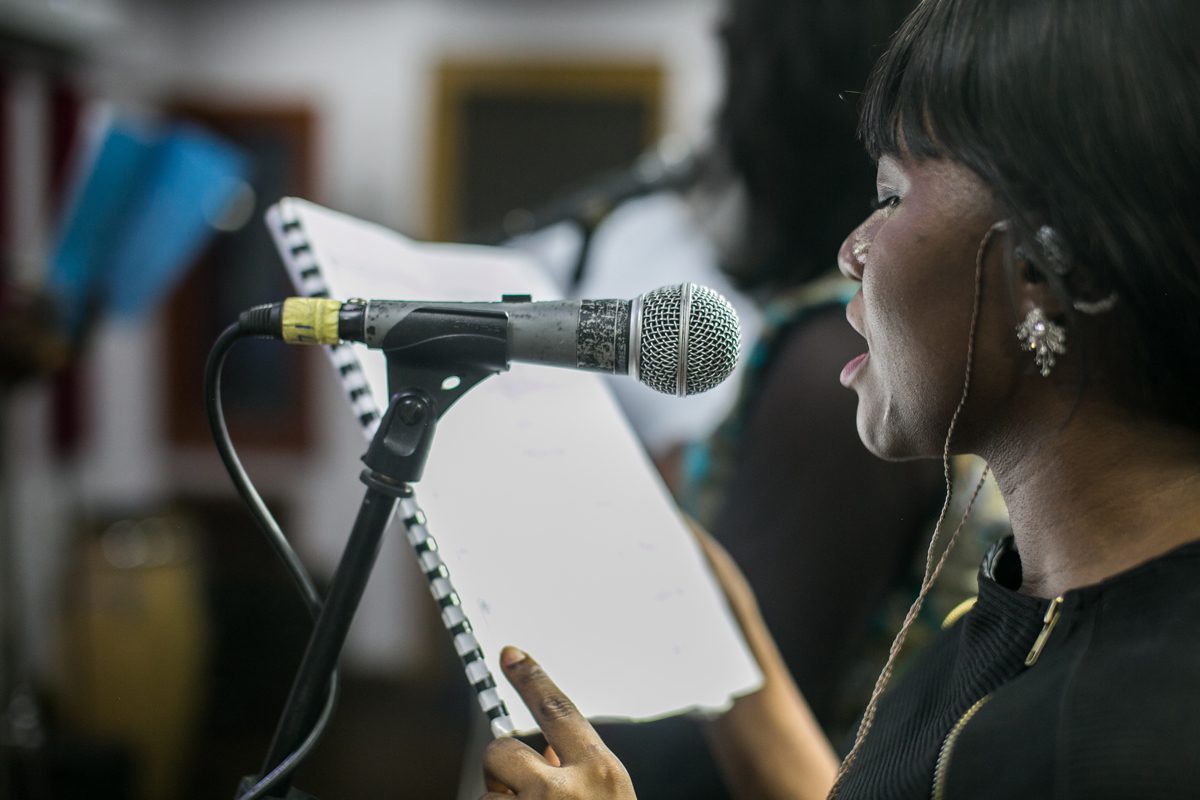 Emeka Ogboh: This Too Shall Pass

What does singing together mean in our society, especially in a pandemic and crisis-ridden world where music and art per se have long been silenced?

This summer, the Nigerian artist Emeka Ogboh is transforming Frankfurt’s city centre into a soundscape on water and on land. At the centre of his three-part multi-channel sound installation THIS TOO SHALL PASS, which stretches from the Römer across the Main to the Dreikönigskirche, is a newly composed hymn of the same name. Dedicated to the city and the year 2020, sung by choirs in Lagos and Frankfurt and woven into fabrics based on a centuries-old Igbo craft. Fixed sacred and profane places and the river as a flowing, collective city memory thereby expand into an overarching cosmopolitan space.

Emeka Ogboh confronts current thinking about the migration of people and their cultural assets, about equality, participation and identity with the principle of cultural appropriation as a way of overcoming borders. The artist plays with languages and codes, using different media and modes of expression. Through sensory experiences such as hearing, seeing, tasting, smelling and feeling, Emeka Ogboh opens up cultural memory spaces. In his artworks, cooking and DJ performances, these memory spaces are sampled according to musical principles, their origins intertwined. At times, Emeka Ogboh draws on art-historical, even European imagery, while ultimately creating his own unique concepts. The political and human question of how we want to live together in the future stands above it all.