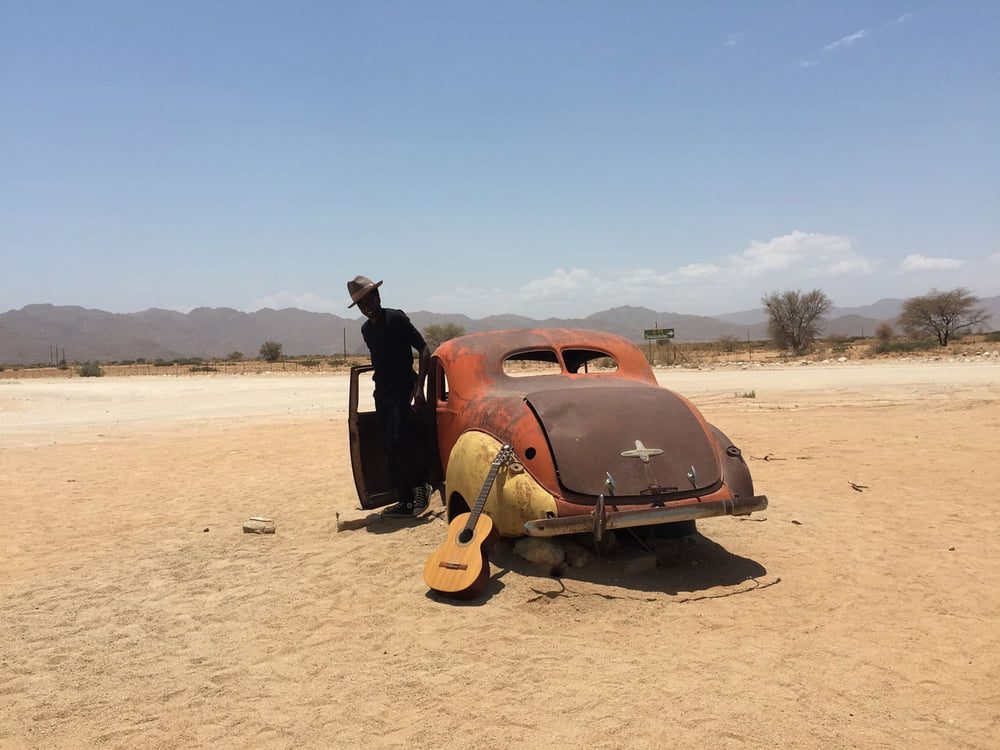 The event series »Decolision« is redefining artistic genres and crosses boundaries between the disciplines. Discourse about decolonisation and artistic practise are merging into installations and performances. For decolision #1, we invited Keziah Jones from Lagos-Paris and his collaborative artistic partners Native Maqari.

We are looking forward to a fantastically surreal evening with Keziah Jones and Native Maqari. With Blufunk from close proximity, nocturnal Lagos adventures of his super heroic alter ego Captain Rugged and a glimpse into the performance “Blackout”, a collaboration with Native Maqari and Simon Rouby.

Born in Lagos Nigeria, Keziah Jones left home at an early age, eventually being sent to a boarding school in England. There he started to show early interest in music and taught himself to play the piano. later he picked up the clarinet, drums and guitar. In 1992 he released a project titled ‘Blufunk Is A Fact!’ an acoustic mixture of afro-blues and funk, from which the single ‘Rhythm is love’ enjoyed worldwide success. Since then he has gone on to release 6 studio albums and several singles. He often cites Fela Kuti and Jimi Hendrix as early infuences in his music. Visual arts is an integral part of Keziah’s work, himself a draughtsman.

Born in Zaria, Nigeria, Native Maqari is a multidisciplinary artist whose work spans video, installation, performance, painting and drawing. In his early teens, while living in Brooklyn New York, Maqari discovered the underworld of graffiti and spent the next decade submerged in the subculture painting. He later moved to Paris to become one of the members of the avant-garde collective 1984. Maqari’s work drifts at the edges of contemporary art, uniting performance, video/installation, and painting to create immersive experiences. What binds these projects together is a sense of political and ethical responsibility. A need to compel opposing ideas, cultures and mediums, to coexist within a single body of work.

The event series »DECOLISION« is supported by the Kulturbehörde Hamburg.