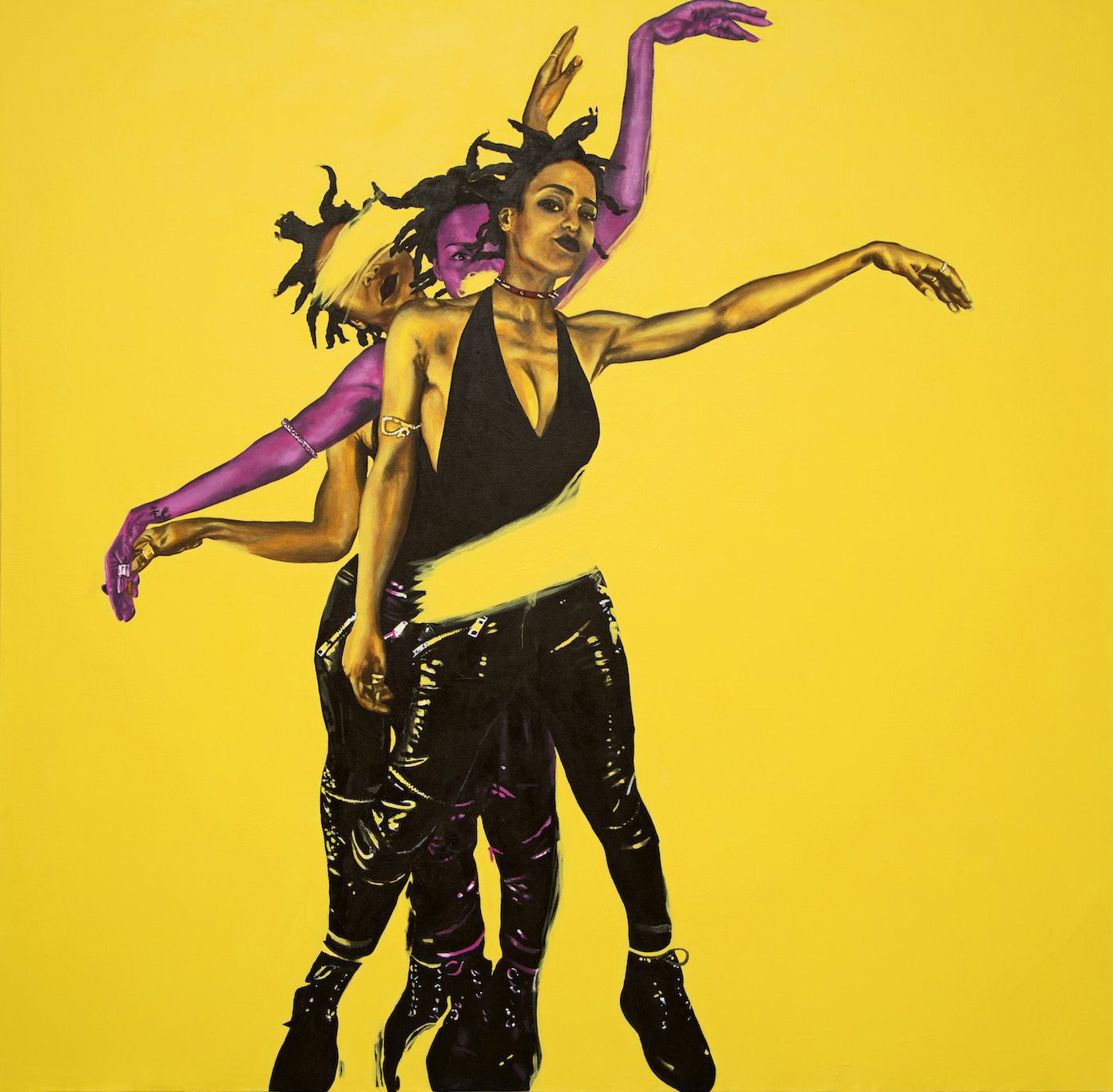 Punk is a result of societal movements geared toward rebellion. Despite its roots in black culture, punk has been largely seen as reserved for whites. “Punk Noir” is a series of large scale paintings that explore the idea of black people presenting truthfully, unabashed, and resisting societal expectations.

Through the gaze of a black, female, artist, and journalist, Dawn Okoro is going to document the subject in each painting by capturing the moment. Many of the people depicted in the paintings are fellow creatives including Ava Raiin (Blood Orange collaborator). Punk hip-hop band BLPLTN will perform at the opening.

Work is on view through July 21st.

Nigerian American artist Dawn Okoro lives and works in Austin, Texas. She received her bachelor’s degree from the University of Texas, and her law degree from Texas Southern University. Her desire to become an artist spawned from her love of fashion illustration, photography, and design. Okoro’s work has been featured in Oxford American and Drawing magazines. Her work has been shown at the Texas Biennial, New York University, Notre Dame University, MoCADA Museum, and the Curtiss Jacobs Gallery in Harlem.