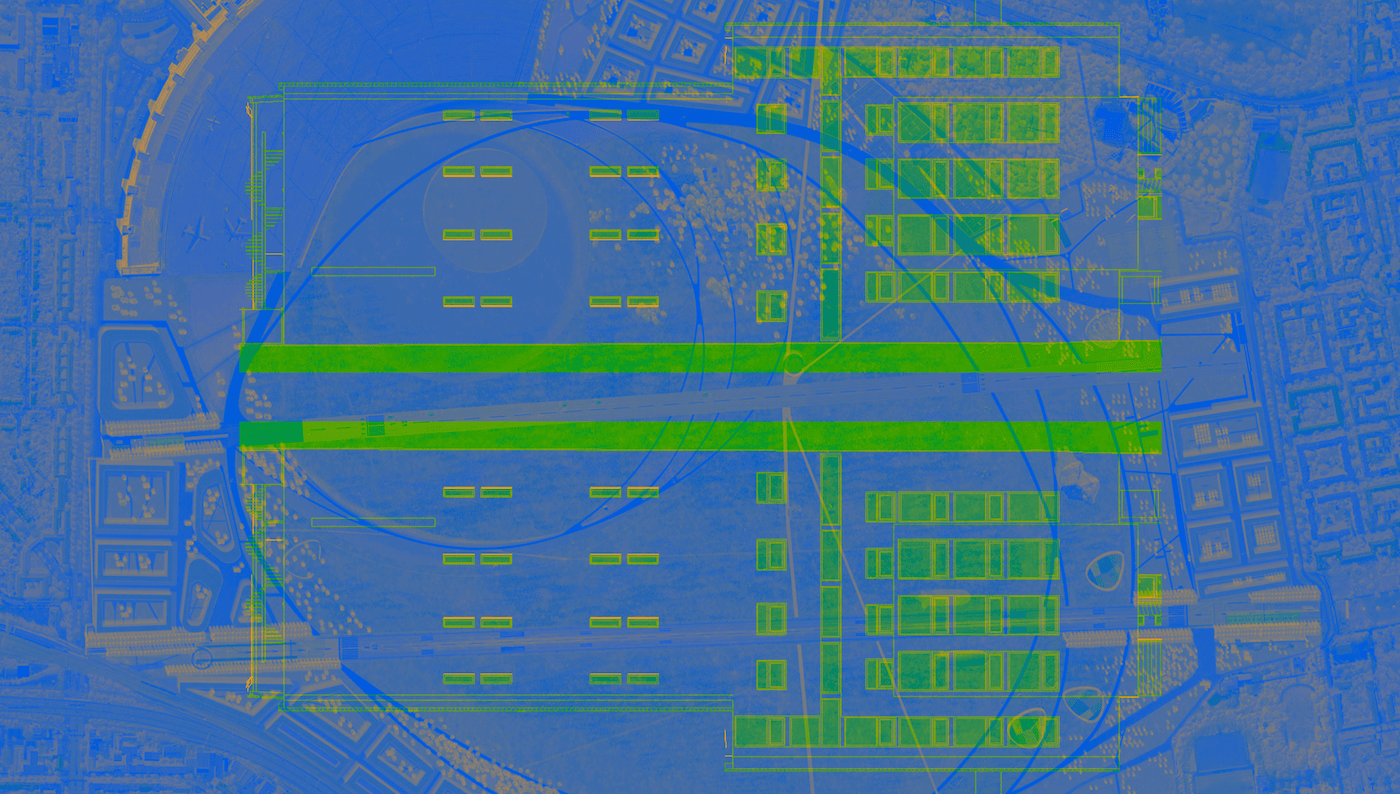 Together with architectural planning and interventions by Dutch architects MVRDV, the UK landscaping studio Harris Bugg, and with the support of the London-based company Fabrix, Atelier Gardens wants artists to define, through an intervention on the facades of its entrance on Oberlandstraße, a starting point for the upcoming long-term program at its evolving campus. The mural is welcome to also involve one or two of the side facades of the building (see blueprint images below).

Proposals should respond to the two main components of the name to be established, atelier and garden, which reflect two aspects of the campus as a space for cultural labor:

Atelier – as holding place for creative process in all its shades: isolation and togetherness, loneliness and connection, disorientation and moments of complete clarity, focus and procrastination. An inner space, a physical place.

Garden – as a place of longing, and as a place of hard work and contemplation. A space of cultivation and wildness, of diversity, trial and error; of single-mindedness and co-creation. Celebrating growth in its context – beyond the neoliberal truncation of the concept.

Artists are asked to make a proposal including production costs (combining materials and artist fee) between 25.000,- and 45.000,- Euros. Atelier Gardens will take care of logistical requirements and any permissions that may be required. Finalists will be asked to further develop their concept and will receive an expense allowance of 750.- euros (net) for their refined proposals.

Historically, murals have had a strong political connotation and have become representative of the value of public art. Accordingly, the murals, conceived as a permanent installation, should be developed in direct response to the urgent need for affordable and safe spaces for artists in Berlin, the availability of which has decreased significantly in recent years.

The mural project should impress with its conceptual inventiveness and formal qualities, and should relate to the location, and its historical background as a place of storytelling and potential in all its ambiguity. The mural is intended to invite visitors and future inhabitants to rest their mind, to exchange ideas or to linger within the campus. Due to the visibility of the building, the mural will be visible from the sidewalk and the courtyards of the former BUFA and thus actively affect the public space.

The open call is aimed at Berlin-based artists, gardeners, designers of every background and nationality. Everyone interested in turning facades into surfaces of reflection are welcome to apply. We invite interested artists to adopt, reinterpret or open up the traditional mural tradition by engaging with different mediums, styles and approaches. Depending on the proposals, the final project can be realised as one or more interventions. The projects will be selected by a jury formed by members of the BUFA and the editors of Arts of the Working Class.

The history of the area is a multi-faceted clash: Starting with the Templer order that gave Tempelhof its name, to the gardens where vegetables for Berlin were grown, the fascist monumentality of the Zentralflughafen, the airlift of 1948-49, and today’s raves, kites and grassroots movements which are now struggling to define a new purpose for the airfield.

The Studios at Tempelhof were built in 1913 as a ‘story factory’ with all that was required for film making in one building. This factory was home to some of the first makers of film production in Germany. Over the years, the space has been home to different productions such as the early expressionist horror movie “Der Golem” (1920), Walt Disney’s “Emil und die Detektive” (1963), television shows such as “Die Hitparade” and various advertisement productions. Recently, productions like Daniel Brühl’s “Nebenan” (2020), or the “Klima-Bürgerrat” have taken place at Berliner Union-Film Ateliers (BUFA), the name of the studios since 1963.

Atelier Gardens is situated in an industrial area close to a working class neighborhood, where gardening and industrial activities have played an important role over the course of the past century. The proximity to Tempelhofer Feld is also of relevance to the thematic realm to which the artworks should relate.

Please send submissions to hey@artsoftheworkingclass.org and benjamin@bufa.de to Arts of the Working Class, Lynarstrasse 38, 13353 Berlin