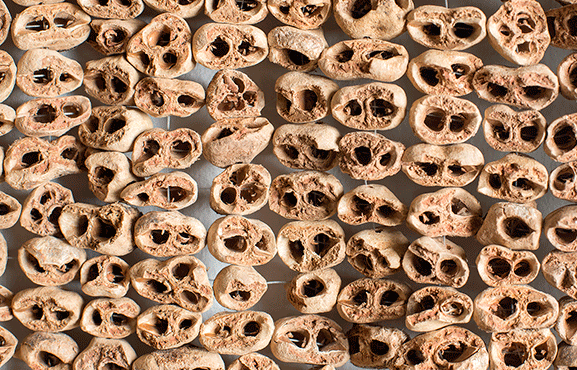 The group exhibition ‘ Being Here ’ is the second exhibition at StArt Art Gallery since its launch in September 2017. It opens on Thursday 9 November at 18h00 at StArt @ The Wolfshack and showcases the works of Fillipus Sheehama, Barbara Bӧhlke, Nashilongweshipwe Mushaandja, Lynette Diergaardt, Ismael Shivute and Elisia Nghidishange.

‘Being Here’ includes sculptures, paintings, textiles, performance, and mixed media, and brings together six different artists’ voices expressed through a diverse range of media and methodology. The group exhibition is made up of artworks which explore in their own way the complexities of creating and reflecting on identity.

Hailing from northern Namibia, Ismael Shivute studied Sculpture and Product Development in the Department of Visual Art at the College of the Arts. Shivute has participated in many group exhibitions locally and internationally, and had a solo exhibition at the National Art Gallery of Namibia last year. Shivute’s mixed media artworks are inspired by his environment, often working with found or recycled materials drawn from the area in which he lives. Shivute says, “As an artist I am only inspired by my environment, recycled or used materials and the feel of things made by hand… I feel that my art reflects a unique Namibian identity, as well as my own identity as a young artist struggling to survive in the world.”

Elisia Nghidishange was born in Eenhana in northern Namibia. This printmaker, sculptor and mixed media artist graduated from the College of the Arts in Windhoek in 2016. Nghidishange has taken part in various group exhibitions locally, and earlier this year opened her first solo exhibition titled ‘The Cost of Wealth’ at the Goethe Institut. Of her artistic process, Nghidishange explains, “I have always used and been inspired by the materials that have been part of my life since childhood.” Working with motifs drawing from the human figure, cow horns, and ostrich egg-shell beads, Nghidishange’s work also explores relationships between the pursuit of wealth and the place of tradition in a contemporary and cosmopolitan society, and between gender and tradition in this context.

Fillipus Sheehama graduated from the University of Namibia with a Bachelor of Art (Fine Art) Hons degree in 2010. Sheehama has taught visual arts at the John Muafangejo Arts Centre and currently lectures visual arts at the College of the Arts. Sheehama is a mixed media artist, and has participated in many group exhibitions locally and internationally. The artist has also had several solo exhibitions in Namibia. Sheehama’s artworks are often constructed using recycled and found materials and use these to explore issues relating to social and economic inequalities.

Barbara Böhlke was born in Swakopmund and now lives in Windhoek. Böhlke received her honors degree in Fine Art in 1989 and has been an active part of the Namibian art community ever since. Böhlke has exhibited extensively both locally and internationally. She is well known for her large-scale painterly works. While she is often inspired by the expansive landscapes and skies of Namibia Böhlke says that her works “ mostly reflect a psychological ‘inner’ space, rather than describing a physical space”. For this exhibition Böhlke has worked with ash, charcoal, white acrylic as well as otjize pigment and yellow ochres which are found in Kaoko.

Lynette Diergaardt received her bachelors of art from the University of Namibia and her Masters in Textiles as a Fulbright Scholar in the USA. Diergaardt currently works as a lecturer at the University of Namibia in Arts Education. Diergaardt’s dedication to the technologies of textile production has led her to begin a highly collaborative project which sees the artist examining Namibian identity through the lens of multiple subjects. The resultant abstract prints on this exhibition form just the beginning of a project that will grow and expand with time.

Nashilongweshipwe Mushaandja is a performer and writer who lives and works in Namibia. Mushaandja received his Masters degree at the University of Witwatersrand in South Africa in 2013. Mushaandja currently works as the project manager at the John Muafangejo Art Centre while continuing to to produce his musical and performance based work. His practice and research is interested in movement formation. The artwork on this exhibition, titled ‘SIES/CIS Dolly Potgieter & Other National Trashisms’, is an interdisciplinary experiment reflecting on violent cultures and the cleansing thereof.