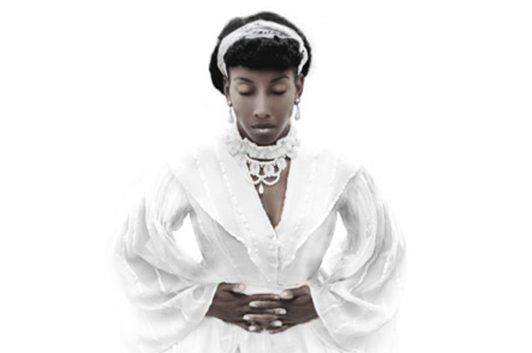 David Klein Gallery announces the opening of Ayana V. Jackson, Dear Sarah. The exhibition features Jackson’s 2016 series of photographs inspired by the story of Sarah Forbes Bonetta. An opening reception will take place on Saturday, May 11, 6 to 8 PM. There will be an artists’ talk on Saturday, May 25th at 4:00 PM.

Ayana V. Jackson is an internationally recognized American photographer who is based in the cities of New York, Paris and Johannesburg. Her work examines the history of black bodies as represented in art and media with a focus on those of black women. Appropriating archival and historical photographs from the late 19th and early 20th centuries, Jackson uses her own face and body to produce contemporary portraits referencing historical figures, cultural stereotypes and the enactment of racial biases.

This exhibition, featuring her Dear Sarah series, is Jackson’s first show with David Klein Gallery and also marks her Detroit debut. With this body of work Jackson reconstructs the story of Sarah Forbes Bonetta, a young Yoruban princess who was captured in an inter-tribal war in West Africa and brought to England where she was presented as a gift to Queen Victoria.

The seven images in Dear Sarah are titled after each one of Sarah’s formal names or nicknames including Aina, her given name at birth, and Sally, as she was called by Queen Victoria who raised her as her goddaughter. Sarah eventually married Captain James Pinson Labulo Davies, a wealthy Yoruban businessman and returned to Africa where they had three children. Sarah remained close to Queen Victoria until she died from tuberculosis at the age of 37.

As she does in most of her series, Ayana embodies her subject, in this case, Sarah Forbes Bonetta, to produce her portraits. Dressed in an ethereal white Victorian dress and floating on a white background, the figures have a formal character and appear to be weightless. They seem to dance in somewhat joyful poses with eyes closed as if in prayer. One exception is the image titled Sarah Forbes. The subject of that portrait is elegantly attired in a dark blue dress and seated with hands folded in her lap. She gazes boldly at the viewer, unflinching, challenging any question of Sarah’s noble place in society.

Ayana V. Jackson’s work has been widely exhibited in the United States, Europe and Africa. Her photographs are included in many public and private collections including The Studio Museum in Harlem, NYC; The Newark Museum, NJ; Princeton University Art Museum, NJ; The Wedge Collection, Toronto, Canada; the National Gallery of Victoria, Melbourne, Australia; The Mott Warsh Collection, Flint, MI; The MoCP Chicago, IL; and the Bill and Melinda Gates Foundation, Seattle, WA.

This exhibition is produced courtesy of David Klein Gallery and Mariane Ibrahim Gallery.