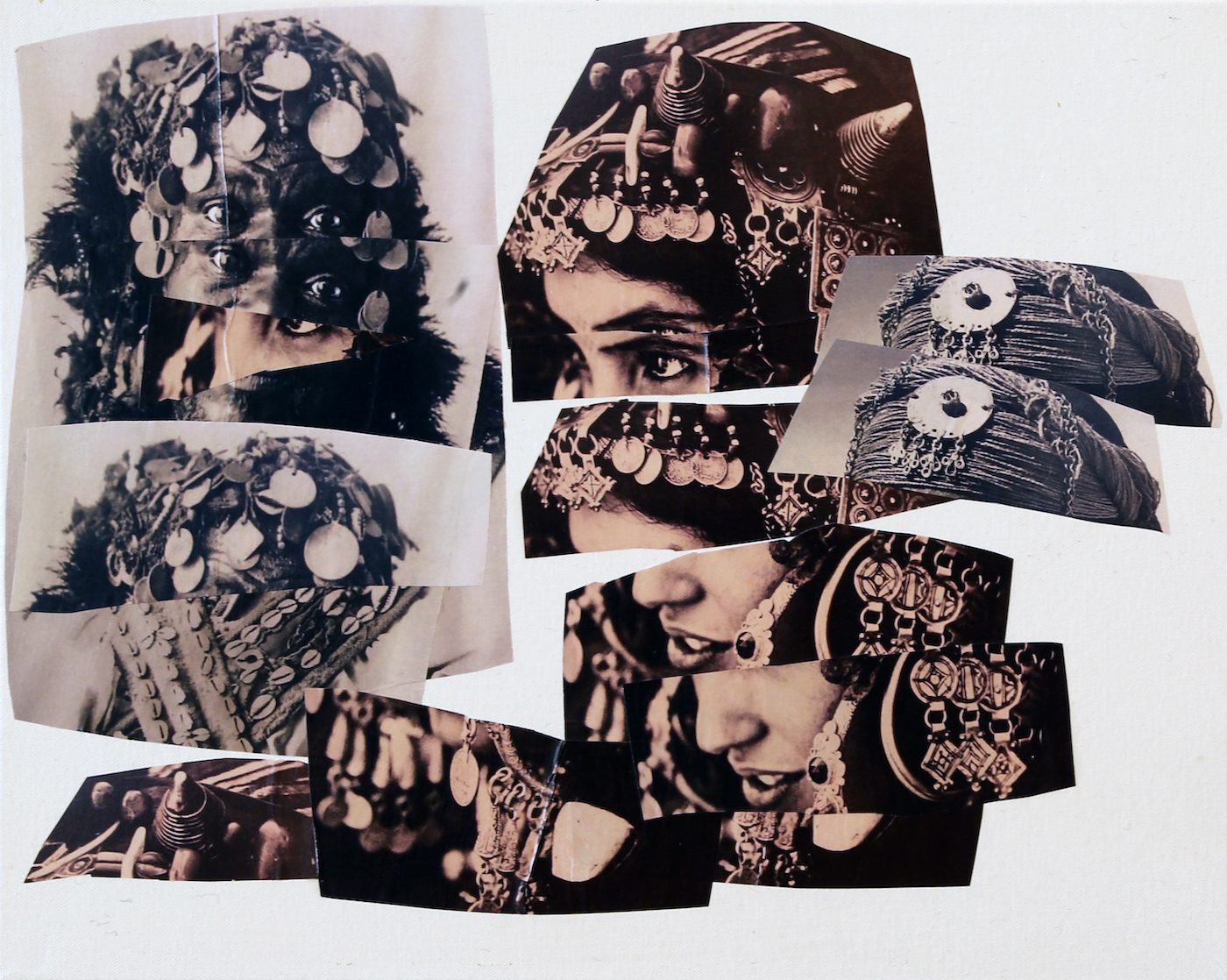 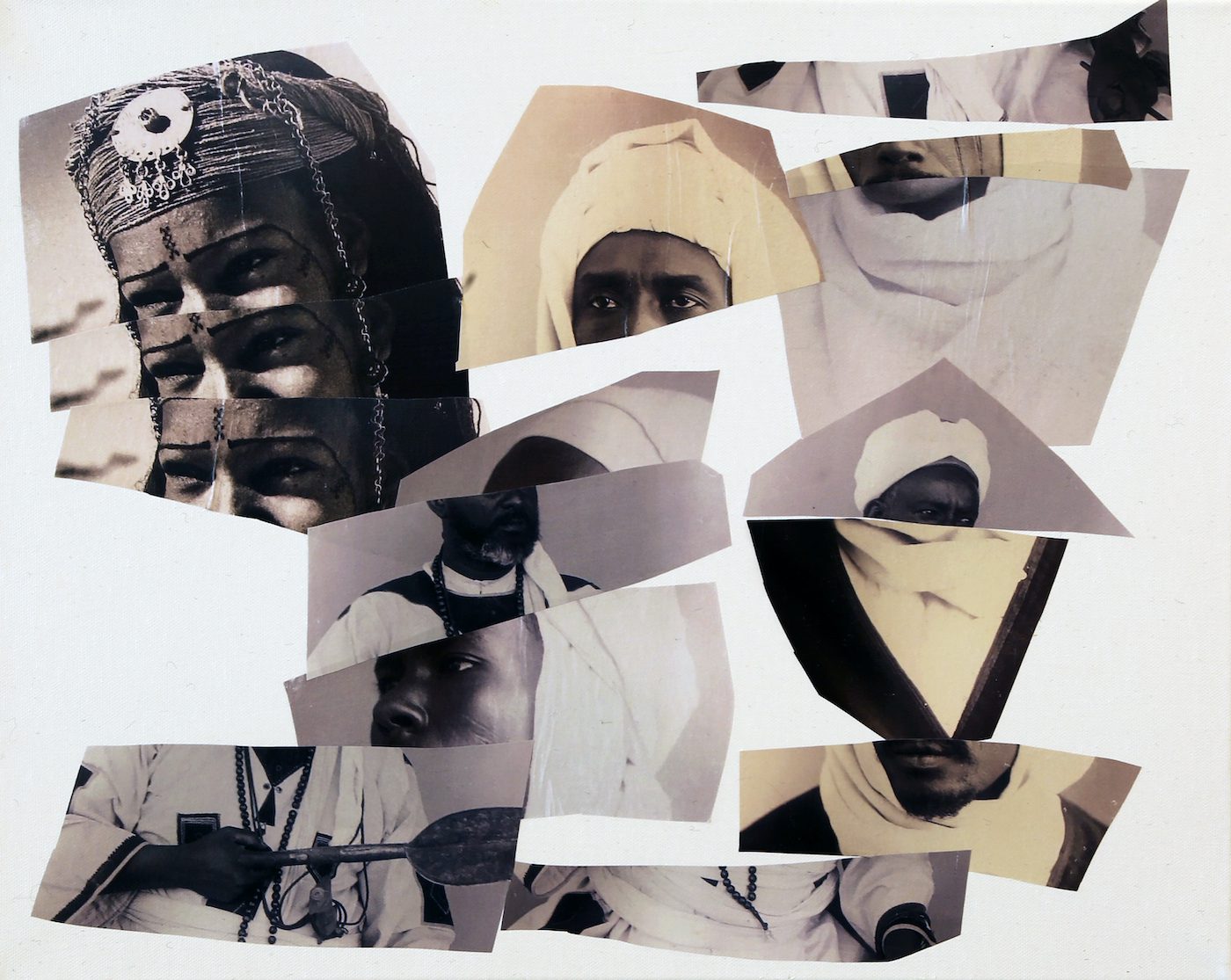 Amina Zoubir’s collages presented at Markk Museum were created as part of the artist residency “Reversed Exploration”, to which she was invited by the Kulturforum Süd-Nord e.V. in spring 2021 and introduced to the MARKK Museum. Her residency was supported by M.Bassy, the Behörde für Kultur und Medien and the Liebelt Foundation.

Amina Zoubir’s work focuses on the representation and appropriation of the female body in colonially and ethnographically influenced photographs from North Africa. The MARKK’s photo collection contains many of these photographs, which are a challenging collection for the museum as well. As historical objects and testimonies, the museum stores and preserves them. However, their origin coincides with a time of colonial and scientifically European-dominated power structures and imbalances, which are directly visible in the photographic representations of people and the images they create. By non-critical reproduction, exhibition and viewing, there is still a danger today of both solidifying these images as well as a continued, violent objectification of the people depicted.

In contrast, the strength of Amina Zoubir’s work lies precisely in the fact that, through a deliberate deconstruction and refocusing of these difficult portraits and the images they convey, the people depicted are placed at eye level as subjects, in a break with their historical context of origin, thus made and kept visible in a new way. The serial, collage-like reproduction highlights the extremely high number of women affected by this colonial appropriation of their bodies.

Link for the Artist Talk

The conversation with Jana Caroline Reimer (curator for Northern Africa, West and Central Asia at the MARKK), Stephan Köhler (Kulturforum SÜD-NORD), Skadi Sarnoch (Zwischenraum/ MARKK in motion) and Amina Zoubir (visual artist and video maker) focuses on the presentation Archaeology of the colonized body at the Zwischenraum and the question of photographic representation of the body during the Colonial period, especially in North Africa. Amina Zoubir also talks about her residency with Kulturforum SÜD-NORD, where she applied her research on the ethnographic photographic collection at MARKK Museum.