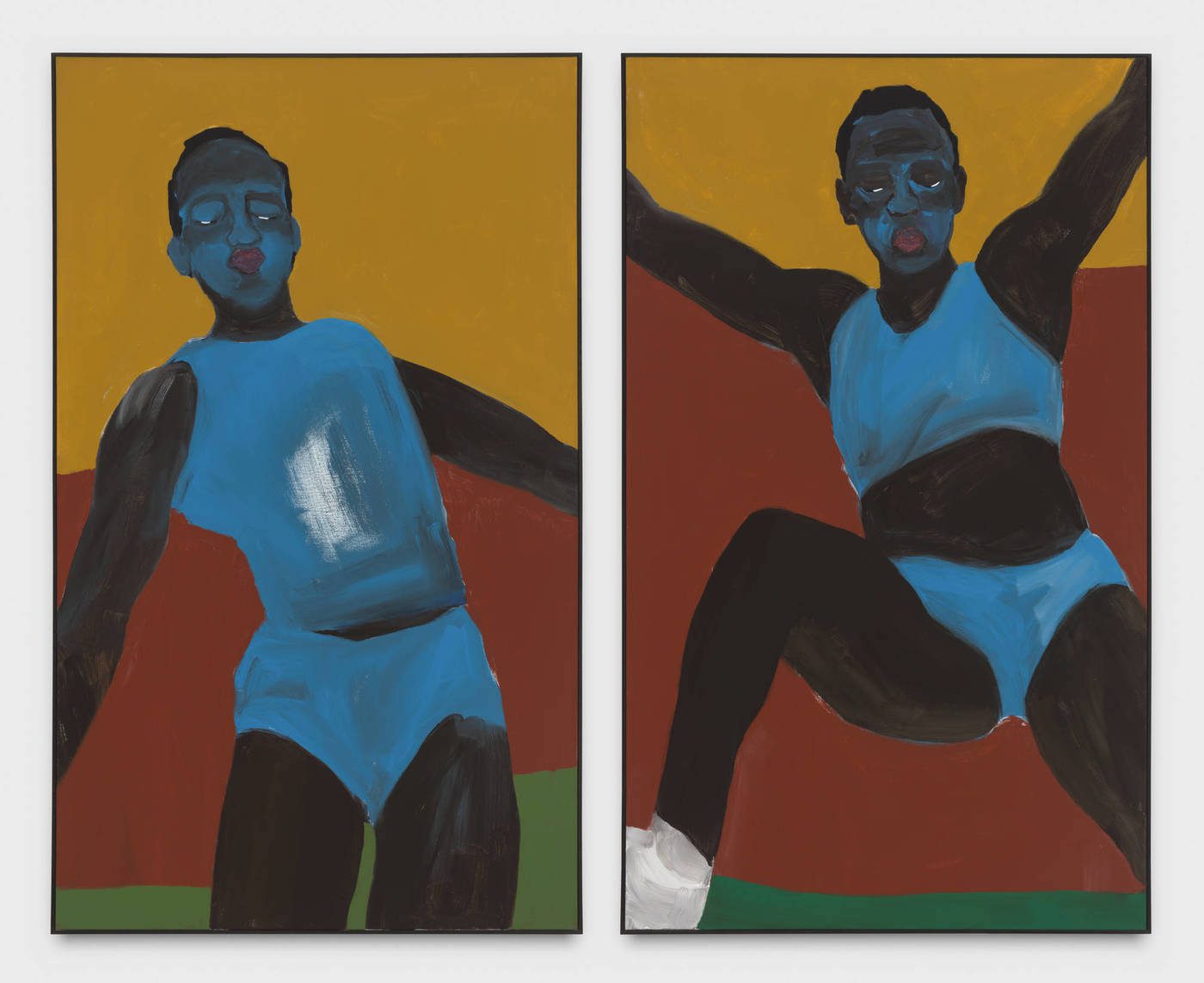 Alvin Armstrong: To Give And Take

To Give and Take is a solo exhibition of new works by New York-based artist Alvin Armstrong featured by Medium Tings and Anna Zorina Gallery. To Give and Take presents a series of characters, alone and paired, stationary and in motion to interrogate the vulnerability of Blackness in America. Tightly cropped portraits and towering Kigures are placed in unidentifiable backgrounds and raise questions around masculinity, gender and even self-determination.

Black excellence in the form of athletic prowess is juxtaposed against references to societal and police violence, as we witness the agonizing expression of young men and women, their fate yet to be determined. In Track and Field, two athletes in hues of blue (both in uniform and face), appear to be in mid-air, excelling at the long jump or hurdles, the actual event is not of importance. “Athleticism is used to showcase the ways in which Black bodies are often fetishized for entertainment. Black people in this country perform at optimal levels, and the work interrogates the way society conditions Black people to believe sports are the only viable pathway to obtain some form of safety from the inequities of Black American life.” The background of these paintings is intentionally minimal, saturated with rich hues of thickly applied acrylic to give these Kigures more agency. We are forced to Kill in the details ourselves by spending time with their bodies and feelings, as they wrestle with their place in society. To Give and Take is a deeply personal offering. Spanning several gallery rooms, the work denotes ownership and authorship. Armstrong intentionally uses scale and technique (large-scale canvases with full-bodied Kigures to smaller-sized portraits) to toggle between urgency and intimacy, movement and emotion.

Alvin Armstrong was born in San Diego, CA and currently lives and works in Brooklyn. He received an MS in Oriental Medicine and is a licensed acupuncturist. The self-taught artist had his New York solo debut exhibition This Place Looks Different with Medium Tings in Fall 2020 and was included in the Let Freedom Ringinstallation curated by Larry Ossei-Mensah at Brooklyn Academy of Music in January 2021. Armstrong’s work has been featured in the New York Times, Brooklyn Rail and Epiphany Magazine. He will be a Fall 2021 Visual Arts Resident at Pioneer Works in Brooklyn.