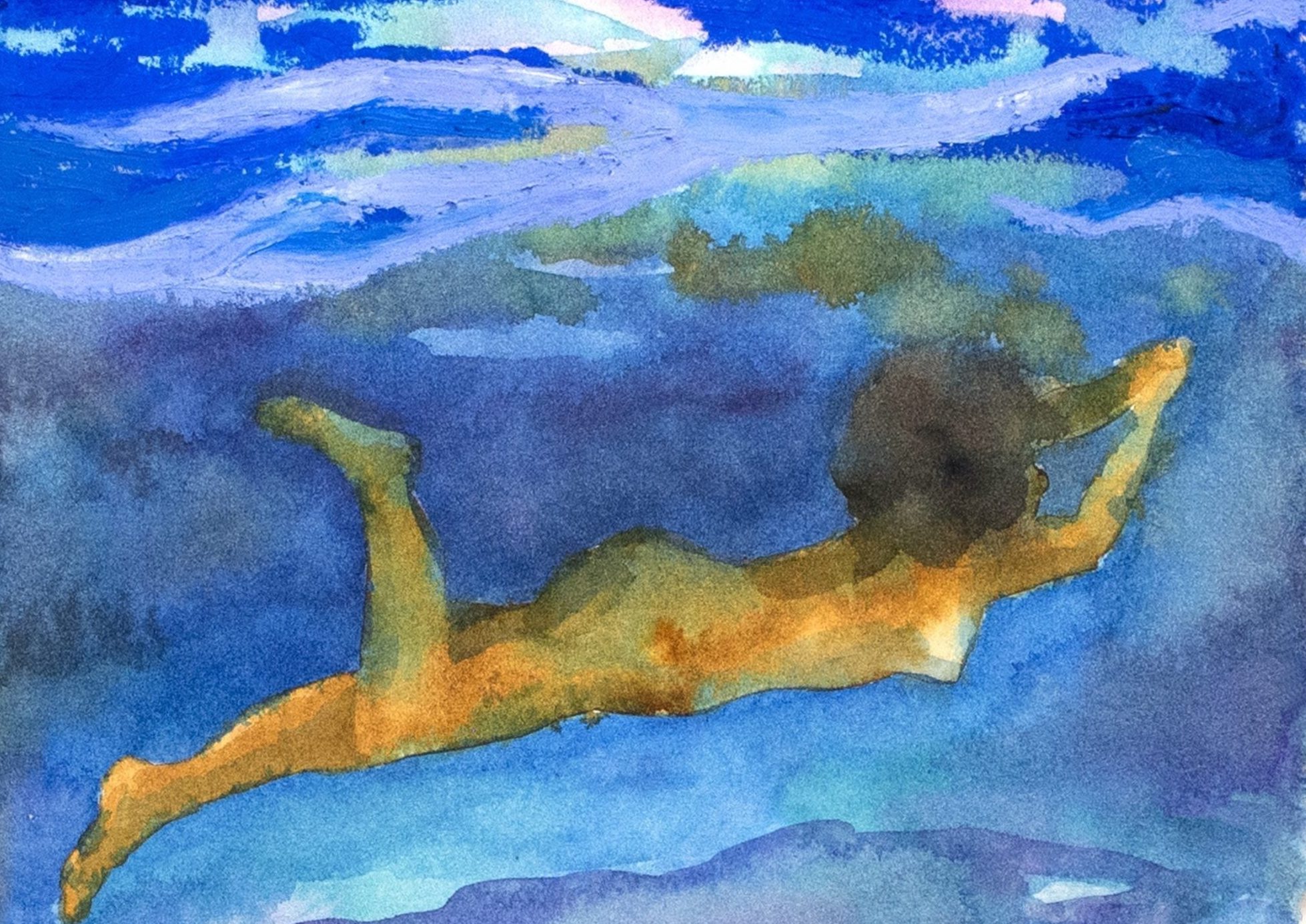 Adrienne Elise Tarver: The Sun, the Moon, and the Truth

The Sun, the Moon, and the Truth is the first solo museum presentation of Brooklyn-based artist Adrienne Elise Tarver (b. 1985) and the second series in The Aldrich’s newly established Aldrich Projects.

Exhibited on the Leir Atrium’s Art Wall, Tarver debuts Manifesting Paradise (2020–ongoing), a suite of twenty-two mixed media works on paper based on the Major Arcana (major mysteries), the foundational card set of the centuries-old tarot deck, alongside Weary As I Can Be (2021). The vibrant colors and tropical settings that saturate these compositions—a fixture of her overall practice—aim to reclaim the perceptions of the exoticized, tropical seductress imparted on Black and brown women by Western civilization. Here, the faraway temptress meets another long-standing trope: the Black Voodoo priestess, treasury of esoteric wisdom.

Conceived amidst the COVID-19 pandemic and the racial injustice movements of 2020, Manifesting Paradise marks a polar shift in the artist’s approach as she turns her analytical lens from the past to the future. Substituting investigations of origin stories with divinatory tokens and metaphysical forecasts, Tarver turns her attention forward in pursuit of effecting hope and solace during a time of vast uncertainties. Steeped in ritual and guiding principles, the striking works project a veil of security, offering counsel to a generation who has recently turned to the spiritual realm for comfort in the wake of distress.

Contributing to an archive of artists’ translations of tarot—Leonora Carrington’s c. 1955 Major Arcana paintings; Betye Saar’s House of Tarot, 1966; Niki de Saint Phalle’s Tarot Garden, 1979–2002—Tarver continues a legacy preserved by a history of seekers. Each “card” illustrates the artist’s interpretations of the allegorical symbols of the Major Arcana—the Magician, the High Priestess, and the Hierophant, to name a few. Black figures and natural elements are rendered in a spirited palette of luminous, sultry colors indicative of a warm climate. Though intimate in scale, the works are packed with personal references, Afrofuturist imagery, and lush vegetation, speaking to the mythologized assumptions of the African diaspora, while also citing the folklore and pop culture associations of enigmatic Black women synonymous with the prophetic craft: Marie Laveau, the infamous “Voodoo Queen” of New Orleans; Miss Cleo of the Psychic Readers Network; or Dionne Warwick, host of the 1992 infomercial for the Psychic Friends Network. In reimagining the visual emblems associated with directing one’s life, Tarver denotes power and agency to a cast of Black subjects whose prompts may alter the course of tomorrow.

An extension of Manifesting Paradise is the large painting Weary As I Can Be. Composed, poised, and self-assured sits Vera Otis, a fictional character inspired by a photograph that Tarver found in a local thrift store several years ago. Since then, Vera has appeared throughout different bodies of work, acting as a surrogate for Tarver and all Black women grappling with societal expectations and presumptions. Illuminated and coolly gazing outward, the artist envisions Vera watching a plantation burning across the way—the same structure engulfed in flames in Tower, the card that proposes the necessity of destruction before liberation.

Accompanying this presentation is an audio piece by Tarver about the works on view and a specially made printed material.
Adrienne Elise Tarver is an interdisciplinary artist based in Brooklyn, New York, whose practice spans painting, sculpture, installation, photography, and video. She received a BFA from Boston University and an MFA from the School of the Art Institute of Chicago. Her work has been exhibited nationally and abroad, including museum shows at the Bronx Museum of the Arts and Children’s Museum of Manhattan, as well as solo exhibitions at Ochi Projects in Los Angeles; Wave Hill in the Bronx, NY; Victori+Mo in New York; BRIC Project Room in Brooklyn; and A-M Gallery in Sydney, Australia. She has been commissioned for a New York MTA project, selected as a Google Artist-in-Residence, and received the inaugural artist commission prize for Art Aspen in 2019.

Adrienne Elise Tarver: The Sun, the Moon, and the Truth is organized by Caitlin Monachino, Curatorial Assistant and Publications Manager.