“You can’t take everyone for granted”

C& in conversation with Syafiatudina and Ferdiansyah Tajib, members of the KUNCI arts collective,

Last month, the KUNCI arts collective based in Yogyakarta, Indonesia, broadcasted live radio shows from Berlin’s ifa Gallery. Being the guest of the institution’s residency program, the project “RADIO KUNCI” focused on the Indonesian cultural practice of numpang, a concept dedicated to sharing resources without making a profit. The collective invited various speakers and activists from Germany and elsewhere who deal with the practice of sharing in various sectors of society. In Berlin we caught up with two members of KUNCI, Syafiatudina and Ferdiansyah Tajib, for a conversation about numpang, challenging power structures, living in a postcolonial reality, and the individual’s position in all of this.

C&: When were you confronted with the concept of numpang for the first time?

Ferdi: It is a word you find everywhere in Indonesia. With KUNCI, we’ve been invested in the idea of sharing on a daily basis since 2009. First, we were focused on sharing online. Sharing creative content, songs, books, etc.

Another example is our university library, where we actually have many copied books. For example, it is difficult to find original scientific books in English inIndonesia . So, we would borrow these books from the library, copy them, and distribute them among our visitors.

C&: Do you remember practical events from your own lives, where numpang played a major role?

Dina: As Ferdi said, it is a part of daily life. For example, when I studied in Yogyakarta in 2006, I stayed with my Grandmother. I lived with her but I also took care of her. In doing so I was practicing numpang, as in taking shelter in someone else’s place but also implying the dimension of caring for each other.

I would also point to our organization KUNCI again, where we “numpang” to/with other organizations’ spaces. As an example, we started in one of our co-founders’ dorm room. She had transformed it into a library and later we moved to the garage of a publishing house. There we didn’t pay rent and they even gave us books. On our part, we created events there, made the space more alive and looked out for safety.

C&: Numpang has been the central theme during your residency in Berlin at ifaGallery. How did you choose to approach this concept in an art context?

Ferdi: Ifa Gallery approached us with an interest around the topic of politics of sharing. It really fell into place because this is what we generally deal with. But somehow along the way we always find there is a bit of a challenge. These kind of invitations often imply power asymmetries. At the end of the day, you are the guest, you receive funding for the residency. We are very aware of the postcolonial relationships and differences in power. Therefore we are trying to work on an equal and horizontal basis with our host. Still, there are certain topics that are sensitive and they need to be identified. Through numpang we are aware of our position as the guest but also make sure the host doesn’t just take us for granted. 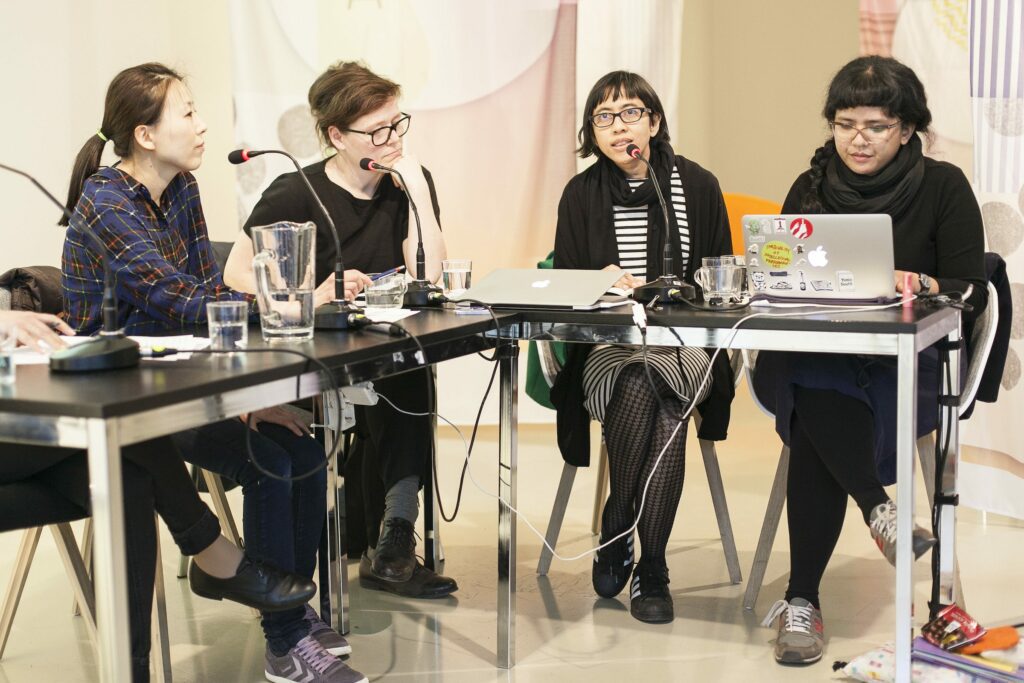 C&: Witnessing the current rise of right-wing politics and parties in Germany is quite unsettling. One of their strategies is spreading fear in mainstream society. How do you, Ferdi, experience the current state of sharing resources, space, and power in Germany as someone who has lived in Berlin for a couple years?

Ferdi: Yes, I have been observing what is going on in Germany and I totally disagree with this fear argument. Even within the group that is promoting this welcoming culture for refugees – I have a lot of friends here that are involved in humanitarian work – I often hear this argument. Along the lines of, “yes, we do care about refugees, but…”

And with numpang we can actually show that a lot of these challenges can only be faced with real interaction, with genuine relations and authentic negotiations.

C&: All the talks and discussions you organized at ifa Gallery were broadcasted live on a web radio channel. Radio is still one of the most immediate mediums. Why did you choose radio in particular?

Dina: I chose to work in radio because it distributes voice and I am interested in the spatial potential of sound. It isn’t something you can see but it is around you. Although you might be listening to it by yourself there is also this sense of other listeners. Basically, it creates this idea of a community. Also, you cannot really say this radio or this sound belongs to me. Sound exists because of such a concept as numpang. It needs air in order to be transmitted. It needs other things in order to exist. This interdependence of radio and sound relates to the idea of sharing and open space. This is why I chose it.

Ferdi: Numpang in Indonesian culture is such a sticky word. Everyone uses it on a daily basis but nobody really thinks about it anymore. I think radio is a great medium because people not only here in Germany but also back home and around the world can listen to it.

C&: What content did you choose to focus on?

Dina: Well, if you look for criteria, I would say that people who practice numpang are often marginalized or live on the peripheries because they do not own property. It makes life difficult for them because they do not have an address or cannot have a proper ID card. In creating relationships, these people can’t focus on value-based property but on other values such as trust. 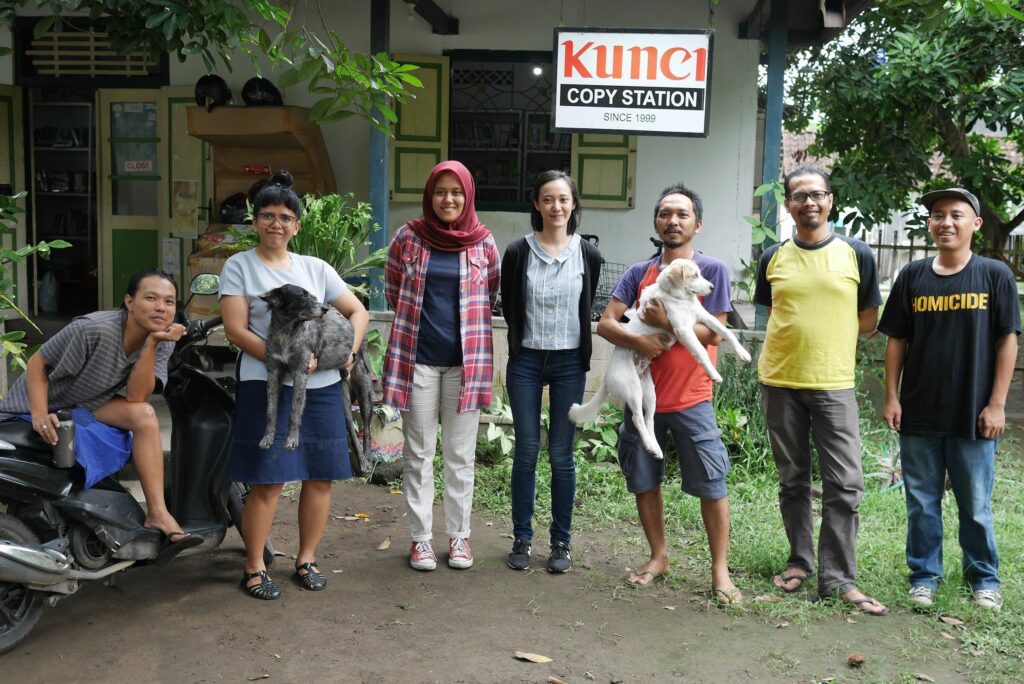 C&: Practicing numpang, what roles do you think the individual plays vs. the collective? Can you even separate the two so easily?

Ferdi: We don’t really try to emphasize this dichotomy between individualism and collectivity or privacy and public space. We are more focused on the relations. People are always in communication with each other, in negotiation. This question will never be solved because individuals are always formed by the collective and vice versa.

Dina: I don’t think we are saying one should sacrifice individuality for the collective or the other way around. We are advocating this position of the user, of someone who is involved in a certain situation and experiences something in it.

C&: Finally, I would like to know what you make of ifa Gallery’s immediate link to the German state and therefore to a very explicit power organ? Can you apply the concept of numpang to this context?

Ferdi: If anything, numpang really is not a project to make things easier. It actually complicates things a bit more because you can’t take everyone for granted. You need to communicate everything and you need to organize among yourselves, be aware of the positions.

radio.kunci was the kick-off for the research and exhibition project Politics of Sharing – On Collective Wisdom. The exhibition will take place at ifa Gallery Berlin from 1 June – 10 July 2016.