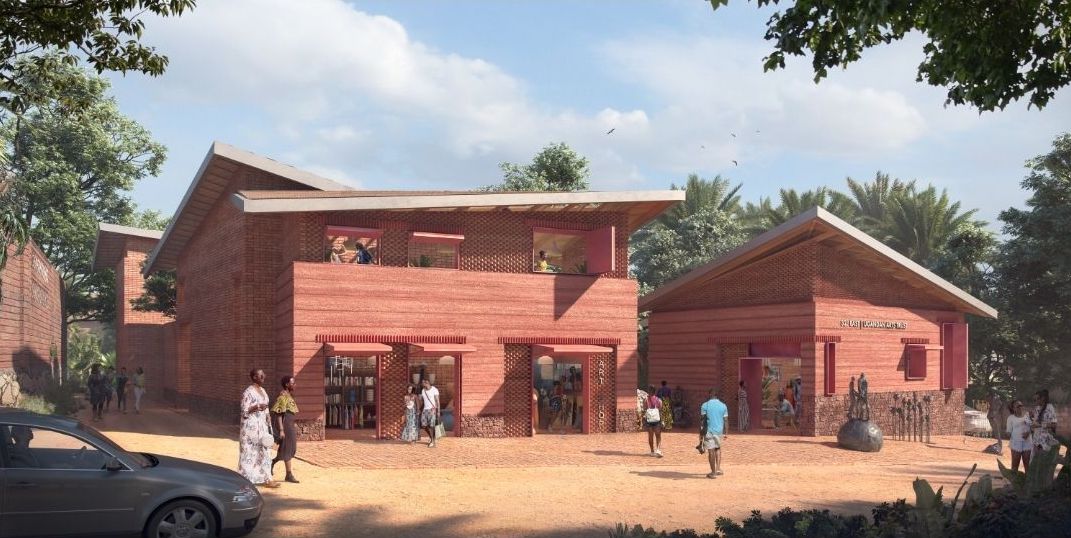 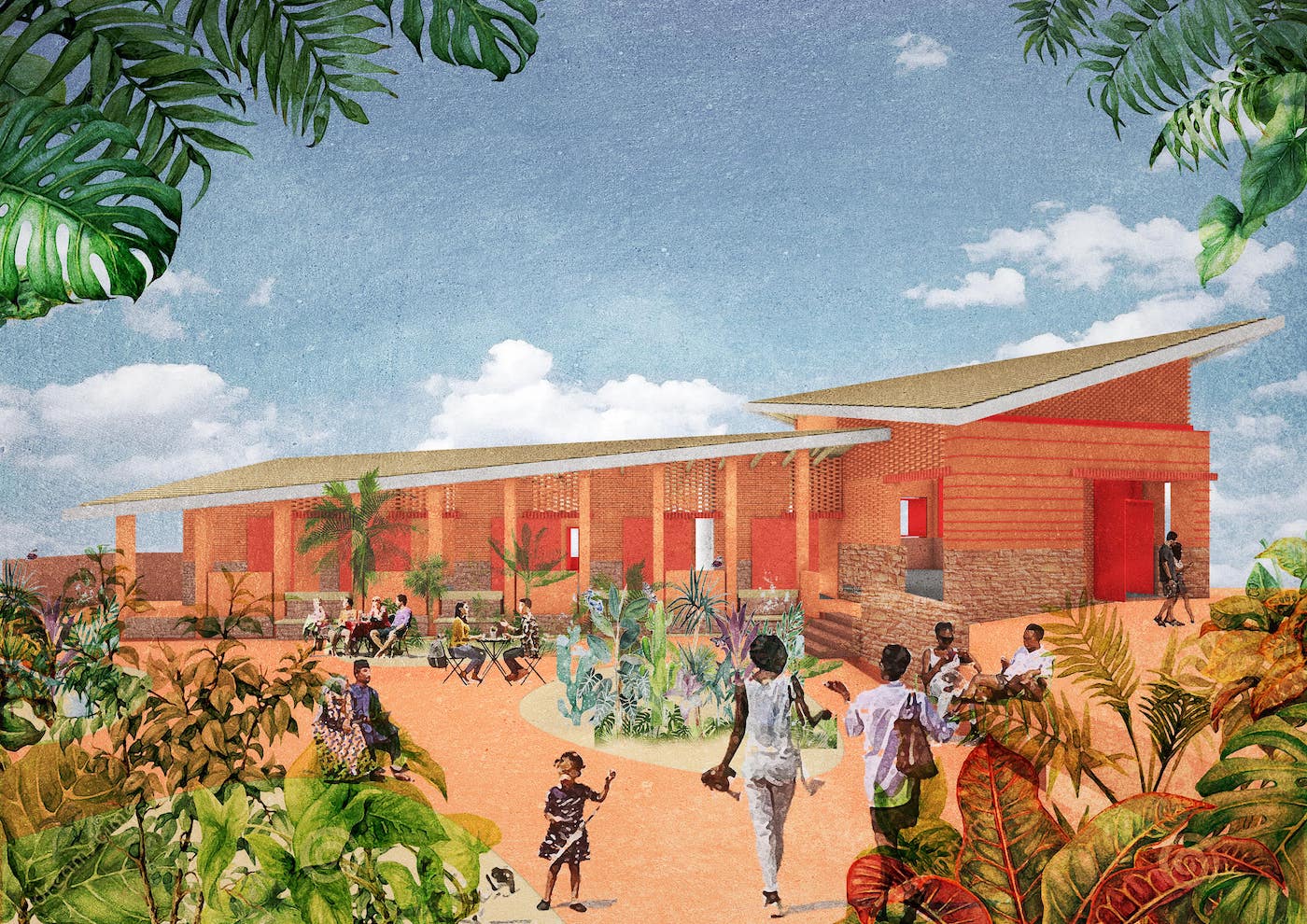 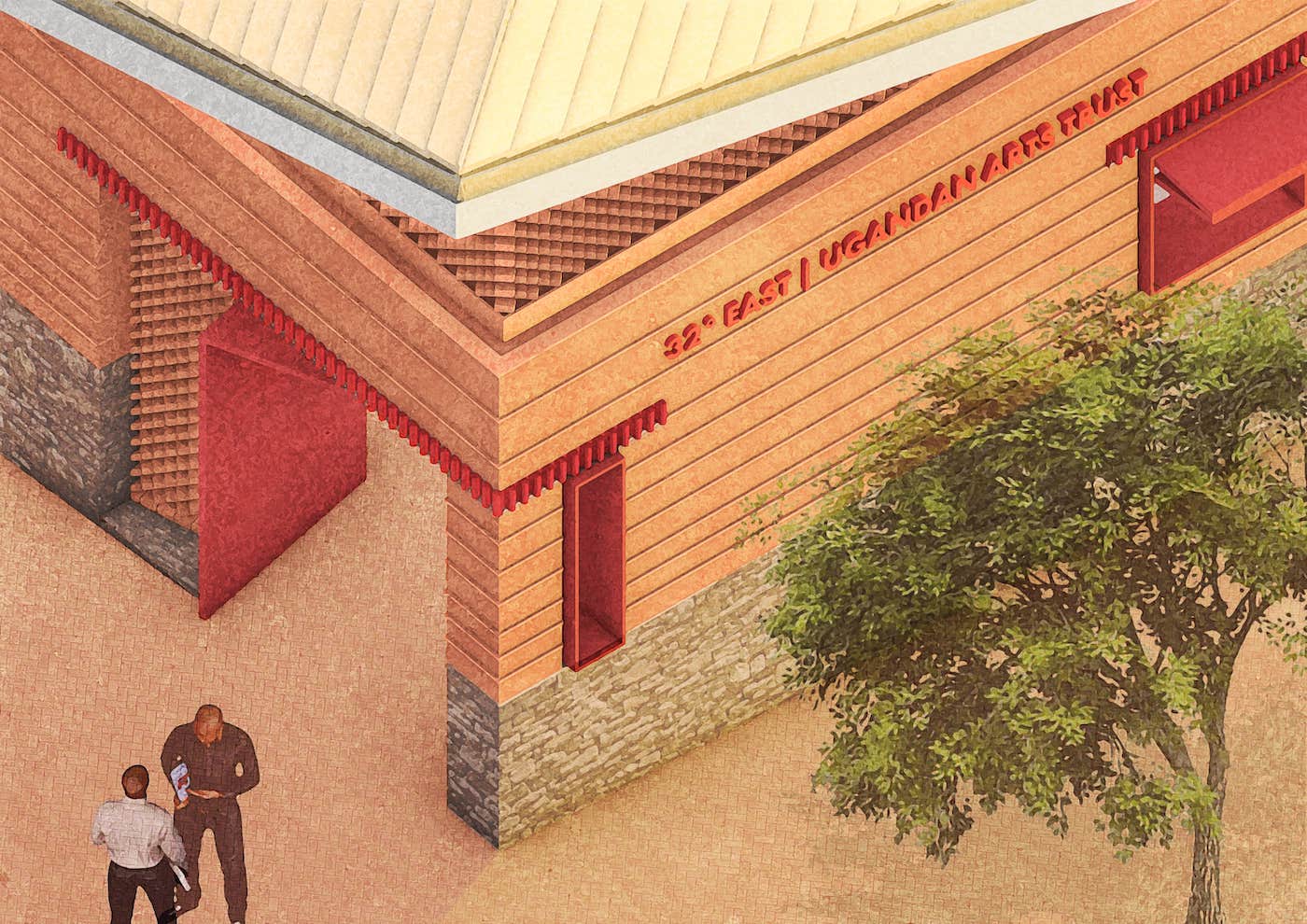 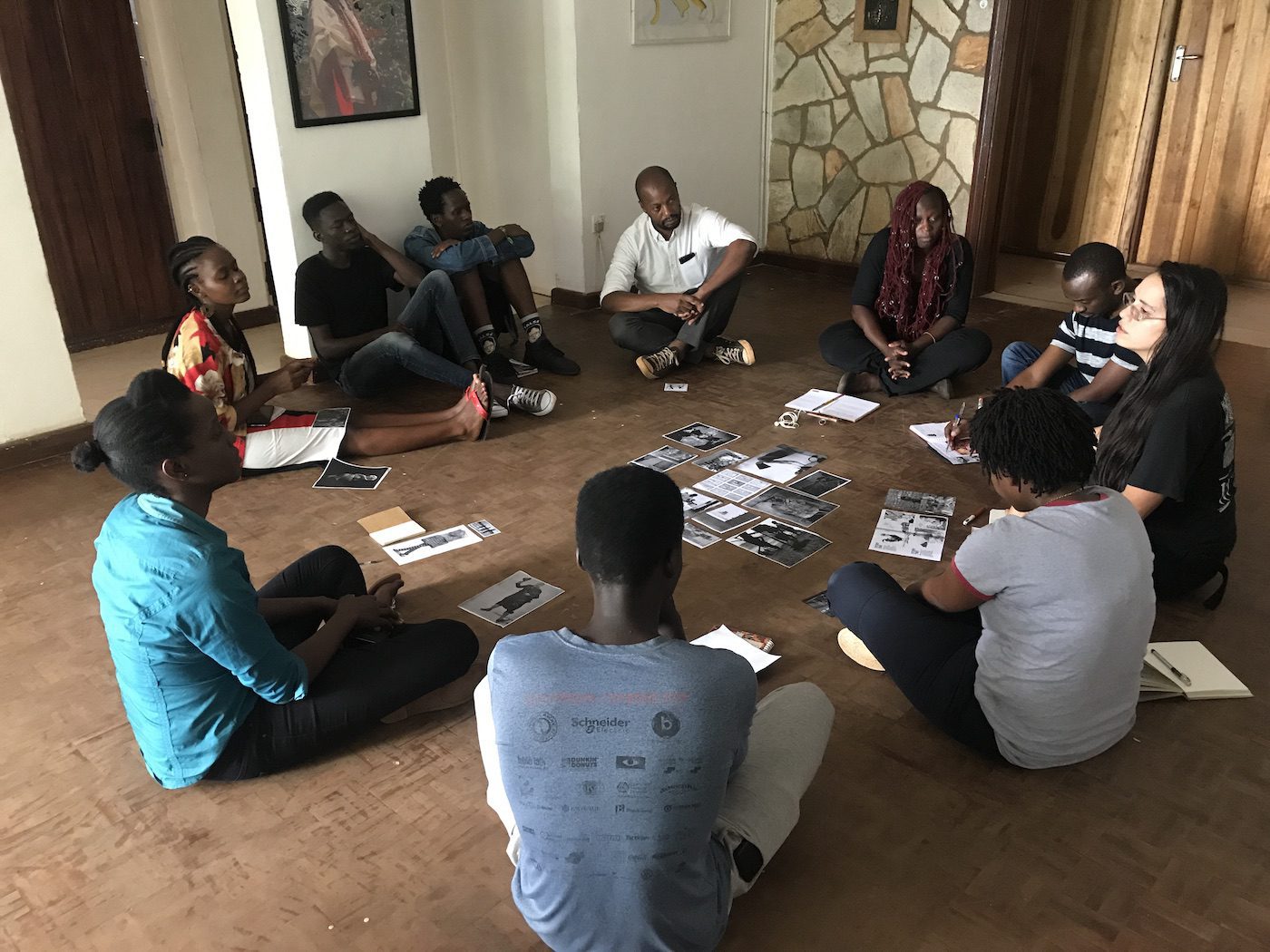 Contemporary And: What is your take on the Kampala art scene in general? And what genre of artists have engaged with the 32º residency program?

Teesa Bahana: The art scene is largely multi-disciplinary – people are hyphenated. They are comfortable with moving between things, so they can’t be pegged down to only one thing. Artists often explore a diversity of materials. A lot of artists are inspired by the natural environments either in terms of how they think of color, how they use natural dyes on fabric, from as far as artists Sanaa Gateja up to today. You have artists like Xenon Ssenkaaba, who is a poet, hip hop artist, painter, fashion designer, and graffiti artist; Sandra Suubi, who is a visual artist but also a performing artist; Martin Kharumwa, who, for example, was working as a photographer during the KLA ART 2018 festival and is now exploring digital illustration; Abe Stacey, who moved from sculpture to photography and to painting; and poets who are telling their stories visually.

C&: Is this multidisciplinary trend something that is fostered by the residency program?

TB: We are in an interesting phase right now. We have not had artists in residence since 2019. In 2019 we instead had KLA ART Labs, and what we found exciting about it is its non-traditional audiences. So we capitalized on the Labs as a residency in itself from which artist would make work for the 2020 edition of the KLA ART festival. This residency is outside our physical space. But we are also transitioning into another space, which is under construction. We will run on-site residencies again once we complete the first construction phase.

C&: How are the KLA ART Labs organized?

TB: It’s an experiment. In the beginning we would have lab sessions, and one of them, for which we invited co-investigators, focused on research and concept development. We view the lab as a metaphor and a framework. In a lab you experiment, investigate, and research. And we wanted to think about that dynamic in mentorship. We have created a really good network with people whose work we find exciting and can speak to artists’ work here. The group was diverse,including choreographer and dancer Lobadys Pérez, curators  Ericka Florez and Sofia Olascoaga, and MADEYOULOOK collective, all art educators critiquing the power dynamics of the education system. Afterwards, we sent artists to participate in residencies with our different partners around the world: Gudskul in Jakarta, Indonesia; Art Group 705 in Bishkek, Kyrgyzstan; Centre Soleil d’Afrique in Bamako, Mali; Lugar a Dudas in Cali, Colombia; Casa Tres Patios in Medellín, Colombia; Crater Invertido in Mexico City and Oaxaca, Mexico; and Darb 1718 in Cairo, Egypt.

C&: Wow! That was extensive.

TB: Extensive and expensive. I am not sure how much we could replicate this program. It was also such a nightmare logistically to get artists in all these different places. You can imagine visa applications to countries that are not familiar with this kind of exchange.

C&: The labs expound on the notion of what spaces can be through mobility – exchange, collaboration, even emancipated learning spaces where the teacher is an ignorant schoolmaster and shares in the curiosity of learners. What are the expansion plans in terms of physical space?

TB: It has been a long process. By the time former Director Rocca Holly-Nambi left in 2016, she had put in a lot of work to get funding from the African Arts Trust to purchase a plot of land. At that point 32º East | Ugandan Arts Trust had been around for about four years and had built a community and found a place where they could gather. We had to make sure that it continued because it is easy for one funder to pull out and all of a sudden the thing dies! When you have a piece of land, artists can always use it.

C&: The gesture of owning something.

TB: Exactly – that permanence and saying it is worth valuing and investing in it that way. It was a big thing to do, and that was the long-term vision to pass on to the incoming director. And the African Arts Trust funded us with 38,000 pounds to purchase a plot together with Stiching Doen who funds us through Arts Collaboratory. With that, we were able to purchase the land in 2016.

C&: This was not the initial plot.

TB: No, it was not. The first plot was in Kansanga.  The area was residential and not as accessible in terms of public transport. Kabalagala, where we got the second plot, is a lively neighborhood.

TB: Around 25 decimals (10,900 sq feet). When we started talking with the board about what the center could be, initially the idea was to move in shipping containers and set up. Later we realized we would still look for money to invest in the new place, to move in and set up We then decided to build something we would want, a center designed with artists in mind – what that would look like?! The dream became bigger and bigger.

With the different components of the new center, part of what we were thinking was: how we could generate income? So that again, we are not super reliant on foreign grants. We will obviously still apply for things, but at least we will have a set income that will come in on an approximately regular basis that can help us be more flexible in decision making. There will be revenue from the café, shop, and accommodation. The larger vision of the center being, again, what it means to be investing in art in this way.

C&: Has the total cost of the property been made public?

C&: Who is the architect and how did you come into collaboration?

TB: James Hampton. When Rocca started talking about the project, she was at the time talking to James. He has opened his own firm, now called New Makers Bureau, a practice making environmentally and socially conscious buildings, offered to do the job pro-bono. James Hampton visited Kampala in 2017.

C&: Is there a local architecture firm collaborating?

TB: They are called Local Works. It is important to mention that it is not just about financial sustainability but also environmental sustainability. Conventional construction has a detrimental impact on the environment. This model shares a message that we can build in different ways, ways which have existed for centuries.

C&: How socially conscious is the building’s design? How does the structure embody the organization’s values of being public, exchanging, and sharing?

TB: The architects have been very intentional and have expertise in working with sustainable architecture. Local Works deal with sustainable architecture and were willing to take on a project like this – the science of curing rammed earth is long, delicate, and deliberate, so not every firm could take on that challenge. The building is centered around a courtyard, and a lot of traditional African architecture has a central meeting area – everything is kind of facing the communal gathering point. But there are also nooks within the building where you can withdraw and reflect in isolation. At the center of the property will be a walled garden with the mango tree on its left that will lead into the gallery. We will be the first rammed-earth building in Kampala.

C&: Who else is funding the construction project in its entirety? Local support?

TB: Oh yes – local support is coming through the 32BreaksGround Campaign, which is still ongoing. Up until this point we have raised USD 325,000 to build the first phase, which consists of a café, library, and three studios. That was the majority of the ground funding from Sigrid Rausing Trust, Outset Contemporary Art Fund, the African Arts Trust, Arts Collaboratory, and private individuals. We want for everyone to be a part of it. The campaign was also a way to tap into our global network and people around the world who still care about arts as something worth believing in and investing in, especially in times of hardship.