Towards New Metaphors of Consciousness

The notion of non-human consciousness is reemerging in the process of reimagining African nature and forms of being through digital arts.

The question of technology in Africa is charged with a sense of relentless speculative urgency. It is still entangled in and confined within the limits of economic growth, mainly as an indispensable tool in the continent’s industrialization and modernization. If posed within this economic framework, speculation about the future Africa is restricted to technicians, economists, and policy analysts. Yet an unprecedented and increasing interest in digital arts from Africa, at home and internationally, is generating new metaphors for technology in the process of reimagining African nature and forms of being.

What digital arts from Africa convey is the extrication of technology from the hierarchy that arranges all technological apparatuses within a chain of production, distribution, and consumption. It is in this ordering system that Martin Heidegger, in his seminal 1954 essay The Question Concerning Technology, referred to as “enframing” (Gestell). But the disruption inherent in African digital arts is also the position of most computer-based expressions that aim to extricate technology from positivism, from the precept that only the quantifiable are real. It is in this tradition that the intentional insertion of non-human consciousness within objective reality, the physical world, has become the trope for digital arts from Africa. 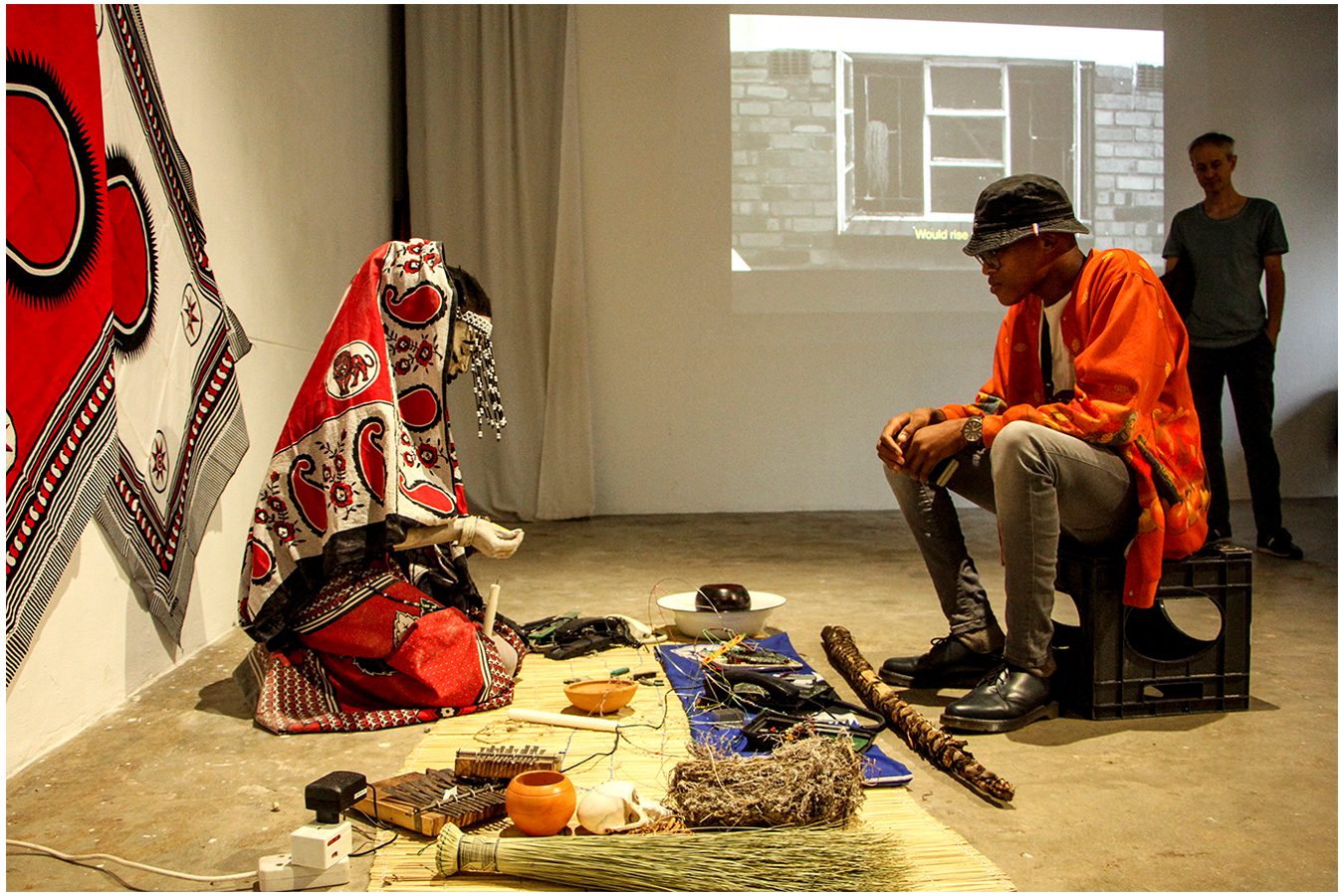 Arguably some of the most speculative of these works were developed in 2018 during the Fak’ugesi African Digital Innovation Festival, under the generic theme of “Premonition.” Digital technology was not merely reimagined as apparatus, as an extension of mathematical and scientific calibrations, but as an integral connection to the spiritual world. Nkhensani Mkhari used the single-point focus of a camera, for example, to formulate an attachment to ancestral spirits. Through his video installation Xigona (2018), Nkhensani personified the Xitsonga giant, the one-eyed spirit Xigona, which according to Tsonga beliefs roams among humans.

Embedding Xitsonga cosmology and ontology—concepts of nature and form of being—into the material world of technological innovations, Nkhensani’s allographic art belongs among those reimagining the appearance of non-human consciousness. Its tendency towards the intangible or even the magical has precedence in, for example, the spiritual photography of the nineteenth century. In pursuing things that appear subjectively in objective reality, photographers superimposed amorphous forms in their prints. Although spiritual photography was accidental, occurring as a result of multiple exposures, it shaped certain beliefs of the time: a movement emerged through the belief that photography has a connection to the spiritual realm, and can mediate between humans and spirits. 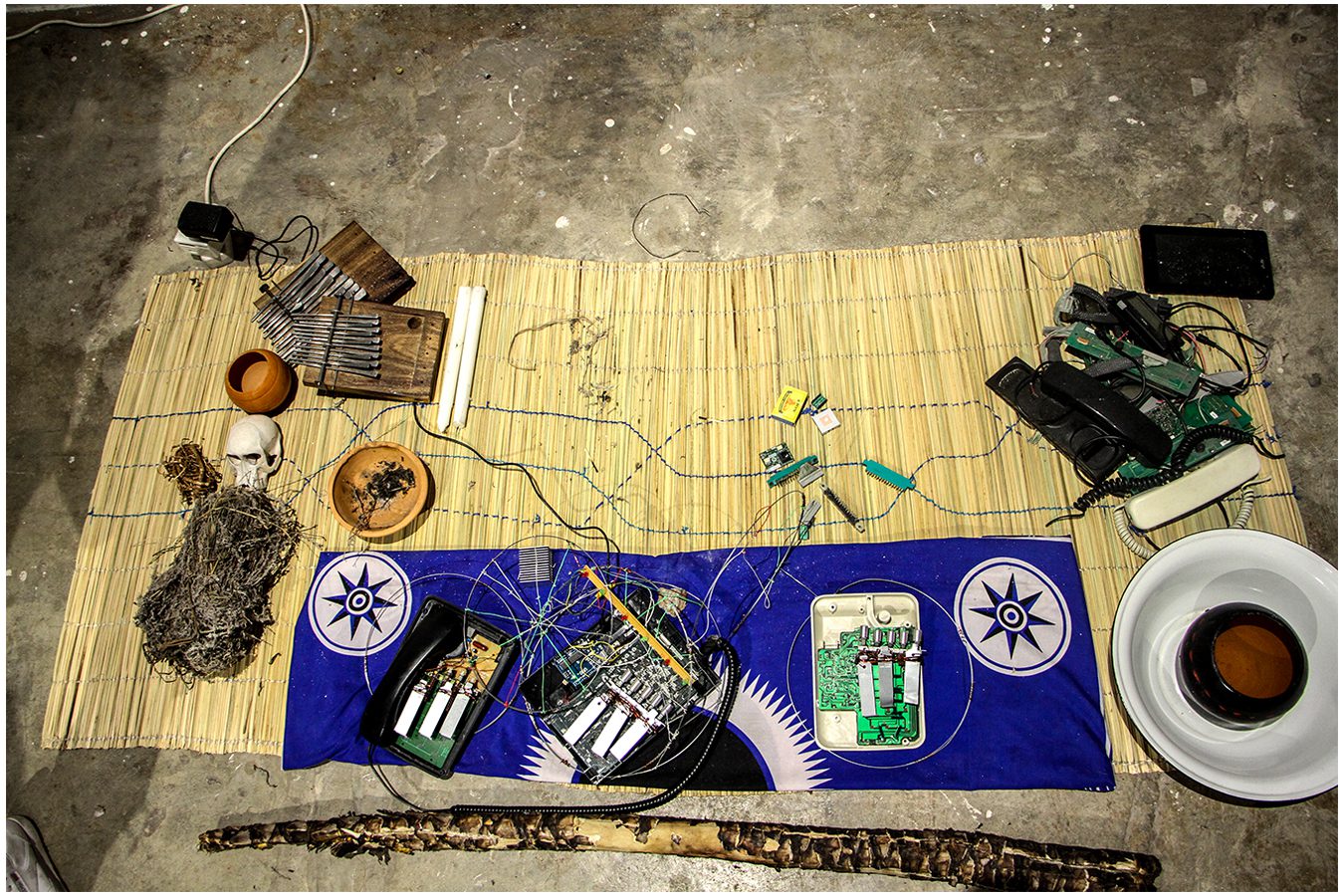 Joshua Chiundiza’s Bones and Dual Tones (2018) was a radically interactive sound and performance art installation proposing the potential of creating connections to African cultural practices through digital technology. It foraged for vibrations and voices that exist beyond the objective world, and so essentially explored subjective reality—a reality that is unique to each of us. Phone receivers connected within a circuitry became terminals for interaction with the imaginary, and voices on both sides of the receiver were unintelligible. Using recorded samples of Mbira, a traditional instrument from Zimbabwe, Chiundiza’s project reclaimed a spatial relationship with the spiritual realm, reinventing cultural practices through a material, electronic medium accessible to younger generations.

Through the act of bringing forth, Chiundiza, like Nkhensani, explored a non-human consciousness that defines much of African cultural practice. Appearance in tactile, auditory, or visual form is the pedestal for technological advancements that precede scientific empiricism. Science, upon which modern technology thrives, has always aspired to the magical, in a way that reproduces acts of remote communication, movement, and extraction of energy from nature. Magical spectacles have always thrived on concealment. The act of bringing forth taps into this fuzzy zone of the pneuma, of the energy that circulates within nature, including communication between non-human agencies, and transposes it into awareness. 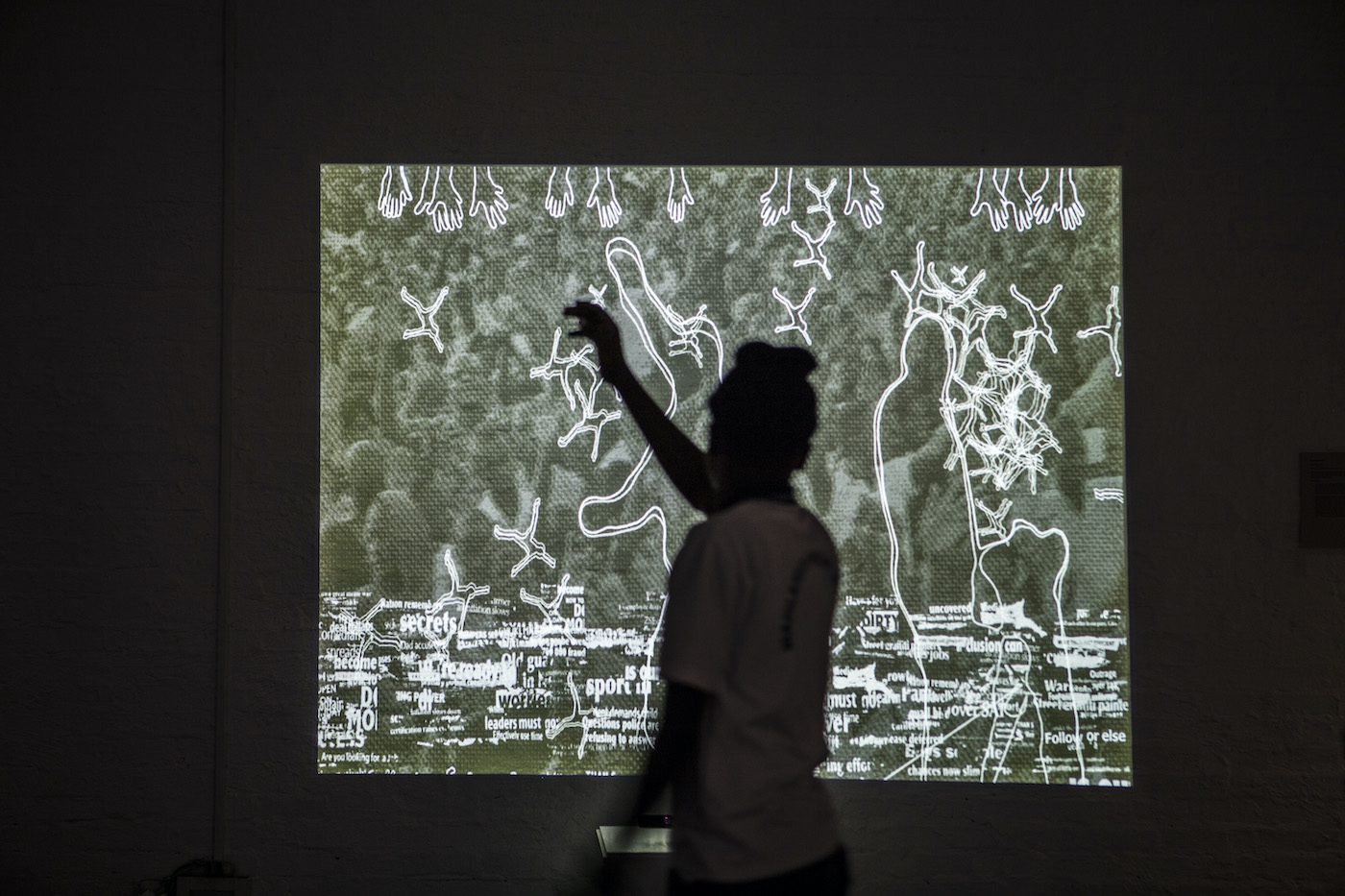 These models are tentative, entering into territories that have been dismissed as irrational, particularly when approached from a positivist perspective. They do not aim for the empirical, for the practical, but for a visceral connection to non-human consciousness. In Kombo Chapfika’s Borderlands (2018), the digital gained a proprioceptive quality by creating an awareness of the body that is enmeshed within a hallucinatory spectrum. By standing in front of kinetic sensors, the viewer could engage a shadowy, psychedelic form. This augmented reality installation, showcased at the Wits Art Museum, recreated the effect of taking Iboga, dried roots used among the Bwiti tribe to induce hallucinations during communal ceremonies. It was a metamorphosis, an awareness of a lightness of being, that this work achieved and which presented a salient model of what technology, and digital arts in particular, can achieve in the process of reconfiguring communal values. 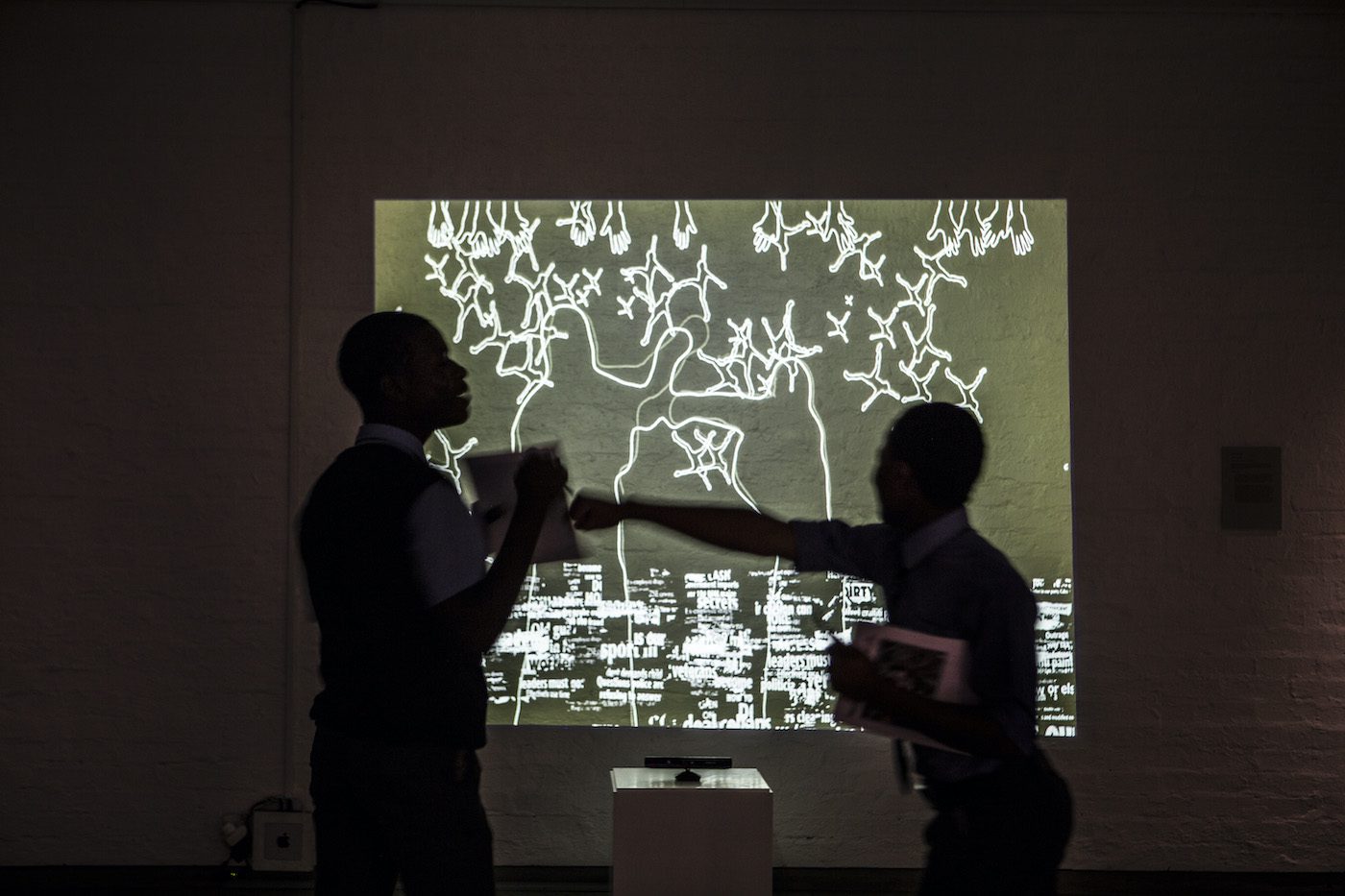 Increasingly, digital arts from Africa have become spaces for detachment and for a reconfiguration of what it really means to recover cultural practices that have been concealed because of imposition by European ontologies. Formulated within a framework of speculation, and refusing to feed the capitalist system, digital arts can transform into media that simultaneously invite and revive communication with the spiritual realm, such as communication with ancestors, a common aspect among African cultural practices. As the notion of non-human consciousness regains relevance, digital arts from Africa are becoming a locus for the recovery of concealed nature and forms of being that were systematically repressed through centuries of invasion and indoctrination.