In 2017 three friends in Helsinki, Finland, joined forces to counter the inaccessibility of rent-free cultural centers to immigrants and foreign artists in their city. The final outcome came to be the Museum of Impossible Forms – M{IF} – located in Kontula, an immigrant neighborhood on the outskirts of the Finnish capital. We met members Ahmed Al-Nawas, Marianne Niemelä, and Christopher Wessels to find out more about the history of exclusion in Finland and how M{IF} is changing that.

Contemporary And (C&): How did the three of you get together to create a new cultural center in early 2017?

All: We knew each other already from studying at Aalto University Master’s programs. During our studies we had formed a space called Third Space, with the idea of having an artist-run rent-free space in the Helsinki city center. We found that the Finnish gallery rent system was almost impenetrable for immigrant or foreign artists, since they did not have a similar access to the grants that were needed to secure exhibitions. We saw the opening of a rent-free space as something that was at the same time urgently needed and beneficial for us as a collective, but also as a statement.

C&: Why in a suburb of Helsinki?

All: After a few years of running Third Space we became aware that what had started as an attempt to offer free exhibition space to mostly young foreign/immigrant artists, was fast becoming just another gallery in the art district. We were drawn to Kontula because of its vibrant atmosphere and large immigrant population, which we considered to be the community that we thought that we should be working with in the first place. And where we felt we wanted to locate our practice.

C&: Ahmed, you know Kontula from the 1990s when you were a teenager. Can you tell us a bit about how it has changed?

Ahmed Al-Nawas: Kontula was built during the 1960s and 1970s. The large brutalist apartment blocks offered affordable larger spaces for rural working migrants and families suffering from the crowdedness of Helsinki’s city center. The neighborhood was described as “concrete in the middle of the forest,” a reference to its geographical isolation. When immigrants like myself arrived during the economic crisis of the early 1990s, we were located in public housing suburbs. In Kontula, for example, the large number of local unemployed white working class reacted towards us in a very devastating way. At that time racism was a daily experience for a brown teenager like myself. To be attacked by skinhead gangs in broad daylight in the middle of the street in Helsinki was the norm in the 1990s. In fact, next to where our museum is located now, there was a skinhead social club. Today, things have changed dramatically. The mall is now largely run by first generation migrants, and a different kind of gentrification is happening. The diasporan community is now more focused on building self-efficiency instead of assimilating to what white Finland wants to taste, hear, or see. 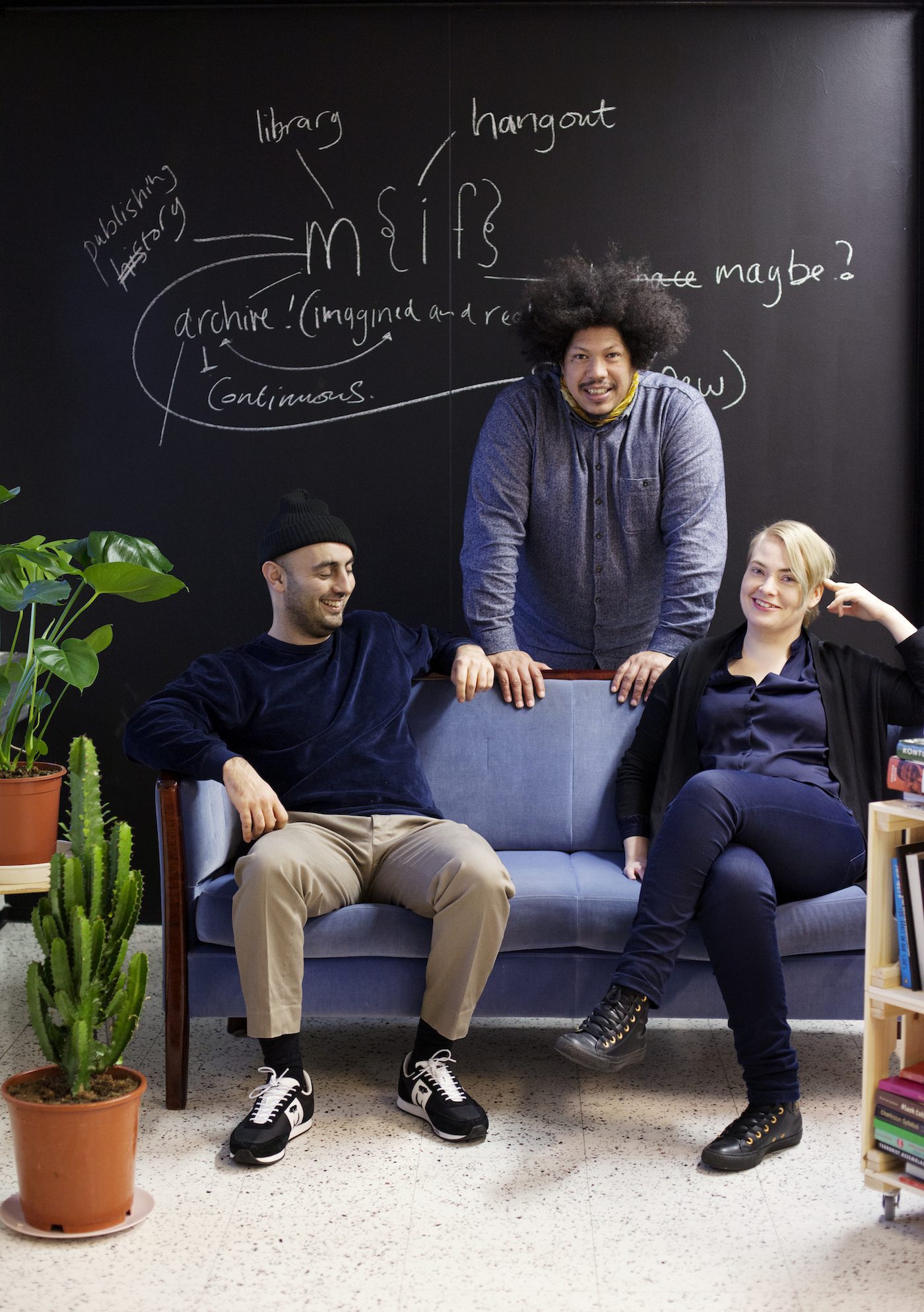 C&: M{IF}’s aim is to instigate discussion on decolonial and feminist thinking and to encourage an anti-racist dialogue. How do you implement that in Helsinki?

All: We have always thought of or conceptualized M{IF} as an archive: reaI, imagined and embodied. All our situated practices, from our publishing table to Society of Cinema to the writing workshops, are geared towards this. For us it is a continuous reflection on how we manifest this, constantly looking at old strategies and inventing new strategies in the pursuit of this.

C&: Do each of you contribute a specific approach? Christopher, you’re a cinematographer. And Marianne, you’re interested in gender issues.

Marianne Niemelä: I would say that instead of forming specific approaches as such, our backgrounds, connections and personal interests are constantly specific in our work and decision on content. For example, having for several years participated in queer and feminist activism, I find it only natural that it also comes up in my interests as a curator. In addition, of course I also want to make sure that our dedication to maintain a practice devoid of sexism and homophobia runs through everything we do. Thus, gender issues are also reflected in how we function as an institution in our daily operations, not just in our program.

Christopher Wessels: I bring the hustle, that’s how you survive. And when engaged in a project that is focused on change, on the future, knowing how to hustle helps. Hustle as agency despite material shortcomings.

C&: Your space is also open for other initiatives. You told me that the online magazine Brown Girls holds editorial meetings here.

All: When conceptualizing the space, we were thinking that ideally the space would function as a gathering space, a “hang-out”, where gatherings and meetings would happen organically. Thus, we thought that joining our efforts with the Ruskeat Tytöt (Brown Girls) media collective in terms of shared working space was an attempt to breathe life into the space. Also, it was a way of opening the space more and expanding our creative networks.

C&: M{IF} has a press and a multilingual library. What do you like about books and reading?

MN: I think that the aim of our self-publication projects has largely to do with representing a type of knowledge production that originated from the margins. For me, zines have also always been an important part of community building in queer and feminist subcultures. It is  a way of gathering, but also expressing one’s thoughts in an easily approachable way.

C&: How do you want your program to evolve in the future?

MN: I would like us to evolve into engaging further with the local community. The projects aimed specifically at local schools, for example, are important. For me, central to this aim of opening up is the development of the library and self-publishing projects, as well as taking events such as performances and concerts outside the space and into the public sphere.